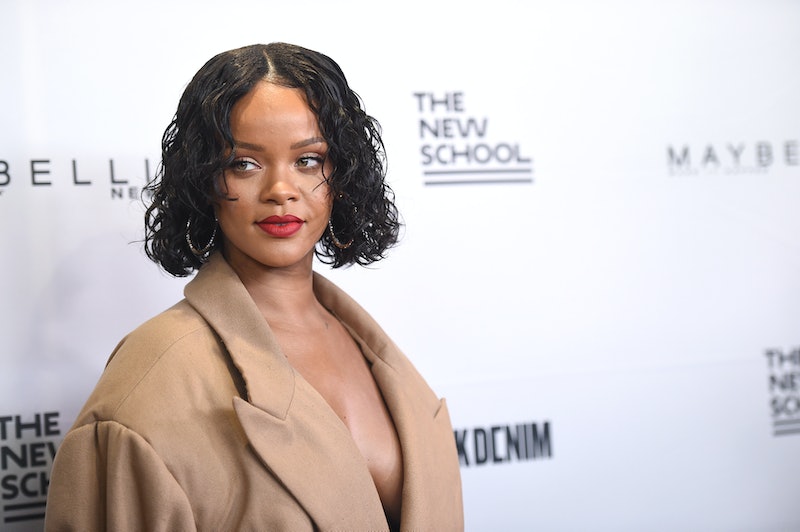 Fenty Beauty made news last week when the brand announced a whole new set of beauty products just in time for summer. One of those launches was supposed to be three new additions to the Killawatt highlighter family — but the announcement of the new luminizers certainly didn't go off without a hitch. Just before launch, Fenty Beauty pulled the Geisha Chic highlighter after fans protested that its name was culturally insensitive.

The three new highlighters announced on March 29 were Mo’ Hunny/Afternoon Snack, which is a soft bronzed champagne; #PENNY4UTHOTS, which is a metallic burnt copper; and Geisha Chic, which was a metallic pink. The latter represented a rare misstep for Fenty, with the brand receiving immediate criticism for cultural appropriation.

According to HypeBae, underneath the now-deleted Fenty Beauty Instagram post that announced the shade, followers raised their concern over the highlighter name.

"I’m really excited for this launch, however this shade name Geisha Chic is not great because it ignores the history, full weight, and overall experience of being a geisha," once Instagram user shared. "I’ve been waiting for color like this, but I don’t want to question my judgement if I purchase this product with the current name. Please change the name so I can shine this summer with this heat!”

"I think it’s really important that you all rethink this name, as there is a long oppressive history of geisha culture and the fetishization of it is something people need to move away from,” another fan commented on Trendmood's post about the highlighter. “Please reconsider.”

Fans went to message the brand directly on Instagram voicing their concern, and the brand has since pulled the product after hearing what its community had to say. One such fan shared their experience on Reddit, posting a screenshot of their conversation to the subbreddit r/BeautyGuruChatter. In it, Fenty Beauty confirms it will be pulling the highlighter.

In response to a request for comment by Bustle, Fenty Beauty reps shared the message they've been sending to fans and supporters through social media: "We hear you, we have pulled the product until it can be renamed. We wanted to personally apologize. Thank you so much for educating us."

According to Insider, "representatives did not comment on when the product will be renamed and released" when asked.

Fenty Beauty is known for its inclusion, so the Geisha Chic label was unexpected. For example, Fenty Beauty has single-handedly changed the industry standard when it comes to foundation lines, making 40 shades the new normal. During its launch, many women got matched with their shade for the first time in their lives. The brand has also spent two years creating eight shades of bronzer, so all skin tones could be represented.

"We are always on the lookout for the ones who still haven’t found their shade, because nothing is more important to us than making sure no shade is left behind,” Rihanna recently wrote on Twitter.

The highlighter name was a blunder, but many fans have since forgiven the brand thanks to Fenty Beauty's swift response and apology.

"Good for them, not only apologizing but taking action, and giving no excuses," a Redditer commented.