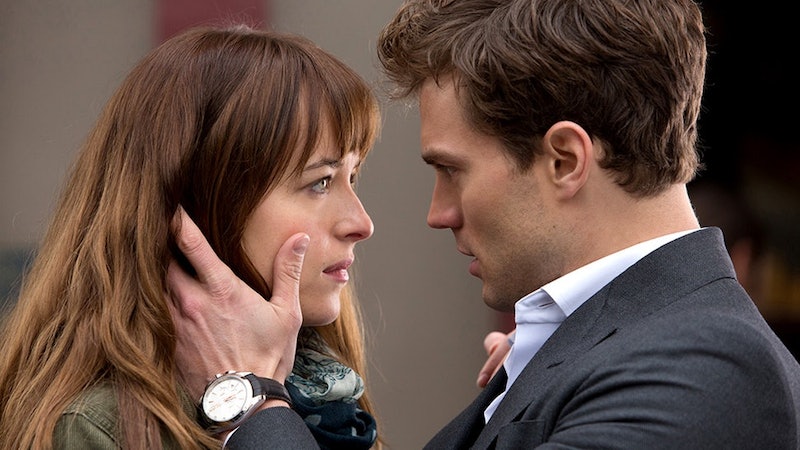 It was almost impossible to escape E.L. James's erotica series, the wildly popular Fifty Shades of Grey, in 2011 and 2012. The books — which follow literature student Anastasia Steele and young entrepreneur Christian Grey as they embark on a relationship in which Grey introduces Ana to his sexual proclivities —were a massive worldwide hit, spawning a trilogy of films and at least five Red Room's worth of debate and controversy. But while readers and film-goers everywhere were discussing the series at length for years, James was quietly biding her time until announcing her next book release. But the wait is officially over, with the news that E.L. James's new book, The Mister — her first in seven years — will be hitting shelves on Apr. 16, 2019. Bustle's got all the details below!

Vintage Books, the Penguin Random House imprint that launched the Fifty Shades of Grey trilogy in 2012, will also publish E.L. James’s new novel. Here's what we know about the plot so far: it's a contemporary romance set in London, Cornwall and Eastern Europe, and it follows a privileged and aristocratic young Englishman named Maxim Trevelyan and the mysterious, talented, and beautiful Alessia Demachi, who’s recently arrived in London with a dangerous and troublesome past. It sounds like The Mister will contain the same dark undertones of Grey's, though there is no telling yet just how far into the erotica pool this one will dip.

'The Mister' by E.L. James
Amazon

In a statement released by Penguin Random House, James says: “I’m so excited to finally get this passionate new romance out into the world. It’s a Cinderella story for the twenty-first century. Maxim and Alessia have led me on a fascinating journey and I hope that my readers will be swept away by their thrilling and sensual tale, just as I was while writing, and that, like me, they fall in love with them.”

You'll have to wait until April 16 to get your hands on this one, but if The Mister is anything like Grey's, James fans certainly won't mind holding out for the indulgence just a little bit longer.