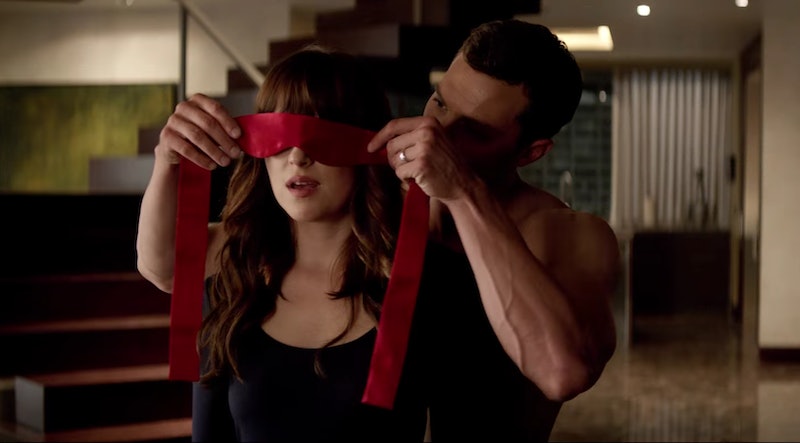 Contrary to popular belief, Fifty Shades of Grey is not the most sexually explicit narrative film ever made. The movie doesn't even feature full frontal male nudity, and neither does its sequel Fifty Shades Darker or the final film in the trilogy, Fifty Shades Freed. Nor were there ever rumors that the actors involved had sex on set, unlike rumors that surrounded the productions of Nymphomaniac (2013) and The Lover (1992). But even without those two things, Fifty Shades of Grey proved to be widely controversial, both when E.L. James' book was published in 2011 and again when the movie adaptation was released in 2015. Looking back, the controversy seems to have been mainly fueled by the story's mainstream appeal. All of a sudden, movies about dark sexual fantasies and BDSM were normal, not stuck on the cultural fringes.

A few factors made Fifty Shades of Grey the mainstream hit that it was. First, there was the bestselling book it's based on, but beyond that, what helped the film get worldwide recognition was how it catered to a female audience. Instead of focusing on the male gaze and male pleasure, the film was solely focused on women. Ana's sexual pleasure was prioritized consistently throughout the film, and she was its driving protagonist — something that could be attributed to the team of women behind the scenes. Fifty Shades of Grey was directed by Sam Taylor-Johnson, written by Kelly Marcel, and edited by a team of three women, Anne V. Coates, Lisa Gunning, and Debra Neil-Fisher. (All of whom, it should be noted, were replaced by men on Fifty Shades Darker.)

And it's not a fluke phenomenon. Magic Mike, a sexy film similarly sold to female audiences, made over $167 million worldwide on a budget of just $7 million, according to Box Office Mojo. Its sequel Magic Mike XXL, essentially a love letter to heterosexual women's desires, made $122.5 million on a $12.8 million budget. It might be a far cry from the billions of dollars generated by superhero franchises, but it's enough to prove that studios can, in fact, make female-centered sexy movies and make a hefty profit.

"The studios and financiers are going to be conscientious of putting something out there that could alienate audiences and restrict the potentiality of the film," producer David Permut told The Hollywood Reporter, speaking about the #MeToo movement. Permut, who recently worked on Mel Gibson's Hacksaw Ridge, should know firsthand that studios still like to take chances. Still, he has a point. While Hollywood has consistently proven itself willing to bet on the rehabilitation of white men (i.e. Gibson) and on violent content that pushes the envelope, it has never given women or their stories the same benefit. Fear of failure might not have been enough to dissuade studios from backing a Gibson movie, but it could be enough to keep them from investing in sexual content for women.