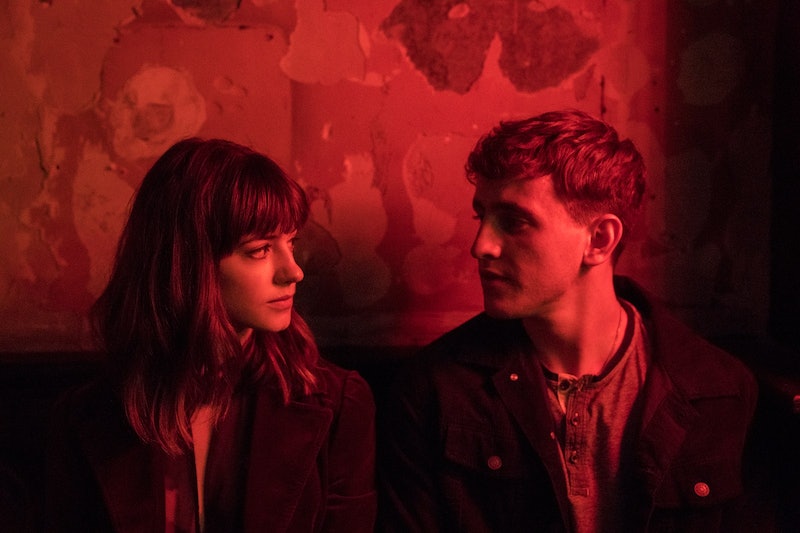 In the last few years, one Irish author's novels have been the talk of the town. Crossing the lips of fans of literature and opening the floodgates to the complexities of human relationships. Yes you guessed it, Sally Rooney has basically killed it. And not content with bestselling novels, she's helped write the screenplay for the upcoming TV adaptation of Normal People. And the first photos from BBC Three's Normal People are about to get you limbered up for some TV excellence.

The show was made by BBC Three and will also be available over in the U.S. on Hulu. It's set in Ireland and is the story of two teenagers who meet in school and go on a long and tumultuous emotional journey together.

Casting for the two main characters, Marianne and Connell, was kept shctum for a while, but once the stars were revealed, the hype began. Daisy Edgar Jones and Paul Mescal are ideal as the pair and just one look at the stills from the show will have your heart skipping a beat and readying you for some seriously hectic tear-filled episodes. In one photo, where the two are sitting under a red light, clearly shows there's a lot of chemistry between Marianne and Connell, fans of the book will be relieved to hear.

The show is being shot on location in Ireland and photos show the famous cobblestones of Dublin's Trinity College and some seriously lusty gazes between the now famously tragic couple. The Independent reports that there are to be 12 in total so you might need to nip down Boots for a jumbo box of tissues.

The show is to be directed by Lenny Abrahamson. Refinery 29 reports that Abrahamson was tickled pink with the casting.

"In Daisy Edgar-Jones and Paul Mescal, I feel I have found two young actors who can vividly capture Marianne and Connell and bring alive the profound and beautiful relationship at the centre of the story."

Rooney's success has been stratospheric since her first novel, Conversations With Friends hit and subsequently flew off the shelves. Mainly because, to people of a certain generation, the experience of her characters was so relatable.

Rooney spoke to O Magazine about why her style seems to be such an identifier to Millennials:

"The reason my characters are people of my generation is honestly because I'm imaginatively quite limited. I write about stuff I know about — not things that have happened to me, but things that I can imagine happening to somebody like me."

More like this
Rupert Grint Just Shared A *Major* Update About Ron Weasley’s Future
By El Hunt
Olivia Colman Stars In First-Look Trailer For BBC's 'Great Expectations'
By Sabah Hussain and Sam Ramsden
Everything To Know About The 'Daisy Jones & The Six' TV Series
By Maxine Harrison and Brad Witter
6 'Happy Valley' Easter Eggs You May Have Missed
By Sophie McEvoy
Get The Very Best Of Bustle/UK
Sign up for Bustle UK's twice-weekly newsletter, featuring the latest must-watch TV, moving personal stories, and expert advice on the hottest viral buys.