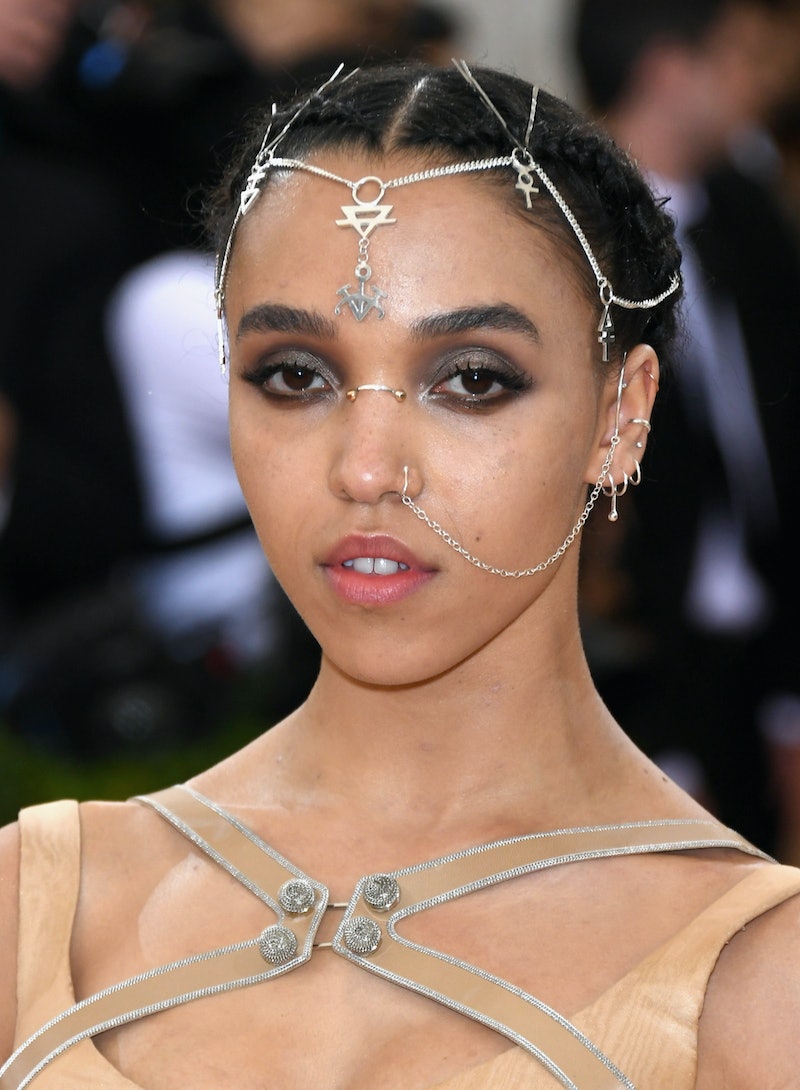 British singer-songwriter FKA Twigs loves her privacy, but on Wednesday, she opened up to her fans in a big way. In a new Instagram, FKA Twigs revealed her battle with uterine fibroid tumors, a common health condition that became incredibly painful for the multi-talented artist. The tumors were so big and painful that Twigs, who has worked for years professionally as a dancer as well as a singer, felt that her body might "never feel the same again."

In her post, FKA Twigs (whose legal name is Tahliah Barnett) revealed that she hesitated to speak openly about her health condition — which is not surprising, considering how often she refused to address her former relationship with actor Robert Pattinson, whom she was reportedly engaged to for a few years. She wrote:

The singer then revealed that the pain was "excruciating," and that the experience of recovering from her laparoscopic surgery last December left her in a particularly dark place. "I felt really alone and my confidence as a woman was knocked," she wrote.

However, she described the experience of dancing again as making her feel empowered. In the post, she shared a video of her performing very athletic and nimble pole choreography while dressed in her skivvies. Twigs wrote, "Thank you precious body for healing, thank you for reminding me to be kind to myself, you are a wonderful thing, now go create and be other once again."

Though she does not say so explicitly in her post, her medical issues could partially explain why it's been a while since the last time she released a new song. Her last EP M3LL155X was released in 2015, and her last single released was 2016's "Good to Love." Though, she did show off her incredible dancing moves in a recent Spike Jonze-directed four-minute advertisement for Apple's HomePod.

The Center for Disease Control classifies uterine fibroids as a "common" reproductive health issue for women of a childbearing age. Symptoms often include lower back pain, heavy and/or painful periods, pain during sex, and increased urination. It can affect a woman's fertility and lead to miscarriages, though sometimes no symptoms are present.

Fibroid tumors are benign, and, according to U.S. Department of Health and Human Services, can often can go untreated. In the case of mild symptoms, like minor pain or changes to a woman's menstrual cycle, the condition might be treated with common medications like over the counter pain relievers like Ibuprofen or with birth control pills. Yet, in severe cases, like Twigs', surgery might be necessary.

The singer gave a shoutout in her post to other women who have struggled through this condition. She wrote:

"I know that a lot of women suffer from fibroid tumours and I just wanted to say after my experience that you are amazing warriors and that you are not alone. you can get through this."

Though many women face symptoms from the condition every day, it is rarely talked about by public personas. Hopefully with FKA Twigs opening up about her experience, other women will feel comforted know that they are not alone and there is hope that, with proper care, they could be back to feeling better in their bodies as well.