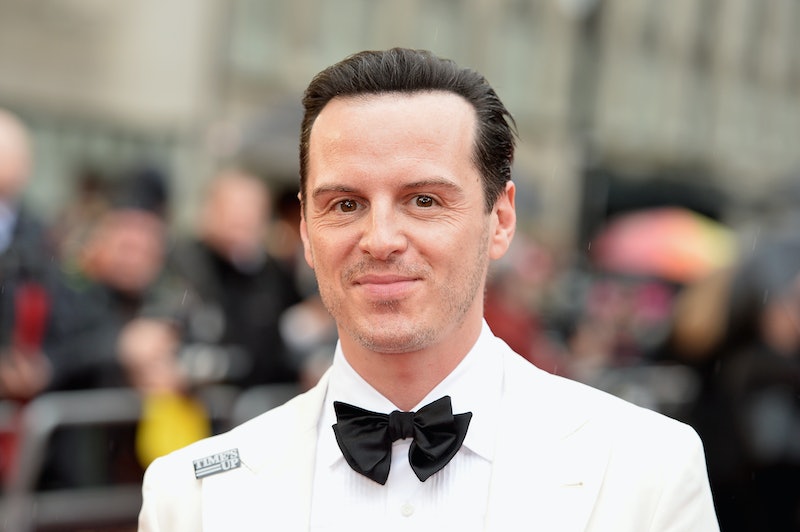 He’s the actor who gave Fleabag fans across the globe a priest complex. There were so many things that made season two of Fleabag one of the best things on TV in 2019. From Phoebe Waller-Bridge’s amazing writing, Claire's pencil haircut and Andrew Scott rocking religious robes like no one ever has it was a joy to watch. Scott has received a ton of well-deserved media attention after his role as the hot priest and he’s using it for good. Andrew Scott has explained why the term “openly gay” is problematic in a new interview and in doing so has made a super important point about the way that LGBTQ+ celebrities are spoken about.

It’s no surprise that Andrew Scott made waves at the annual GQ Men of the Year Awards. He picked up Standout Performance of the Year. In an interview with British GQ he spoke about the way that LGBTQ+ actors are described in the media. He said, “you’re never described as openly gay at a party – ‘This is my openly gay friend Darren’, ‘She’s openly Irish’. It implies a defiance I don’t feel.”

In the interview he argued that he didn’t see an issue with LGBTQ+ actors playing straight characters on screen and vice versa. He played Waller- Bridge’s love interest (and the nations) in series two of Fleabag. He said, “sexuality isn’t something you can cultivate, particularly. It isn’t a talent... You believe the relationship, that’s my job.”

Scott was among a number of super high profile and successful celebrities honoured by GQ on Sept. 3. It felt perfect that it was his co-star Phoebe Waller-Bridge who presented him with his award. Speaking about sharing the stage with her he told GQ, “what a beautiful thing. I’m so touched that Phoebe came to do that for me. I’m thrilled that it was Phoebe.”

While Scott may have captured our hearts with “kneel” (if you know, you know). But he’s kept them by not only praising his phenomenal cast mates and speaking out honestly in interviews, but also by giving fans queueing to see Fleabag on stage a treat that the Hot Priest himself would be proud of. Waller-Bridge's original one-woman show version of Fleabag is currently showing in the West End and as queues started to build up outside the theatre he emerged with the writer herself to dish out some cans of gin and tonic. Very on brand.

The hot priest may have been introduced in Fleabag Season 2 but I can hardly imagine the series without Scott. In an interview about the show with the Guardian he shared his favourite thing about it. “What I love about Fleabag is that it talks about sex in what Americans would call a very sex-positive way. It’s the thing that every single person in the world is interested in, whether they are sexual people or not,” he said.

There’s no denying Scott deserves all of the accolades and recognition he’s getting. From dishing out tinnies at the theatre to making an important point about language, I really hope he’s here to stay.

More like this
Adam Ali Hopes 'Waterloo Road' Will “Subvert” Queer Misconceptions
By Sam Ramsden
Adam Lambert Called Out The George Michael Biopic Over Potential Casting
By Sam Ramsden
Everything To Know About The 'Daisy Jones & The Six' TV Series
By Maxine Harrison and Brad Witter
Yes, 'The Price Of Glee' Is Available To Watch In The UK
By Catharina Cheung
Get The Very Best Of Bustle/UK
Sign up for Bustle UK's twice-weekly newsletter, featuring the latest must-watch TV, moving personal stories, and expert advice on the hottest viral buys.