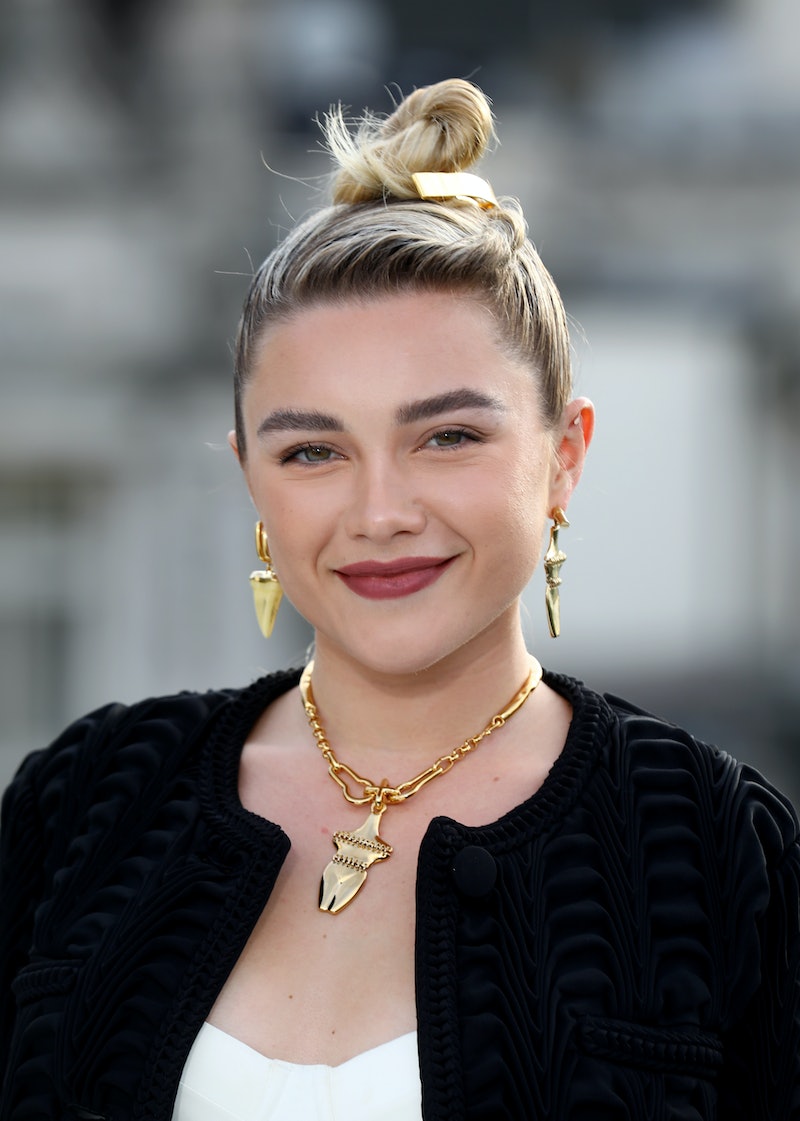 And the award for best reaction to being an Oscar nominee goes to... Florence Pugh! On Monday morning, Pugh shared her reaction to her Oscar nomination on Instagram, and it included a nip-slip covered only by avocado emojis. The Little Women star was seemingly still in bed when she heard the news that she had scored a Best Supporting Actress nod for her work as Amy March, and as such, her excitement led to some covers slippage.

Pugh wasn't about to let a little accidental nudity stop her from posting a photo commemorating this exciting moment in her career. She captioned the pics, "Before the moment.. the exact moment. #nominated #foraf*ckingoscar!!!!!!"

The actor shared a lengthier statement about her nomination to Variety. Pugh said in part, "Amy has been such a literary enemy for so long, I think Greta allowed her to be fun and unapologetic for her decisions. We didn't quite see her, or listen to what she was doing, she was just the girl in the book who ended up with the guy."

Little Women had a big morning, garnering six nominations at the 2020 Oscars in total, including one for Best Picture. Pugh's co-star Saoirse Ronan was nominated for Best Actress, while writer-director Greta Gerwig snagged a Best Adapted Screenplay nomination (however, she was shut out of the Best Director category). In her statement to Variety, the actor also commented on Gerwig's directing snub. "In terms of Greta [Gerwig’s Oscar snub], I’m happy that everybody is upset," she said. "It’s great when you don’t need to point out the obvious. As Greta has said before, it’s been a great year for female creators and I hope this encourages a larger conversation. This is literally why Greta made the film — one about women living in a man’s world, related to money and success. This news only highlights the message of the film."

Still, Pugh's nomination is particularly exciting given that the 24-year-old had a breakout year in 2019. In addition to Little Women, she also had buzzy roles in Midsommar and Fighting With My Family. Next up, she'll co-star with her fellow 2020 Best Supporting Actress nominee Scarlett Johansson in Marvel's upcoming blockbuster Black Widow. All in all, the young actor is having a moment, and she's clearly loving it, as her NSFW reaction to her nomination shows.

Pugh arguably had one of the toughest jobs on Little Women: making Amy a character that viewers would root for. Historically, Amy hasn't always been the easiest character to like — which is fine; complicated women are fascinating women — but the Midsommar star tapped into the essence of Amy like no other actor has done before. The youngest March sister remained spoiled and stubborn, but she also found a way to blossom into a woman every bit as compelling as the beloved Jo March.

In a recent interview with The New York Times, Gerwig shared how she knew Pugh was the only person who could show the world Amy's full potential. "I found evidence in the book that Amy was Jo's equal, but I had never seen her explored in that way," the director said. "I knew there was no other person who could do it but Florence. She has movie star written all over her, but she's also a character actor, which is the best kind of movie star."

And now she has the Oscar nomination to prove it.

More like this
Hugh Jackman & Deborra-Lee Furness’ Relationship Timeline Started With A Mutual Crush
By Hugh McIntyre
Everything You Need To Know About The 'Knives Out' Sequel
By Grace Wehniainen
Howard Stern's Net Worth: Is He The Richest Man In Radio?
By Hugh McIntyre
What Is Ariana Grande's Net Worth? When It Comes To Money, She Has No “Problem”
By Hugh McIntyre
Get Even More From Bustle — Sign Up For The Newsletter