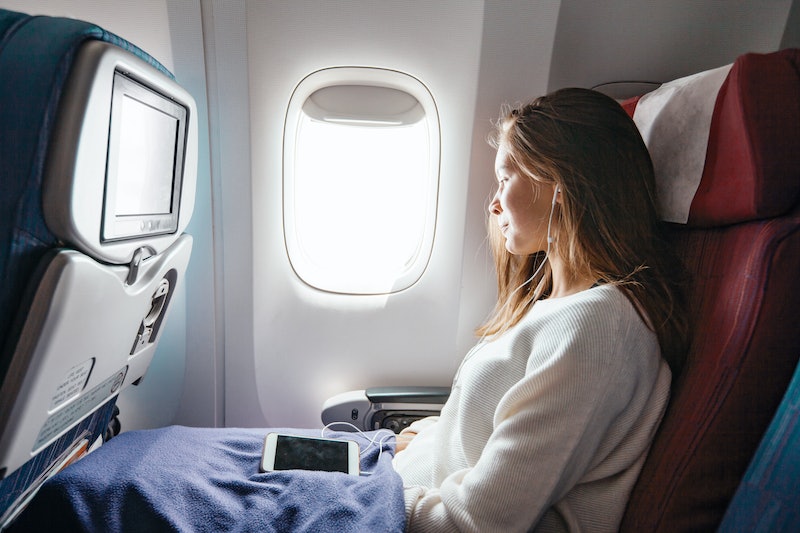 Flights are categorically the worst part of any holiday. From the tight space to the turbulence, they're are enough to put anyone off travelling altogether. So many people want to explore every inch of the the world, but flights to far-flung destination are long and exhausting. For us Brits, flying to the U.S. can take up to 12 hours, for example, and getting to Australia can take an entire 24 hours. But what if I said you could fly from the UK to Australia in 90 minutes? With recent advances in technology, it's not as unrealistic as it may seem.

Reports began emerging at the end of June 2019 about the development of "spaceports" in Cornwall and the Scottish Highlands. According to the Telegraph, these ports "could soon be sending tourists into orbit," with "Virgin Galactic the most likely candidate to take tourists beyond Earth’s atmosphere."

However, British astronaut Tim Peake revealed another exciting possibility when it comes to the spaceports: "If you extend Virgin Galactic’s principle of sub-orbital flight and improve the vehicles and make them with increasing endurance, you could do London to Sydney in an hour and a half on a sub-orbital trajectory," he told the Telegraph.

Imagine how brilliant it will be to travel just under ten thousand miles in just an hour and a half. If only Marty McFly could see us now.

Sadly, however, we may have a very long time wait before this dream becomes a reality. As Miles Carden, the managing director of Spaceport Cornwall, tole CornwallLive: "Maybe one day there will be flights to Sydney in less than two hours but that's decades away" He continued: "That's 20 years down the line, maybe. But what we're interested in out of Newquay is having all the infrastructure and legislation in place to be a safe spaceport that can do horizontal launches."

In July 2018, Virgin Orbit (a company within the Virgin Group that plans to provide launch services for small satellites) selected Spaceport Cornwall as the site from which to launch its Cosmic Girl aircraft. As Virgin explained at the time, "Cosmic Girl will carry a LauncherOne rocket under its wing to a launch range over the Atlantic and release the rocket at around 35,000 feet for onward flight into space, carrying a satellite into Earth orbit." Virgin also wrote: "Spaceport Cornwall will provide California-based Virgin Orbit with a strategic Western European location and make a major contribution to the Cornwall’s ambition to create a £1 billion space economy as part of its response the UK Industrial Strategy." This recent announcement about tourist flights into space seems to be another step in creating that "space economy."

In addition to his comments about London to Sydney, Peake also told the Telegraph that it is "incredibly important" for the UK to be leading the way in the global space race. He continued:

"It’s a very exciting time right now. Space tourism can come under some criticism as a sport for the rich, but that’s how a lot of things in life start, that’s how aviation started. What might be perceived as an expensive folly today actually can in future become a very efficient means of transportation."

If this has piqued your interest, you are not by any means alone, because Virgin's sub-orbital flights have already received a lot of attention.

According to the Guardian, more than 600 people have put down deposits for Virgin's sub-orbital flights, including Justin Bieber and Leonardo DiCaprio. The report says tickets to get a spot onboard will cost $250,000 (around £200,000). Time to start saving, I guess.