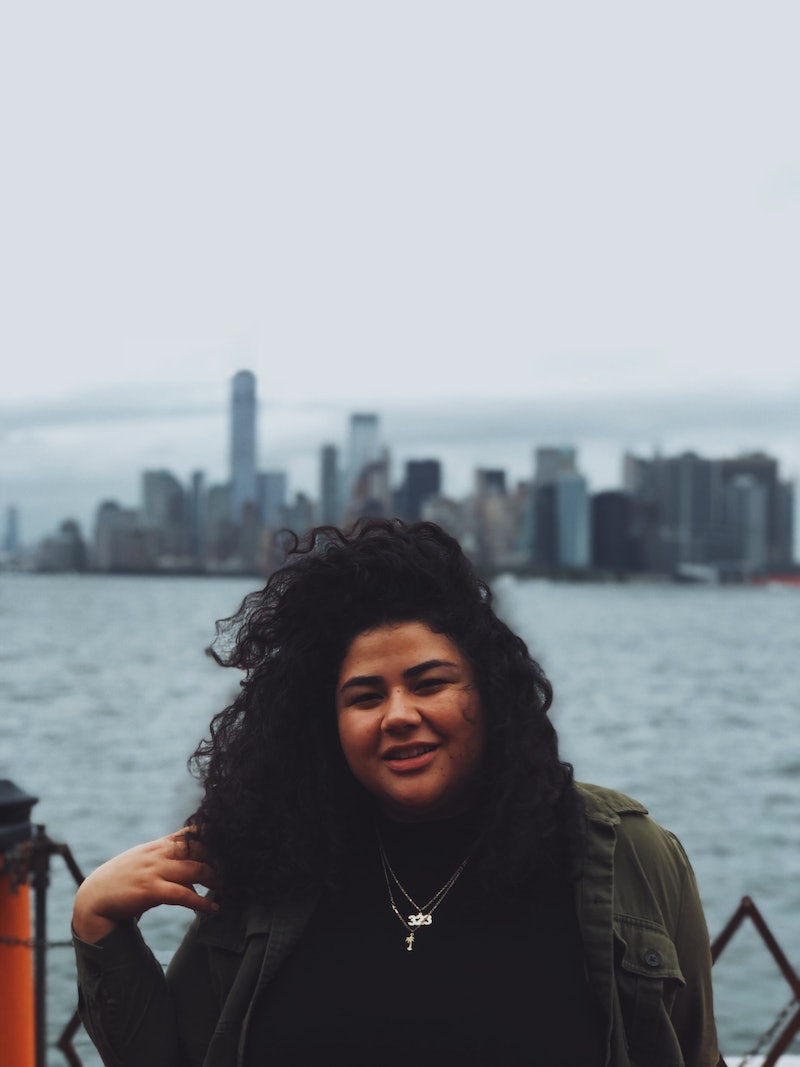 When I moved to New York City from Los Angeles at 23, I knew that Sunday mornings wouldn't smell like plátanos, black beans blended with tomatoes, and my mother’s sazón. This glorious smell frying in our kitchen would wake up everybody in the house —it was my Salvadoran family’s Sunday ritual.

I moved to New York for graduate school at NYU, optimistically thinking of the great adventure before me, but hadn’t really considered life away from my family. I stressfully searched New York City grocery aisles looking for queso fresco for the bean dish my mother would teach me how to make on FaceTime. But even with the right cheese, I could never find homemade tortillas — without them, I couldn’t possibly have an authentic Salvadoran meal.

In Los Angeles, Salvadoran culture is visible and vibrant. You can find pupuserias serving all types of Salvadoran cuisine throughout the city. In my South Central community, I could count on finding a Salvadoran restaurant on every boulevard. But in New York, that was no longer my reality. Caribbean and Chinese food restaurants were prevalent, which I loved, but I missed Salvadoran fare.

On the days I felt the most homesick, I craved Salvadoran food the most. I constantly found myself searching Yelp and Google Maps, continually asking my New York City friends, “Where are the Salvadoran restaurants at?” They'd say "all the Salvis" are on Long Island. But this response made me feel both lonely and far away from home. I felt even more distance between myself and El Salvador, where I'd migrated from when I was five.

I'm not the first person who has felt this way when apart from family or their native country, and I know I won't be the last. In fact, many Latinx people say food is the one thing that makes them feel most connected to their cultures when they’re homesick.

Valentina, 25, tells Bustle that food served as a connection to her family's native country after they migrated from Venezuela when she was 3 years old. Valentina says her parents would always call out the “traditional” Venezuelan dishes they’d serve at holidays, birthdays, or any gathering. “We would have this if we were in Venezuela,” she remembers them saying.

Before she became vegan at 23, Valentina ate traditional Venezuelan meals like white rice, black beans, plátanos, shredded beef and pork and an arepa on the side. Now, she gets creative to make vegan arepas with cauliflower or other vegetables when she misses home.

Yahima, 22, a daughter of Cuban immigrants, says her homesickness is also comforted by family foods. “The biggest moments of my life have always been centered around food,” Yahima tells Bustle. Her education in International and Global Studies took her around the world, and her homesickness was frequent. But during one trip to China, she walked into a Spanish restaurant that “smelled like the tortilla (stuffed omelet) and Pan Cubano mami made every Sunday,” she says. “[I] was transported 8,000 miles to the house in Florida where I grew up in.” For Latinx people in the diaspora, any reminder of “home” is cherished, and becomes a connection to their culture.

Some dishes may never be exactly like what our moms and abuelas used to make. But simply finding ingredients of our culture's foods can be hugely validating.

Siria, 30, a Garifuna raised in the Bronx, New York, only gets to eat Garifuna food when she visits Honduras, or when her family makes it for a special occasion. “The foods I grew up eating are not foods I can easily find in restaurants at all. These are homemade meals that aunts, moms and uncles and the Garifuna culture make on special occasions or Sundays.” Siria especially loves Hudutu, a coconut-based soup made with seafood and mashed plantains, which she says isn’t easy to make. Still, she tries her best to recreate her family’s recipes at home. “I recently took a shot at making tortillas myself, because I really wanted tortillas and I don’t like store-bought [ones]. They taste really good to me when they are hot and fresh,” she says.

After my first year living in New York, the frequent battle of finding touches of “home” became easier when it came to food. Some dishes may never be exactly like what our moms and abuelas used to make. But simply finding ingredients of our culture's foods can be hugely validating. One day, I was at a Japanese restaurant and saw that they served curtido, a Salvadoran cabbage salad, along with chicken curry. I felt seen and validated — the menu even noted that the curtido was a traditional Salvadoran food. It reminded me that our Latinx roots are everywhere.

Through this journey, I have also learned to embrace the little things that remind me of my community in LA. I’ve opened myself up to New York City and embraced its different cultures, some of which I can’t easily find in Los Angeles. The West Indian Day parade down the block that happens every Labor Day exposes me to new traditions, food, and music. And the Bachata songs I hear at the bodegas and Dominican hair salons in my neighborhood remind me of my father's favorite Salvadoran music.

Learning to make the traditional Salvadoran dishes that my mother would make for me has helped tremendously with my homesickness. Making meals as simple as rice and beans with curtido, helps me feel closer to my family than ever. Although moments of missing home come in waves, I’ve allowed myself to feel those feelings. Some days are easier than others, but there is so much comfort in finding those small reminders that sometimes home is with me wherever I go.

Bustle’s Míranos package highlights the extraordinary people of the Latinx community, letting the world truly “see us” at a time when it matters most.

More like this
After 24 Years Of Disney Vacations, I Finally Took A Trip On My Own
By Charlie Mock
8 Charities To Donate To During Black History Month
By Alexis Morillo
These Artists Are Reimagining Black History Month To Create A Better Future
By Katie Mitchell
24 History-Making Black Women You Probably Didn't Learn About In School
By Ayana Lage and JR Thorpe
Get Even More From Bustle — Sign Up For The Newsletter
From hair trends to relationship advice, our daily newsletter has everything you need to sound like a person who’s on TikTok, even if you aren’t.