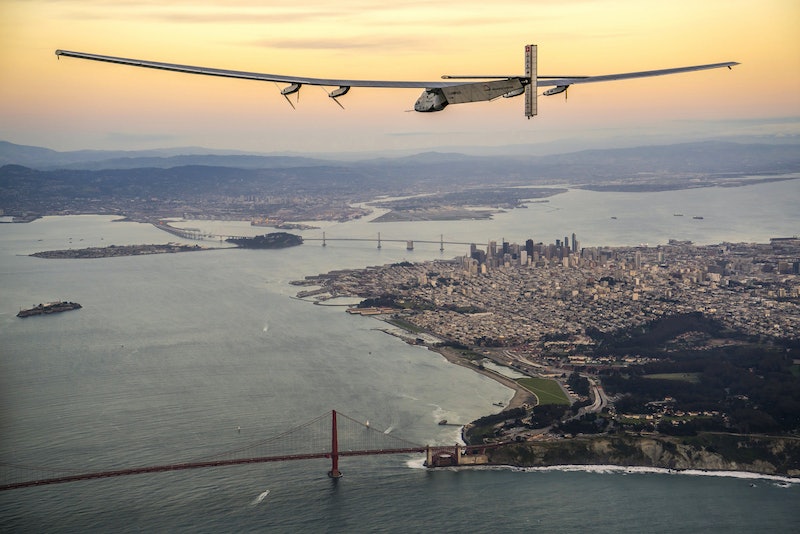 The results are in: The political climate fostered by President Donald Trump's new administration are causing international tourists to come to the country in lower numbers. Known as the "Trump slump," this phenomenon may be linked to Trump's two blocked immigration bans. International travelers are avoiding Trump's America, and whatever the reason, it will hurt our tourism industry bigly.

According to Helen Marano, the senior vice president of government affairs at the World Travel & Tourism Council, there appears to be some correlation between fewer international tourists and the onset of the Trump administration. In an interview with NBC News, Marano said that dips in tourism since Trump took office are the result of "the negative sentiments of the U.S. as a destination created by some of the new policies of President Trump's Administration."

According to a report published by the Global Business Travel Association, the U.S. lost $185 billion worth of business travel bookings alone in the week following Trump's first executive order due to low "traveler confidence." The GBTA estimated that for "every 1 percent impact on business travel spending annually, the United States gains or loses 71,000 jobs, nearly $5 billion in GDP," meaning the travel ban may have had a negative impact on our economy as well.

In an interview with the Independent, Andrew Shelton, managing director of the budget travel site Cheapflights, said "a significant number of Brits have been spooked by what they see happening over the pond," and have bought fewer tickets accordingly. Cheapflights also released a poll that found 29 percent of British respondents have put off purchasing American flights, and searches for flights to the U.S. have gone down 13 percent since Trump took office.

These reports of the so-called "Trump slump" aren't without complication — a day after the travel drop-off was reported, the U.S. Travel Association's Travel Trends Index reported that international travel to the US was actually up slightly in February, but they predict a decrease in coming months. David Heuther, the senior vice president of research for the U.S. Travel Association begged caution of those attributing the decrease solely on the new administration in an interview with NBC:

There's a lot of data out there purporting to show a drop in international travel to the U.S. because of President Trump's executive order. The reality is we do not have a definitive data picture of the order's impact yet.

While these initial reports are estimates based on forecasts and analysis by travel industry experts, they do paint a negative picture of the potential future of international travel to the US. North Carolina learned this lesson with the business and travel backlash for their "bathroom bill," and watching it happen again from the national level doesn't inspire confidence.