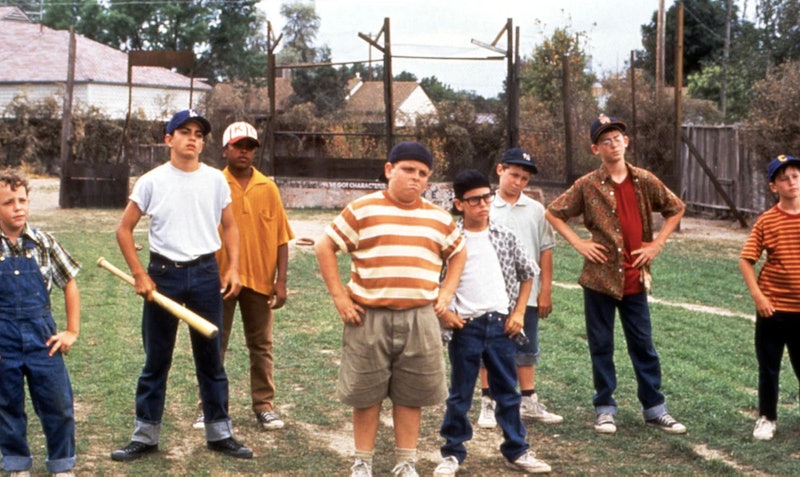 If you're looking to get your much-needed fill of good news for the day, look no further: 20th Century Fox is developing a prequel to The Sandlot, the infamous cult classic from 1993, according to Deadline. Even better, Mickey Evans, the original writer and director for the film, is supposedly helping to create the prequel script. In other words, the Sandlot prequel might just be every bit as fantastic as the original film was, which basically means you get to relive your childhood in the best way possible. Bustle has reached out to 20th Century Fox for comment.

The prequel to the 1993 hit movie is apparently only in early stages of development, so casting decisions and plot information are still yet to be released. However, Deadline reports one especially exciting rumor regarding the plot line to the prequel: it might just involve the same legend of the beast that appears in the original film, as well.

The original Sandlot film was rereleased earlier this year in March, on both Blu-ray and Digital HD. What's more, the cast reunited for the 25th anniversary of the film, appearing on both The Today Show and at Dodger Stadium.

The original film was set in Los Angeles during the summer of 1962, and focused on a boy named Scott Smalls who tries to make friends by playing neighborhood baseball. Smalls is slowly taught how to play baseball by the best player, Benny "The Jet" Rodriguez, and joins the team. Soon after, the kids lose an autographed Babe Ruth baseball into the den of The Beast, a terrifying English Mastiff dog who lives next door to the Sandlot.

During their cast reunion, the Sandlot cast members noted how the movie changed their lives at such early ages. "The film was made with as much love as people have for it, and it was the greatest summer of our lives," Evans said, next to the cast members.

In an interview with The Hollywood Reporter, the cast members were asked if a certain line would still be included in the film if it were created today: "You play like a girl!"

The cast members collectively agreed that it wouldn't be, with Patrick Renna (the man who played Ham) adding, "I think Ronda Rousey would kick the crap out of all of us today."

There's no word yet on what year the reported prequel will be set in, or whether the original cast members will be involved in the film in any form.