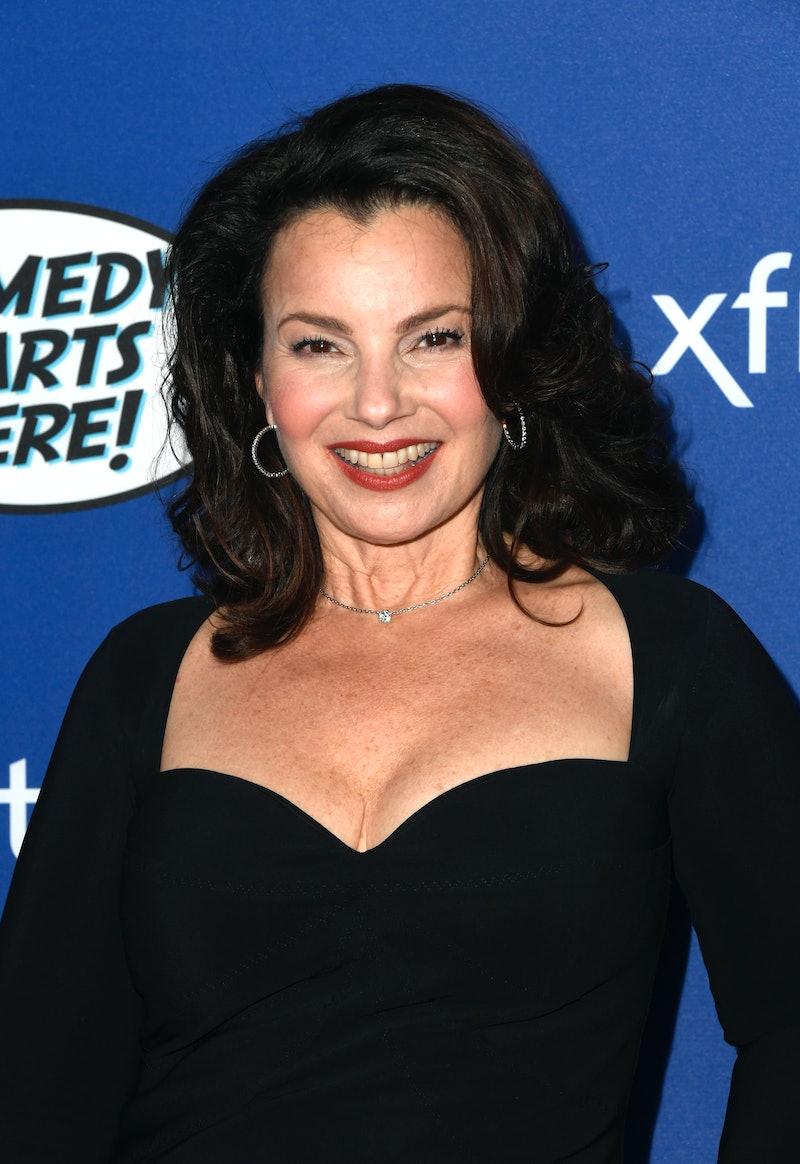 Get your best leopard print outfit ready, because Fran Drescher and Cardi B's Nanny reboot could actually happen — and soon. While chatting with Entertainment Tonight recently, Drescher discussed a reboot of the beloved '90s series. Overall, she remained tight-lipped about details. But, based on her comments about meeting with Cardi B's people and a future announcement regarding The Nanny, well, it certainly sounds like something exciting is going to happen.

After being asked about the exciting Nanny announcement she previously teased in June 2018, Drescher said, "I can't say yet because we're still negotiating one last important contract and as soon as that is done then the big announcement will be made so you're gonna just have to hold on a little tighter, but not that much longer. I was just told that it'll be just another couple of weeks."

What could that mean? As ET pointed out, Drescher might only be hinting at The Nanny finally hitting a streaming service — The Nanny is a rare '90s gem that isn't available on Netflix or Hulu. But, again, who knows. As for Drescher's announcement from last June, she told ET at the time that she and her ex-husband, Peter Marc Jacobson (they also created The Nanny together), were discussing rebooting the sitcom. "Peter and I are talking about it," she admitted. "We're working on a very big project. It's going to be very exciting for the fans, but I'm not at liberty to announce it yet. But it's gonna be big."

Back in April, Drescher actually said that a reboot with Cardi was put on the back burner; however, her recent interview proves there's still hope. The former Nanny star confirmed in her most recent interview that she had spoken to Cardi's team. "We're not ready to dive into it yet," Drescher admitted, before explaining that the meeting with Cardi's people was simply "laying out the groundwork."

Drescher noted that she personally hasn't spoken to the "I Like It" artist yet. Though, she has been paying attention to Cardi's Instagram, in which she sometimes creates outfits in honor of Fran Fine. In an Instagram shared in September 2018, Cardi captioned her ensemble seen in the video below, "Fran Drescher in @dolcegabbana."

"If they wanted to do a reboot we would have to write it for somebody else to play the nanny and bring it right into the moment, which I would be excited to do actually," Drescher told ET in September. She also reiterated that Cardi would be a great choice for Fran Fine and that Drescher could play Fran's mom, Sylvia, and even John Leguizamao could play Morty, Fran's dad. "There's a lot of opportunities to do something fantastic with it and bring it right into the 21st century," she said.

And if Drescher could get Cardi on board, well, she would be thrilled. "But I do think she's great, and she would be kinda like my top choice, if she's disciplined to do this show every week," Drescher told ET. "It can be a grind, but she's got a baby now and it could be a very comfortable, lovely way to, you know, work, be seen worldwide, and still do mini-concert tours when you're on hiatus."

Who knows what will happen regarding a Nanny reboot or what Drescher's exciting announcement is, but the fact that discussions are happening is definitely a step in the right direction. Now all fans have to do is wait patiently for whatever Nanny news is dropping soon.

More like this
Man Meets Politics: ‘Boy Meets World’ Star Ben Savage Is Running For Congress
By Jake Viswanath
'That '90s Show' Star Callie Haverda Got Advice From Mila Kunis & Ashton Kutcher
By Brad Witter
'Friends' Star Maggie Wheeler Offers Support To Matthew Perry After Reading His Memoir
By Alyssa Lapid
Mel B Thinks These Celebs Should Play Them In A Spice Girls Movie
By Alyssa Lapid
Get Even More From Bustle — Sign Up For The Newsletter
From hair trends to relationship advice, our daily newsletter has everything you need to sound like a person who’s on TikTok, even if you aren’t.