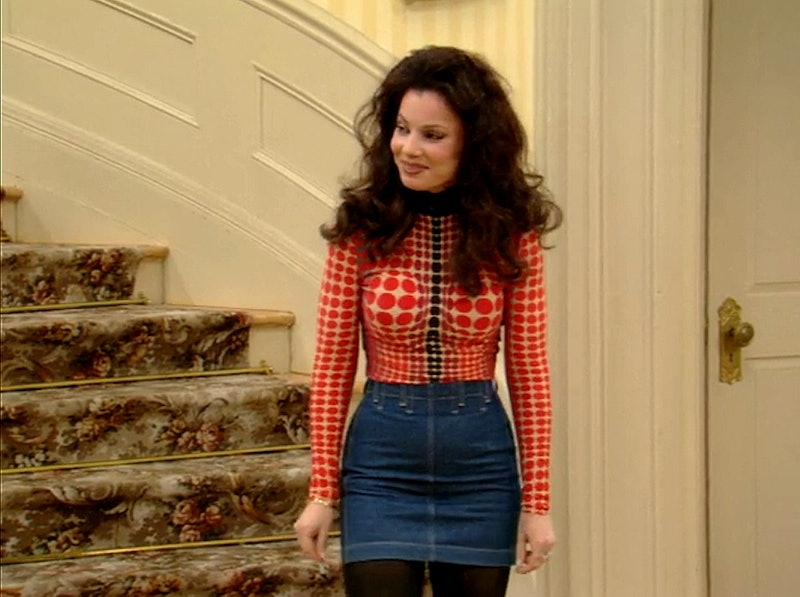 Roseanne might have been cancelled, but there's another '90s series that stars a woman with a big laugh that might make a return to the small screen. On Monday night, Fran Drescher teased that a revival of The Nanny could happen and if it does, she thinks it would be "really good." It also sounds like it would be pretty topical, since Drescher teased that her Nanny character would be much more socially active than she was in the original. So yes, it's possible, this new Fran Fine could be very woke.

In an interview with Entertainment Tonight, Drescher talked about the series, which celebrates its 25th anniversary this year, noting just how popular it still is. "People really love that show," Drescher told ET at Broadway Sings for Pride's Annual Charity Concert in New York City. "It's unreal."

It's also why she's been talking to her ex-husband and the co-creator of the series, Peter Marc Jacob, about bringing it back. "We're talking about it," Drescher said, noting that a reboot couldn't just pick up where the show ended; for those who forget, the finale saw Fran marrying and having twins with her former boss, millionaire Broadway producer Maxwell Sheffield. Rather, the new series would move forward.

"The thing is our show would be the same characters 20 years later. We can't just pick up where we left off," Drescher said. "But in a way, that could be really good because the show can have a whole fresh bend to it." That fresh outlook could include Drescher's character getting more political. 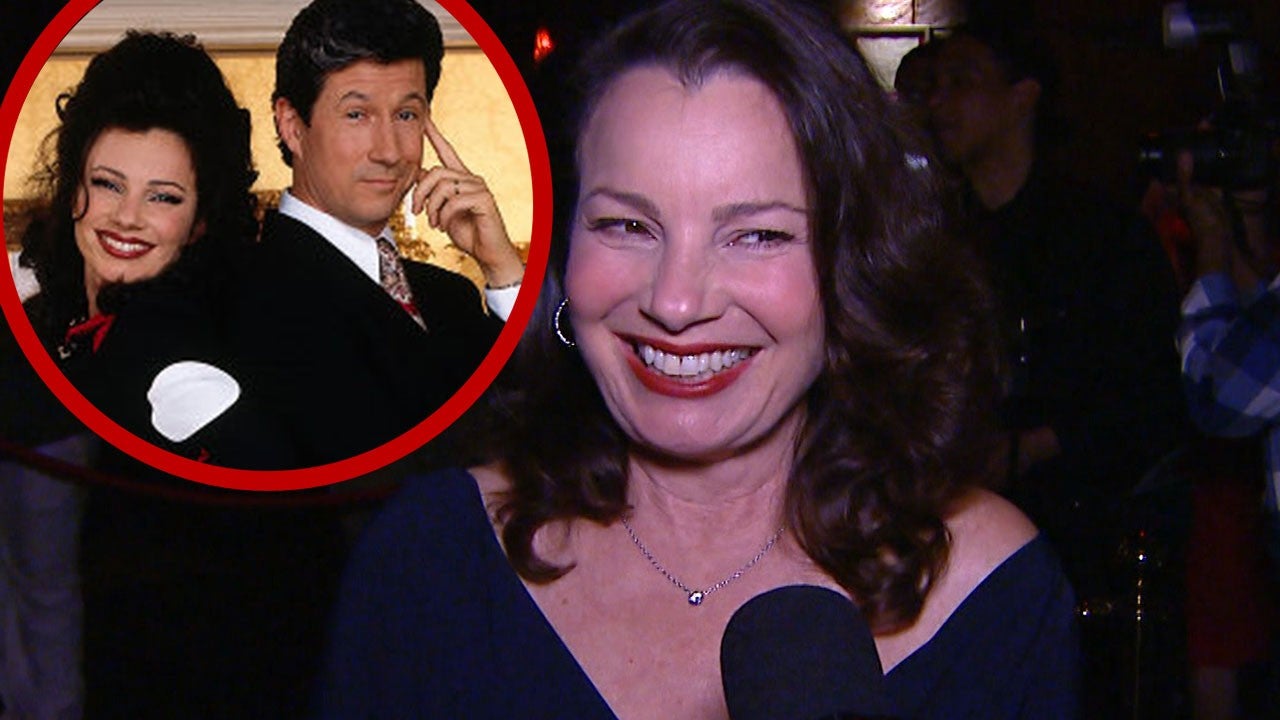 Drescher hinted that in a revival, Fran would be a lot more like her, which isn't all that surprising since the character was loosely based on her real life and Drescher previously said she almost ran for office. "[Fran] would have had the Sheffield name and would've maybe gotten involved in more things [that] Fran Drescher is involved with," Drescher told ET. "All kinds of things from environmental issues, to health, to civil liberties, that's what I think Fran would be doing now — opening her big Queens mouth for the greater good."

Currently, Drescher is doing that through her organization Cancer Schmancer, which she started after beating uterine cancer. The organization is focused on prevention by helping women and families identify cancer-causing toxins in their home and recognize early signs of cancer.

It'd be great to see the fictional Fran take on similar causes, but if Fran Fine does return to help save the world, it won't be for a little while — Drescher has other things going on right now. "We're working on a very big project," Drescher said of what she has on the docket with Jacob. "It's going to be very exciting for the fans, but I'm not at liberty to announce it yet. But it's gonna be big."

Some have wondered if the big announcement that will make fans very happy is that The Nanny will finally be streaming on Netflix, Hulu, or Amazon Prime. It wouldn't be a bad way to get more people excited for a revival, and perhaps even entice the show's old network CBS to bring it back. "I'm not mad at that suggestion," Drescher said about that possibility. "I mean, I'm waiting to get the call."

In 2017, Drescher also floated the idea of a Nanny reboot with Closer Weekly, saying that she said that she's "in touch, definitely" with her old castmates. "Renee Taylor [her onscreen mom Sylvia Fine] is a good friend of mine, Charlie [Shaughnessy] [Maxwell Sheffield] is a good friend of mine. Recently I reconnected with Nicholle Tom [Maggie Sheffield'], and periodically I speak to everyone," Drescher said, "but I’m very good friends with Charlie and Renee, for sure.”

Not everyone, though, might be interested in returning for a possible revival. In 2013, Madeline Zima, who played youngest daughter Gracie Sheffield, told TV Page that filming the sitcom “wasn’t a fun experience” for her. "They treated me more like a prop than like a human being,” she said.

So, while it's unclear if or when The Nanny will return — and if everyone from the original cast will be back — but it's clear Drescher has been thinking about where her character would be now. Let's just hope this new politically driven Fran Fine is still rocking her signature leopard style.