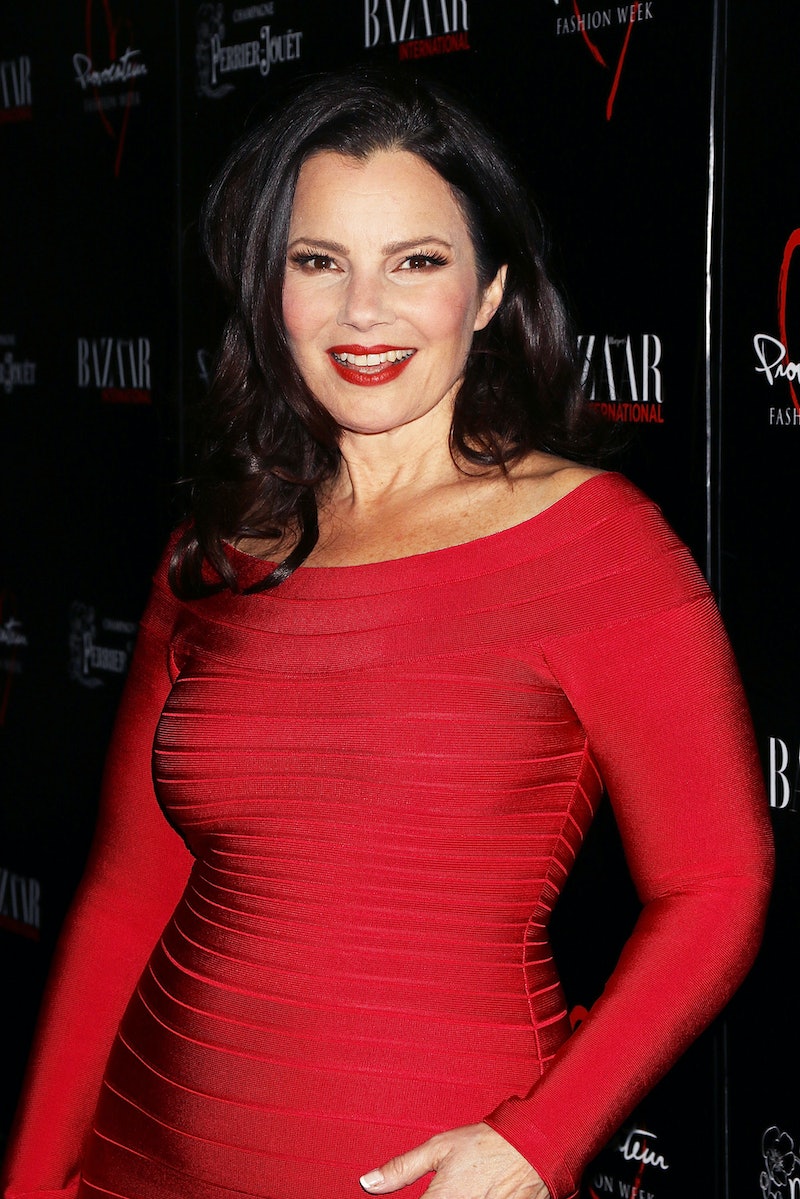 After months of chatter, it seems that Fran Drescher and Cardi B won't be working on a Nanny reboot anytime soon. And although that certainly sounds like sad news for fans who were rooting for a TV show featuring the Bronx-born rapper and Drescher side-by-side, there is still hope. New comments from the actor indicate that there may be something else in the works for fans of the beloved '90s sitcom.

During a Wednesday, April 17, interview with Michael Yo on his SiriusXM Radio show, Drescher discussed the chatter that has been surrounding a possible Nanny reboot starring herself and Cardi B, revealing that the plans for a TV show have been put on the back burner for now. She shared,

"Truth be told, I'm not developing that as a television series right now, but I am working on something that I think the Nanny fans are going to be very excited about."

While Drescher refused to go into detail about her new secret project, she did tell Yo that she was working with Crazy Ex-Girlfriend creator and star, Rachel Bloom. So perhaps there's a musical Nanny ode in the works?

The actor also opened up about how she would approach the Nanny reboot narrative if were to ever come to fruition. She explained, "It might be more fun... to actually do the show with a whole new cast. Get like a Cardi B to play the nanny and get like an Obama-type to play Mr. Sheffield and maybe I could be Cardi B's mother, Sylvia. You know, and mix it up."

Drescher's recent comments come months after she first expressed interest in bringing the reboot to the small screen. During an October 2018 interview with PeopleTV’s Chatter, the 61-year-old actor discussed a potential revival of the series. Pointing out the show's pop culture relevance, she explained:

“I’m totally down with doing it. I don’t know what is going on with some of these networks out there because they do not seem to be hip to the fact that there’s an obsession amongst millennials for the show and moi!”

Drescher also revealed in a November 1 interview with Entertainment Tonight that she had an undisclosed project in the works featuring Cardi. She explained, “I am actually talking to her representation, and it may not be for The Nanny, but it could be for something else." She added, “A millennial-meets-baby-boomer kind of concept. I would love to work with her.”

While it remains unclear whether or not the project Drescher discussed with Yo will actually feature Cardi, it's safe to say that she definitely has a great deal of admiration for the rapper.

"She's got the style of a star and you can't buy that," Drescher told Yo during her sit-down, adding that Cardi just has "it."

Although the hip-hop star has never indicated any affiliation with a project from Drescher, it's clear to see that the feelings of admiration between them is mutual. In fact, it's quite possible that Cardi was actually the one who may have indirectly put the idea of collaboration into the atmosphere. In September 2018, Cardi paid homage to the comedian, posting an Instagram photo of herself in head-to-toe animal print during Milan Fashion Week. along with the caption, "Fran Drescher in @dolcegabbana."

While the actor told Yo that she's never had direct contact with Cardi, other than on social media, it's safe to say that Drescher has definitely noticed the rapper's tribute to the '90s character. Drescher explained, "She's very influenced by myself and the style of The Nanny from back in the day and it's very flattering to me."

With details about Fran Drescher's Nanny plans still very vague, fans will have to keep their fingers crossed on Cardi's hopeful participation.