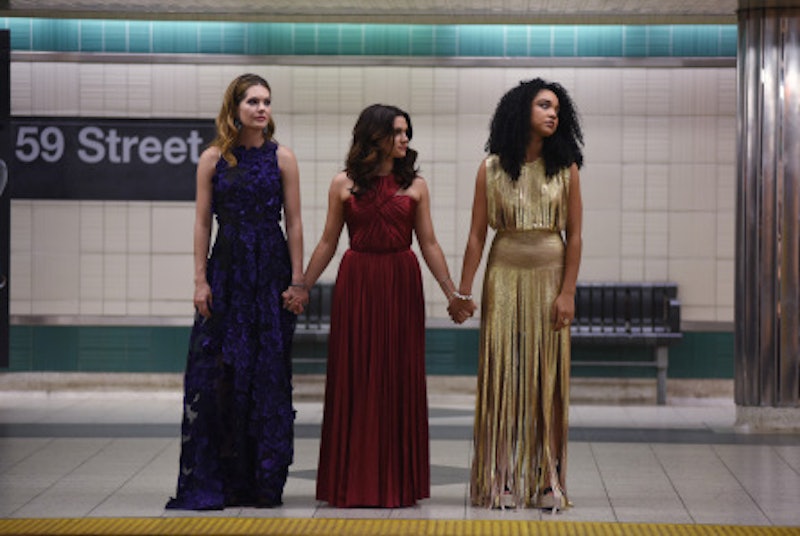 Freeform is really delivering on quality programming you guys. The network has greenlit a Joanne Coles-inspired TV show that sounds every bit as feminist and influential as Pretty Little Liars has been, and the news comes at just the right time. Fans of Rosewood are in desperate need of a distraction right now, and The Bold Type might just be it. According to Deadline, the series is "inspired by the life of Joanna Coles, chief content officer of Hearst Magazines," and the show is set to premiere in the summer of 2017. To make matters even more exciting, The Bold Type has been created by Sarah Watson, one of the writers responsible for Parenthood. Start getting excited immediately.

According to Karey Burke at Freeform,

The Bold Type is our love letter to modern feminism and aims to be a destination for authentic female friendship and empowerment.

Sign me up right now. And, as if you needed any further reason to watch the show, the synopsis sounds like a cross between The Devil Wears Prada and Sex And The City.

The Bold Type will follow the staff of a magazine called Scarlet, and a cast of female characters as they explore "sexuality, identity, love, and fashion," while standing up to sexism in the industry. Basically, The Bold Type is the feminist TV show the world needs right now, comprising of important programming about women, for women, and made by women.

As a massive Parenthood fan, it's incredible news that Watson's new show is coming to Freeform. With such an inspiring writer and creator at the helm, The Bold Type is in great hands, especially as Watson's work so often explores complicated, interesting, and successful women — like Lauren Graham's Sarah Braverman.

The Bold Type's focus on ambitious female characters and its setting in the magazine industry make it incredibly current. Based on Joanna Coles, who's been Editor-in-Chief at Cosmopolitan since 2012, there's so much material the show can mine, including an inspirational individual who's passionate about women, journalism, and politics. At a 2013 dinner in her honor, Coles said, "I think it’s very important that we stay on top of political issues that impact young women," and politics is at the heart of women's writing now more than ever.

Freeform's new show sounds incredibly exciting, as does the team behind it, and the arrival of The Bold Type should make the end of Pretty Little Liars slightly less painful.