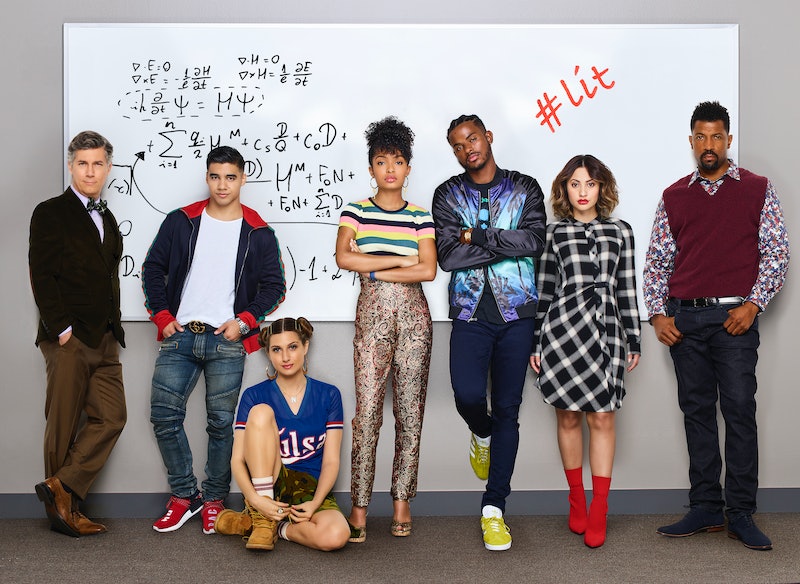 Sure, college can be a time of great personal growth, but, for many, the real growing pains kick in when Navient starts sending more "Bills, Bills, Bills" than Destiny's Child could even fathom. With that in mind, Freeform is celebrating the Jan. 2 grown-ish Season 2 premiere by offering a student loan payoff up to $125,000 via a partnership with scholarship app Scholly, as the network behind the black-ish spinoff announced exclusively to Bustle. And because student loans sometimes mature faster than their borrowers do, watching Zoey Johnson (played by Yara Shahidi) and her crew navigate college life from week to week could really pay for the lucky recipients.

"Acknowledging that student loans have crippled a generation of young Americans and are keeping them from achieving their dreams, the program aims to help student loan borrowers pay off debts that may be holding them back from living their best lives," read a Freeform press release, which also noted that, to date, Scholly has awarded students with $100 million in debt-reducing scholarships.

To apply for the grown-ish program, "current students and graduates with an outstanding loan balance" can head over to either Scholly's app or website, and winners will be announced at the upcoming 2019 Freeform Summit. (More details on the ceremony will be announced at a later date, per the TV network.)

In the interim, however, all eyes will be glued to Freeform when grown-ish's sophomore season is officially in session on Wednesday, Jan. 2 with a two-part premiere at 8 p.m. ET. Freeform teased Season 2 with the following logline:

"After the wide-eyed firsts of their freshman year, season two of grown-ish follows Zoey and her friends as they enter their second year at CalU with confidence and swagger. Learning from the ups and downs of their first year, they all think they’ve got their second year on lock, but quickly realize that they’re not as grown as they think."

What else do fans have to look forward to? In "Better,” the night's first episode, "Zoey, Ana, and Nomi move into a less-than-stellar off-campus apartment, and have to quickly adjust to each other as roommates. Zoey is excited to see Luca again after a summer of keeping in touch via social media," Freeform revealed.

As for Episode 2, titled “Nothing Was the Same,” Freeform gave the following preview: "Zoey feels insecure when she realizes that her friends don’t see her relationship with Luca as #RelationshipGoals, prompting her to try a little too hard to prove that what they have is special. In his first move as an RA, Aaron organizes a movie night to build community…but his film choice does nothing to help people unwind."

For Shahidi, who began studying at Harvard in the fall, those Season 2 plot points aren't exactly all about art imitating life. (Her real-life application process was pretty surreal though, given that First Lady Michelle Obama wrote her college recommendation letter. No biggie.)

"There’s certain storylines that Yara, as a square, just wouldn’t get into," the actor recently joked to Deadline. "I’ve been able to give great theoretical college advice to all of my friends ... Zoey’s troubles and all of the antics her and her friends get into, it’s been really useful."

What might just be more useful to college students and grads alike, however, is the student loan debt payoff her scripted show is about to help make a reality.