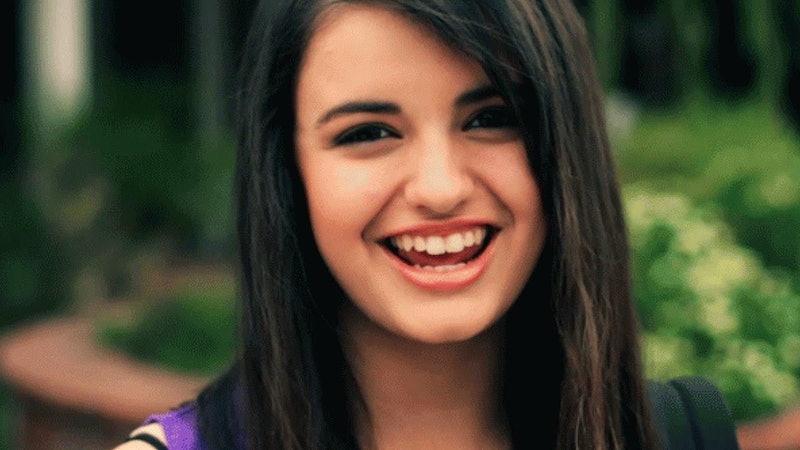 In case you aren't already vigilantly avoiding walking under ladders, stepping on cracks in the sidewalk, and smashing mirrors, friendly reminder that Friday, the 13th is fast approaching, so you'll want to extra careful about the whole not testing fate thing this week. This Friday in particular might be extra "unlucky," seeing as this Friday the 13th happens in October, the known Spookiest Month in the Gregorian calendar. And what better way to express our low key fear of the unknown than to share Friday the 13th memes and tweets on social media?

Fun fact: this whole October, Friday the 13th isn't just noteworthy because of the spook factor, but because of its rarity. While we get one or two Friday the 13ths every year, we only get them in October every few years; in this case, the last October, Friday the 13th we had was in 2006. That was a full 11 years ago. Back when we all had braces and an affinity for Charmed fan fiction and hope in our hearts, to put it into full perspective. The next one isn't going to happen until 2023, off in some distant future where we are six years older and wiser than we are now and don't do things, like, say, order an entire large pizza on a Monday, stick it in the fridge, and eat cold slices of it for dinner every day of the week. (Kidding, definitely still gonna do that, mortality be damned.)

At least this year we have a little bit of a warm-up — there was already a Friday the 13th this year in January. And if that wasn't enough to prepare you for this particular Friday the 13th, then arguably the raging dumpster fire that is the news cycle in 2017 will have picked up the slack.

But what exactly is it that we're all worked up about, anyway? Thirteen is a commonly known "unlucky number" in Western culture, but what about it falling on a Friday gives us all the collective heebie-jeebies? Some people think it may hark back as far as the Middle Ages; there were 13 people present at the Last Supper, and Jesus died on Good Friday. And even though our dear friend Rebecca Black sung the praises of Friday and we usually look forward to it with a wine bottle in one hand and a baguette in the other (just me?), Friday used to have similar connotations to bad luck the same way the number 13 does now.

Since then, the superstition grew, and started being referenced as common knowledge in the 1800s and 1900s. And since we are nothing if not superstitious sheep, we all latched on and ran with it. Hey, all the more excuse to post some sick memes, amirite? Here are a few that you can use to un-luck up your timeline:

Can someone please get Science on the case?

Honestly, this ridiculous but spot on comparison might help put some of those lingering Friday the 13th nightmares to bed.

Oh, Gee, Look At The Time

I don't know about the rest of y'all but I'm definitely the one who dies first in the horror movie who gets the title "Girl Who Screams A Lot" in the credits.

To quote the infamous dog in fire meme, "This is fine."

When You're On The Fence

The Fear Is Real, Though

Are you allowed to call in "Friday the 13th" at work? Asking for a friend.

... Did anyone check up on them, though?

A Tribute To Your Fave Song

Nothing on Earth will ever touch my precious fave Rebecca Black or this perfect song, not even Jason. NOT EVEN YOU, JASON.

Stay safe out there, cool cats; see you all in the aftermath on Saturday the 14th, the way we always (usually, hopefully) do.