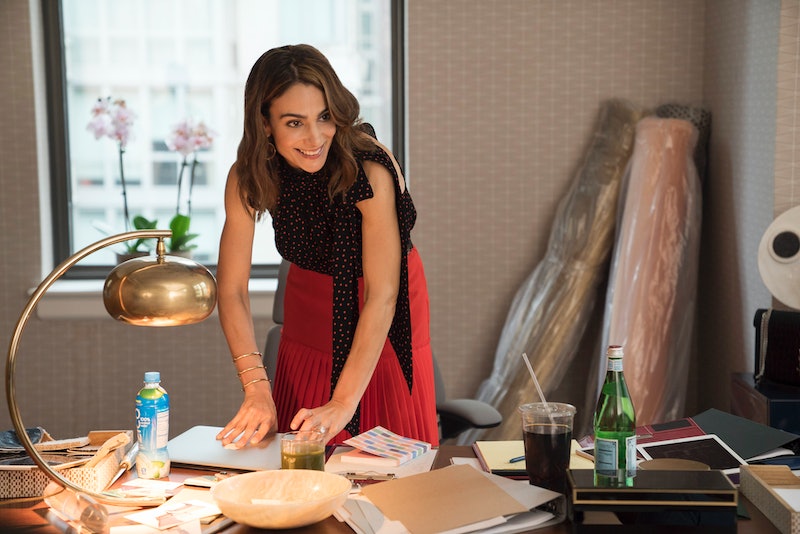 Cheating while in relationships is a weighty business, especially in storytelling — but it doesn't have to be. Serious subjects can be the ideal breeding ground for comedy. In Nicholas Stoller and Francesca Delbanco's new Netflix series Friends From College, Sam and Ethan (Keegan-Michael Key) are two college friends who married to other people but have continued sleeping with one another. In an interview with Bustle, actor Annie Parisse talked about how her character Sam isn't the stereotypical "other woman."

"I loved that about Nick and Francesca's script," says Parisse. "They are not moralizing and I think that's really exciting. To look at extra-marital relationships in a non-moralizing, 'somebody has to be punished,' kind of a way."

The affair is revealed early on in the series, though neither Sam nor Ethan would call it an affair. For them, it's a harmless yearly hookup that's been going on for 20 years. Nothing more than that. They dated in college, then married other people, and when they reconnect, it happens to be sexual. That's it! "She and Ethan have told themselves a story that makes their continued 'friends with benefits' relationship possible," says Parisse, though it then "kind of falls apart."

When Ethan and his wife Lisa (Cobie Smulders) move to New York, all of that mental scaffolding comes into focus and changes. Instead of strictly moral baggage, the conflict in this relationship becomes about "the anxiety of how is this going to change or limit anything that [Ethan or Sam] might also want," Parisse says.

It's also important that Sam and Lisa know each other well, too. That also makes this case of infidelity different than a tryst with a stranger. "I think if you asked Sam," says Parisse, "Lisa's if not her best friend, one of her best friends." Having a relationship with "the other woman" is uncommon in these kinds of stories. Sam might call Lisa "froshie" — perpetuating their age and status difference — but that teasing comes from a place of love rather than jealousy. "[Sam's] relationship with Ethan does not in any way make her feel less for Lisa," the actor says. "If anything, them moving [to New York] makes her feel more for Lisa."

The actor also sees Friends From College as being a more feminist look at extra-marital affairs than she's seen before. "I think usually when we look at adulterous relationships," says Parisse, "in stories, in literature — we tend to put a lot more blame on the ladies." In Friends From College, the Ethan/Sam/Lisa triangle is a more balanced story in terms of responsibility, and, as she says, character-driven. So though Sam and Ethan are certainly making some bad choices, they're not villains. The hilarious dysfunction in Friends From College runs far deeper than that.