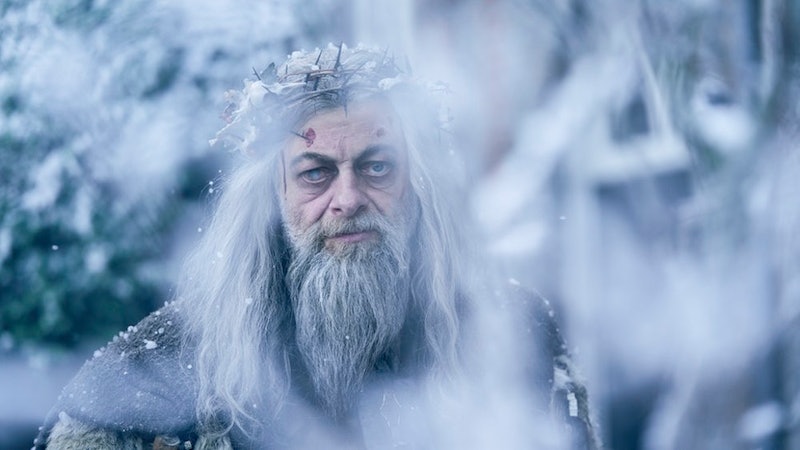 This holiday season, Ebenezer Scrooge is getting a reboot that would send shivers down Charles Dickens' spine. The trailer for FX's A Christmas Carol teases a darker take on the holiday classic starring Guy Pearce as Scrooge and Joe Alwyn (a.k.a Taylor Swift's boyfriend) as Bob Cratchit. Let's just say Tiny Tim should be afraid, very afraid.

The teaser for the movie, which premieres Dec. 19, begins with Scrooge's partner Jacob Marley (The Irishman's Stephen Graham) waking up six feet underground. While all he wants is peace, what he gets is a heavy hell-made chain and the burden of trying to knock some sense into his old friend.

As anyone who's seen any version of A Christmas Carol knows, Scrooge isn't all that interested in changing. He's more interested in counting his money and collecting everyone else's. Oh, and letting people die if they can't afford to live. But Scrooge is about to get the Christmas Eve scare of his life when he's taken to the place "where Christmas goes to die." No surprise, this place, run by Andy Serkis' Ghost Of Christmas Past, is a real bah-humbug.

This gritty Christmas Carol from the network that brought us American Horror Story is certainly playing up the horror of the classic ghost story. It's official logline swears it's “a spine-tingling immersion into Scrooge’s dark night of the soul." It's true, this London looks like it's had better days.

This Christmas Carol also has an apocalyptic feel to it with Scrooge being shown a London that is literally on fire. It's as if humanity itself is riding on Scrooge's ability to find a little kindness in his heart. Before Scrooge can save the world from impending hellfire, though, he'll have relive the evil he wrought. His bad deeds include running a sweatshop and sexually harassing Mrs. Cratchit (Vinette Robinson). No longer relegated to the kitchen, this Mrs. Crachit is mad as hell and isn't going to take it anymore.

Adding a dark twist wasn't the only change writer Steven Knight (Serenity) made to A Christmas Carol. His version also includes a new storyline about Scrooge's father, according to ScreenRant. Perhaps, no would be surprised to hear that Franklin Scrooge (Johnny Harris) wasn't dad of the year.

Now, if you prefer the Muppets take on this Dickens tale, this Scrooge might be a little too much. But if you want a good scare before Santa Claus stops by your house, this might just be the Christmas Carol for you.