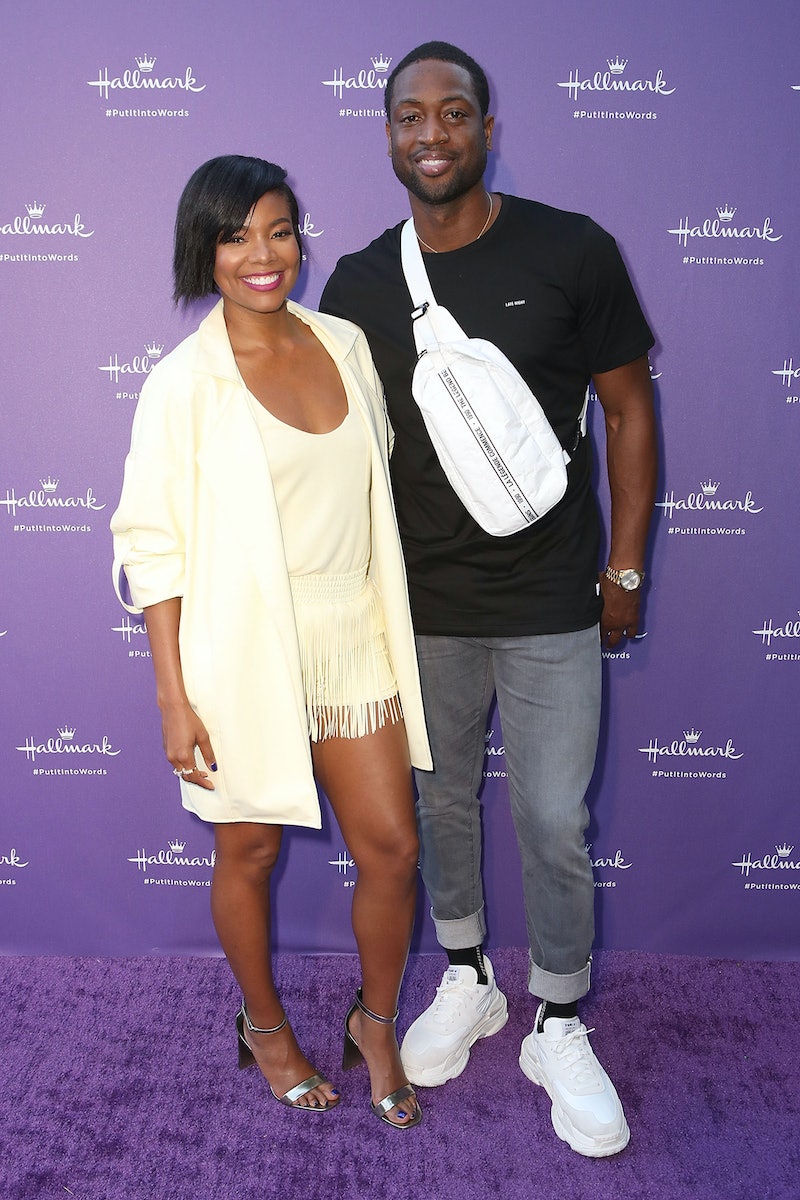 Miami Beach's 2019 Pride event, which was held on April 7, included some major star power from some of the Florida city's famous residents. As Madame Noire reported, Gabrielle Union and Dwyane Wade supported their son at Miami Pride by posting some photos from the event and expressing just how proud they are of the special moment.

Union was all smiles as she attended the Pride Day event as she supported her stepson, Zion Wade. Based on photos that the Being Mary Jane star and the basketball player posted on Instagram, the majority of the family was in attendance, including Zion's elder brother Zaire Wade, and the newest member of the family, Kaavia Wade. While the Miami Heat player highlighted the event on his social media account, he, unfortunately, couldn't join in on the fun as he had a game in Toronto against the Raptors on the very same day.

Even though he wasn't there in person, he still made sure to showcase his support for his son via his Instagram Story. Wade posted numerous snaps, such as those featuring both Union and Zaire posing with Zion, who was sporting a bright ensemble and an even brighter smile at the event. The basketball player captioned the photos, "We support each other with Pride!" and "It's a family thing," proving that the entire Union-Wade family is in full support of Zion being totally and positively himself.

The family didn't just attend the event, Union and Zion actually got to travel through Miami Beach in style while on one of the floats in the parade (the rest of the family followed on foot). In the Bring It On star's Instagram Story, she showcased their jam-out session to "Finesse" by Bruno Mars as they danced around the float.

Wade posted a lovely snap of the family, which served as Zion's very own cheering section during the parade. He captioned the photo, "Zion had his on cheering section today. Wish I was there to see you smile kid!"

It's truly wonderful to see the Union-Wade family support Zion during this event, especially since you just could tell from these photos that the day meant so much to him. The family's support similarly touched many on Twitter, who were overjoyed to see Union and Wade supporting their son in such a positive and meaningful way.

Clearly, Wade and Union are incredibly supportive parents. In addition to their recent Pride Day excursion, the husband and wife duo were front and center to support Zion's turn dominating the runway back in March during the athlete's very own A Night on the Runway event, according to Madame Noire. As the publication noted, there were some who criticized Zion's modeling turn, but the couple isn't going to let any of the haters get in the way of publicly expressing their love and support for their son.

Based on all of their recent photos from Pride, and their other sweet parenting moments, it's clear that Zion has a pair of two very supportive parents who will always stand by their son.

More like this
Prince William Reveals Charlotte's Hidden Talent In Ultimate Proud Dad Moment
By El Hunt
Photos Of The 'Elvis' Cast vs. Their IRL Counterparts Will Have You All Shook Up
By Grace Wehniainen
Police Shove 'Full House' Star Jodie Sweetin At An Abortion Rights Protest
By Radhika Menon
Here’s How Lizzo Is Supporting Abortion Rights After The Roe v. Wade Reversal
By Brad Witter
Get Even More From Bustle — Sign Up For The Newsletter