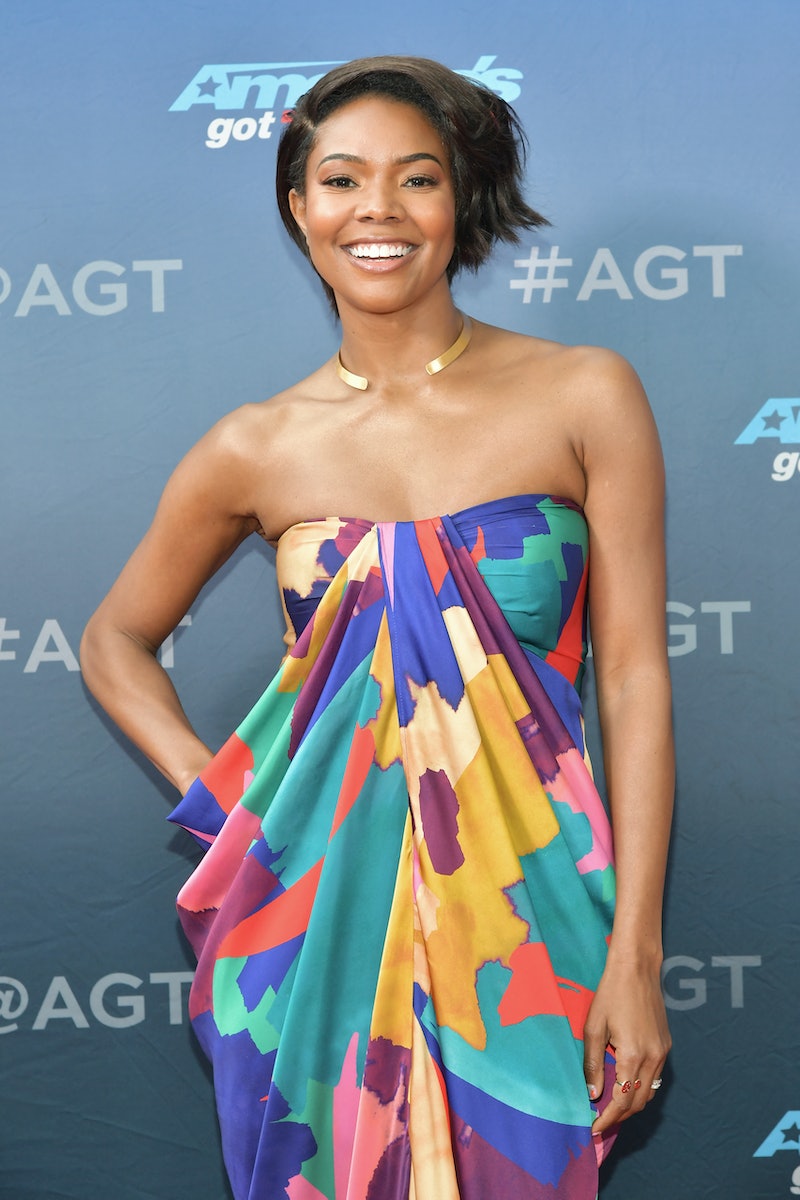 It's only been a little over four months since Gabrielle Union and Dwyane Wade welcomed their first baby together — a daughter named Kaavia James — last November, and now, she's speaking out about what becoming a mom has meant to her. In a new interview with Parents (via People), Union said she loves motherhood, even though her goal is not to be a "perfect" parent. Like anything else, this journey in her life hasn't been without its challenges, but so far, it sounds like she's been taking a healthy approach to the pressure that comes with the job.

Union has been open about her struggle with infertility in the past, and before she and Wade were able to bring Kaavia into the world via surrogate, they'd experienced multiple miscarriages and IVF treatments. Because of that, Union calls her daughter "the personification of hope" for anyone like her who's also dealt with fertility issues, and she said she loves to share her joy with people who have been along for the ride on their journey since the beginning.

Now, Kaavia is four months old, and Union said in her cover interview for Parents that as she's figured out how to care for her daughter, she's had to give herself "permission to be human." Union explained:

“When I need a minute to return emails or cry or mindlessly scroll through social media, I’ll take it. I’m not trying to be a perfect parent. … I’m okay with life not being balanced. I’m not hitting it out of the park in every area. There are times I should be studying lines, but I’m playing with my baby and I’m enjoying it.”

And it sounds like Union learned quickly that knowing when to grab a second for herself was key, because when she lost the guarantee of nap time, taking a minute to shower, even when Kaavia was crying, was crucial. She said:

“Kaavia went through a phase of not napping. I was like, ‘When do I shower or pee or live?’ So I had to get a little comfortable with her crying, which I had not been. And then I took the quickest shower of all time!”

It's good that Union has realized early on that it's OK not to be a perfect parent, because there's a very good chance that perfect parents don't exist. Taking a minute for yourself when you need is important, whether you're not a parent or not — even if it is, like Union said, just to scroll through your phone and catch your breath. And she's been enjoying her time with her baby, too. Anyone who follows her on Instagram knows that much is obvious.

Good for Union for making sure she takes care of herself while also taking care of her daughter. It's definitely not easy, but it sounds like Union is doing awesome so far. And as perfect parents go, it's probably safe to assume that Kaavia thinks her mom is doing just fine.

More like this
Dan Levy Appears In The Latest Teaser For The Weeknd's HBO Series, 'The Idol'
By Jake Viswanath
Everything You Need To Know About The 'Knives Out' Sequel
By Bustle Editors
Stanley Tucci & Felicity Blunt’s Relationship Timeline Might Make You A Little Hungry
By Jake Viswanath
9 Movies & TV Shows That Prove Stanley Tucci Elevates Everything He’s In
By Jake Viswanath and Radhika Menon
Get Even More From Bustle — Sign Up For The Newsletter