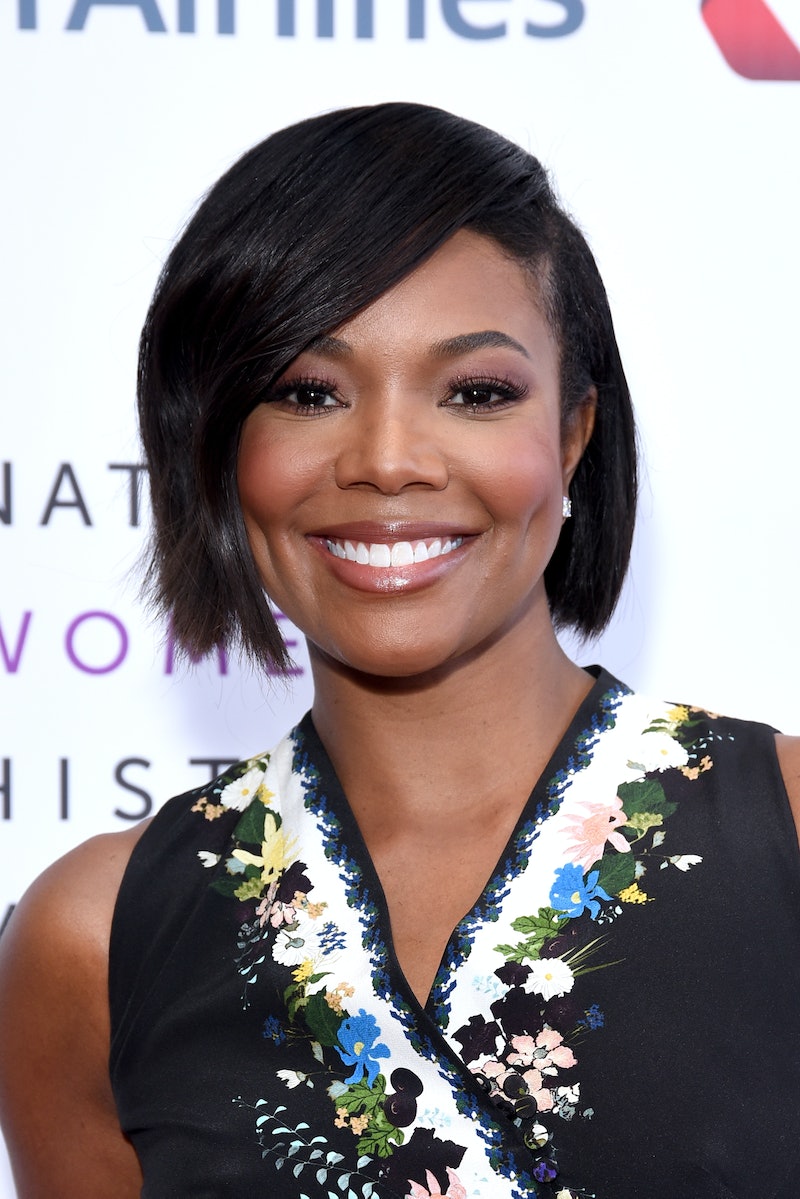 Having a child together hasn't been the easiest journey for Gabrielle Union and Dwyane Wade, but the experience has brought them closer than ever. Union's Instagram post about fertility struggles is brutally honest, yet heartfelt, and it will likely resonate with anyone who's been in a similar situation.

The photo the Being Mary Jane star shared is from the night she and her husband knew they'd be welcoming their daughter, Kaavia James. As Union explains in the post, their surrogate still had four months left in her pregnancy, but the two of them "decided to embrace faith that our little miracle @kaaviajames would make it into our arms." She wrote,

"We held onto each other in joy and peace and allowed ourselves to look forward to her arrival. @dwyanewade marked this moment with his 1st ever tattoo of her 1st name Kaavia James."

In the rest of her post, Union went on to offer words of encouragement for other people who might also be experiencing struggles with fertility. She reminded her followers that experiences like this aren't their fault, writing,

Union ended her post by explaining that even though there were still four months until their daughter was born, this was the night they decided to accept that their daughter really would become a part of their lives. She wrote,

"On this night, we allowed ourselves to stop holding our breath out of fear. We still had 4 months to go. We had never been this close."

Wade and Union welcomed their daughter on Nov. 7, and they look like they couldn't be happier to have their first child together. (Wade has three sons from two previous relationships.) The Bring It On star has already shared multiple photos of her baby on Instagram, and it's clear that she feels a deep connection with the child.

Earlier this month, Union explained a little about how they chose their daughter's name. It turns out that "James" is a family name on Union's side, with her uncle and grandfather sharing the name, People explained.

The actor hasn't shared the meaning behind why they chose "Kaavia," but it's clearly a moniker that has great meaning for both of them. The Miami Heat basketball player has previously shared a photo of his tattoo featuring the baby's name. And based on Union's new Instagram caption, it looks like it was actually his first tattoo, period.

Based on Union's emotional post, she and Wade went through some pain before they were able to welcome Kaavia into their lives. Union has been open about her miscarriages and using IVF treatments in the past, so it's heartwarming to see that she and Wade have finally been able to welcome their daughter. Kaavia seems to be bringing them closer together than ever, and she'll undoubtedly be a source of great joy in their lives.