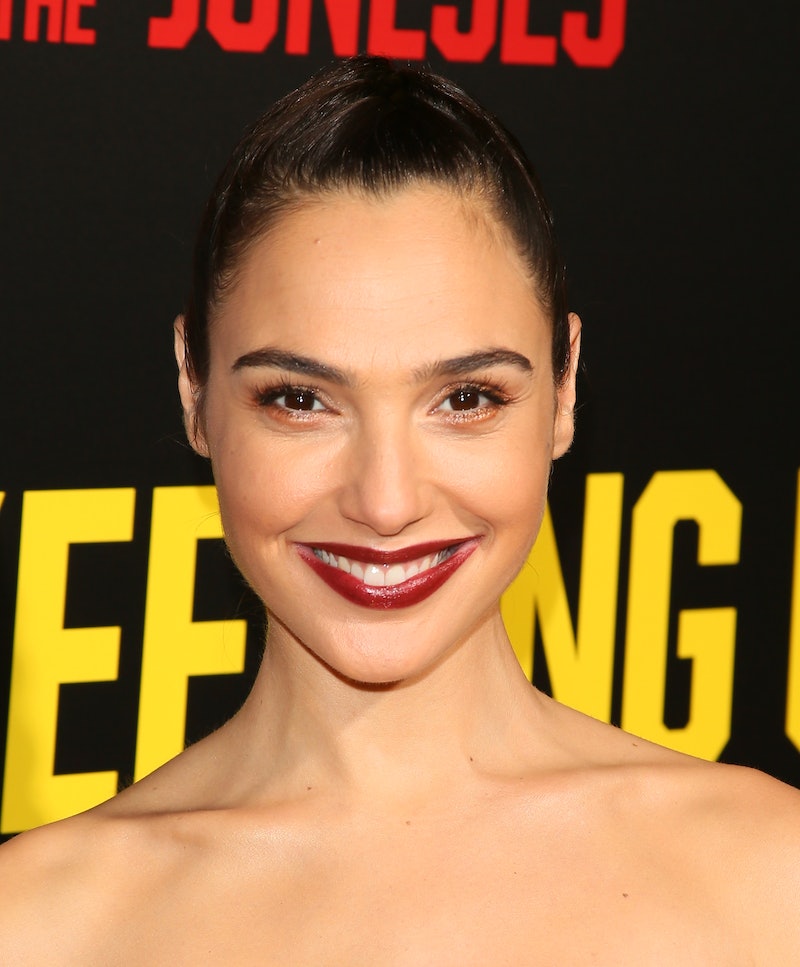 You know what I'm sick of? The notion that a woman's intelligence and sexuality have to be mutually exclusive. Because, um, newsflash: They are not. But something I may be even more sick of? Society sexualizing women, and then punishing them for it. And it seems as though, in light of the UN stripping Wonder Woman of her ambassadorship, Gal Gadot feels the same.

As Just Jared points out, the petition signed by approximately 600 employees of the UN explained that when it came to being an Honorary Ambassador for the Empowerment of Women, “A large-breasted white woman of impossible proportions, scantily clad in a shimmery, thigh-baring body suit with an American flag motif and knee-high boots" didn't fit the bill. And, while fans could definitely make an argument calling for a more diverse iteration of Wonder Woman, there's an overarching misogynistic interpretation of the superhero here that's too blatant to ignore.

The petition's issue doesn't seem to be about the lack of diversity at its core. It appears to be about Wonder Woman's confidence in her sexuality and that's something Gadot takes great issue with.

"There are so many horrible things that are going on in the world, and this is what you’re protesting, seriously? When people argue that Wonder Woman should 'cover up,' I don’t quite get it. They say, 'If she’s smart and strong, she can’t also be sexy.' That’s not fair. Why can’t she be all of the above?"

To further prove Gadot's point, Time points out that the actor herself "is both a model and a soldier." In fact, I'd argue that Gadot's stance on the issue, given her background, gives more credence to why Wonder Woman should be reinstated as the honorary ambassador.

It's simply unrealistic to assume a woman is any one thing. A woman can be beautiful, brilliant, modest, bold, bubbly, or reserved. There is no right or wrong way to be a woman or a human being, so long as one isn't harming anyone else. And to resign a female character that so many look up to to just one aspect of her character is downright damaging.

The fact that the notion of a multifaceted woman is too much for some United Nations staffers to bear, says more about them than it does about the fictional character who has inspired so many women and men alike. Gadot's defense of the superhero and what she stands for is heroic, because she's not letting anyone demean a symbol of strength, perseverance, and feminism to so many people.