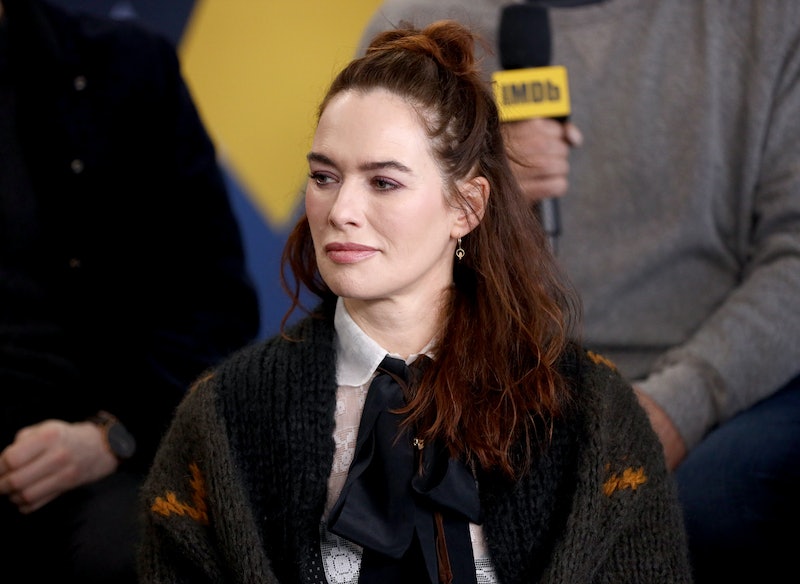 One of the most infamous queens of Westeros has new ink. Game Of Thrones’ Lena Headey announced her new tattoo on Instagram a few hours Sunday night's Emmy Awards. The actor is well-known for playing Cersei Lannister on the HBO series and she posted a closeup photo of her new tattoo on Sept. 22. She wrote in the caption, "@_dr_woo_ You master. Already in the next realm with my scarab 💚" And the scarab is a sacred symbol that is well-known for being good luck, according to the McClung Museum.

A scarab is a type of dung beetle, according to GoodLuckSymbols.com, and it went on to become a "representation" of Kheper, the Egyptian God of the Rising Sun and eternal life. This was in part because of the scarab's routine of rolling dung, which represented the path of the sun to the Egyptians, along with the beetle laying eggs in dead animal carcasses, which was a symbol for new life.

The McClung Museum's website states that the scarab was the most important amulet in Ancient Egypt, and was "earthly symbol of an aspect of the great life-giving sun." The god Kheper was linked with "spontaneous creation, regeneration, so closely associated with eternal existence." Kheper "gave the promise of a renewable life after death," according to GoodLuckSymbols.com. A scarab symbolized "new creation, eternal life and gave immense protection against evil to the bearer." There are approximately 30,000 species of scarab, according to National Geographic, and they can be found in locations all over the world.

Doctor Woo, who Headey tagged in her caption, is a popular tattoo artist in Los Angeles and has inked a few of co-stars of Headey's as well. Emilia Clarke went to Woo September of 2018 to get her tattoo of three baby dragons done on her inside wrist, and Maisie Williams got four Japanese characters on her ribcage earlier this year. Doctor Woo has a major client list of celebrities and A-listers, including Miley Cyrus, Ellie Goulding, Sarah Hyland, and Drake, according to Racked.

Scarabs didn't show up in Game Of Thrones, aside from a mention of beetles by Tyrion to his brother Jaime in the Season 4 episode, "The Mountain and The Viper." Perhaps Headey's new tattoo may be good luck at the 2019 Emmys, where Game of Thrones has 32 nominations for its eighth and final season, which aired on HBO earlier this year. Headey is nominated for Outstanding Supporting Actress in a Drama Series alongside co-stars Gwendoline Christie, Sophie Turner, and Maisie Williams.

The show as a whole was also nominated for Outstanding Drama Series, and has already won some Emmy awards going into Sunday night's ceremony. At the Creative Arts Emmys on Sept. 14 and 15, the show took home 10 awards, including Outstanding Sound Editing for a Comedy or Drama Series for "The Long Night," Outstanding Special Visual Effects for "The Bells," and Outstanding Main Title Design for the famous GoT opening sequence.

In Game of Thrones' final showing at Emmys, it looks like Headey will attend with her new ink.