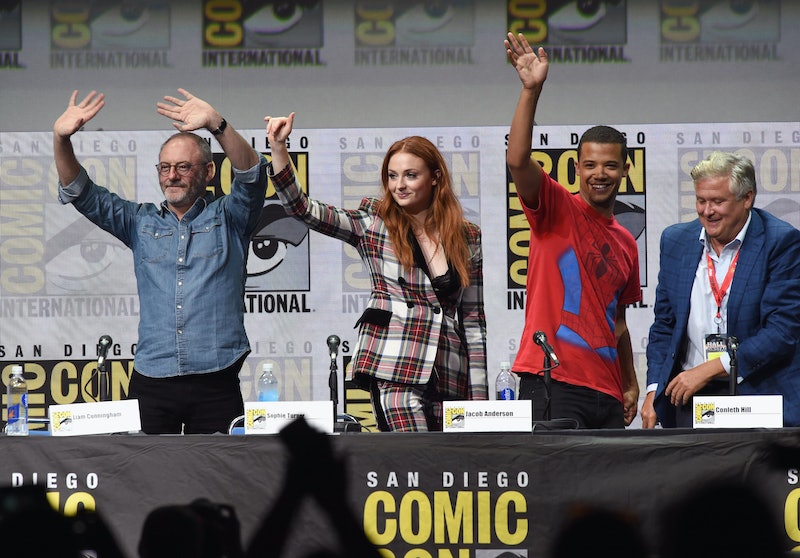 Winter could be coming to Comic-Con’s Hall H this summer after all. On Monday, June 10, Deadline reported that Game of Thrones and San Diego Comic-Con are basically set to reunite next month. It has not been confirmed, but according to Deadline it "looks certain."

"We're actually still in the process of planning, confirming and schedule the show so I really can't comment on any programming specifics. This being our 50th year we're expecting a fun show as usually and always hope for some surprises. Sorry to be vague, but we really can't confirm anything at this point."

Instead, the panel will presumably be in celebration of the hit series and/or the perfect place to tease any of the forthcoming Game of Thrones spinoffs. This will be the first time the series has been at Comic-Con since 2017. Thrones skipped the pop culture convention last year because it was busy making the eighth and final season of Thrones. Last June, HBO said in a statement,

“Due to production schedules and air dates for Game of Thrones and Westworld, these series will not be presented at San Diego Comic-Con this summer. HBO has a longstanding relationship with SDCC, and we are very grateful for the fans’ enthusiastic response over the years. We look forward to returning in the future.”

What do you know? The future is now. Game of Thrones is reportedly already ready to return to San Diego Comic-Con.

Exactly which members of the Game of Thrones roster would be present and accounted for at this year's panel has yet to be revealed, but according to Deadline, Game of Thrones author George R.R. Martin is "anticipated to appear in one form or another."

"Oh, and speaking of television, don’t believe everything you read. Internet reports are notoriously unreliable. We have had five different GAME OF THRONES successor shows in development (I mislike the term “spinoffs”) at HBO, and three of them are still moving forward nicely. The one I am not supposed to call THE LONG NIGHT will be shooting later this year, and two other shows remain in the script stage, but are edging closer. What are they about? I cannot say. But maybe some of you should pick up a copy of FIRE & BLOOD and come up with your own theories."

The network confirmed to Entertainment Weekly in February that a Game of Thrones prequel was slated to start filming in "early summer."

Between the "successor shows" and the final season of Game of Thrones original recipe, there will be a lot of potential topics to cover at GoT's post-final season Comic-Con appearance. May they spend no less than 15 minutes on that water bottle that wormed its way into the series finale.