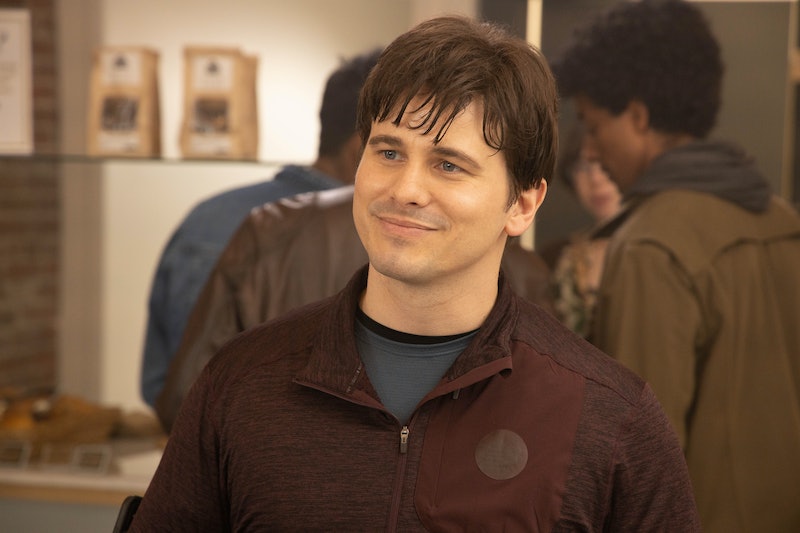 Spoilers for A Million Little Things Episode 11 ahead. Last week, fans discovered that Eric is hiding a big secret from Maggie. He lied about having heart surgery, meaning he doesn’t actually have her brother’s heart like she was led to believe. However, that apparently isn’t the only secret this guy is harboring. Gary and Eric’s fight on A Million Little Things this week didn’t amount to any punches actually being thrown, but it did offer a little more insight into Eric’s past and another dark cloud that’s been hanging over him for quite some time.

After doing a little internet stalking (with the help of a weirdly invested bartender), Gary discovered that Eric has a wrongful death suit against him from Chloe’s family. Chloe, as you’ll recall, is Eric’s deceased fiancée who died in the same accident that left Eric in need of a heart transplant (or so we all thought). The fact that her family is suing him, though, indicates that viewers may not know the whole story about what happened. It’s natural for survivors of an accident to feel a twinge of guilt over those who weren’t so lucky, but it’s possible Eric’s guilt runs deeper than that. Was he truly at fault for what happened? And what does this have to do with lying about his own heart surgery?

Maybe he was afraid that Chloe was going to leave him, so he caused the accident on purpose, believing the two of them would die together. (If he can’t have her, then no one can.) It’s a dark plot twist to consider, especially when the character is being played by the always charming Jason Ritter, but it’s definitely within this show’s wheelhouse to throw a curveball like that our way, so don’t completely rule it out either. But if that really is the case, then Maggie could be in way more trouble than we thought.

Unfortunately, Gary let his emotions get the better of him, so he didn’t really give Eric the chance to defend himself or explain how the lawsuit had come to pass. They just started shoving each other a bit until Eric’s friend or colleague Max came out and broke it up before things could go too far. Gary stormed out without any answers, but that doesn’t mean he won’t still be keeping on eye on Eric moving forward.

“I think Gary’s always had a Spidey sense that something isn’t quite right with Eric,” James Roday, who plays Gary, told TVLine during a recent interview. “Even though he and Maggie are no longer together, he obviously still doesn’t want anything bad to happen to Maggie. He cares very deeply about her… He’s still being protective of her. Also: He doesn’t trust the dude.”

Just wait until Gary finds out about Eric’s other big heart-sized secret.