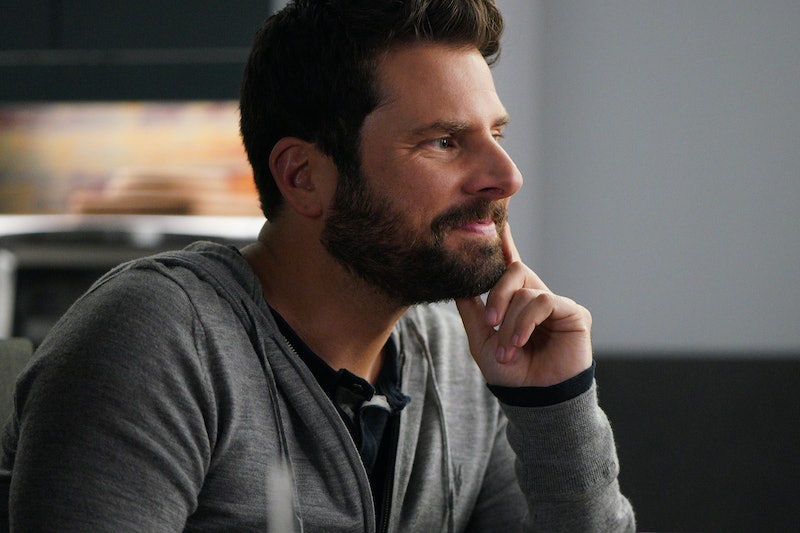 There are some characters on A Million Little Things that fans know a ton about (Jon, for instance), and some that are still mysteries. Like Gary. who often covers his pain with humor and has a shield up to keep people (including viewers) out. But having Maggie's mom in Boston must be tough for him, because Gary's own mom on A Million Little Things left him as a child to be raised alone by his father.

Gary recounted the story early on in Season 1 to explain why he hates his birthday so much. It turns out that he didn't always have such a bitter attitude towards his special day. "I remember that feeling, waking up and realizing, 'Today's the day. Today is my birthday,' especially as a kid," Gary said, before launching into the story that ruined it all. "When I was seven, my parents threw this huge party. Whole grade came over. Not just my class — The whole grade. And they hired a magician." (It's worth mentioning that this event didn't just ruin birthdays for Gary, it also ruined magicians. He hates those too.)

He continued, "That morning, my parents got into a huge fight. It was a real blowout in their bedroom, and all those kids could hear them."

Gary's mom left a couple of months later, but he knew on that day — his seventh birthday — that it was over. "When I blew out my candles, I didn't wish for them to stay together. I just wished for us to be happy," Gary said. "And then I promised myself that I would never get married, because that is not what I wanted."

Gary's done a lot of work on his shortcomings in the years since. He's grown from someone who couldn't commit to a relationship to someone who's living with his girlfriend. But those abandonment issues from his mom are likely still there, and her leaving created a rift between him and his father as well. Gary told that story to Maggie's mom last season, when he explained that he's not really religious. "I was raised Catholic. Church every Sunday, twice at Christmas. When my mom left, it was just me and Pops. He wanted to go more, I wanted to go less ... I was way over it," he said. His father clearly wanted to turn to faith in his wife's absence, and Gary didn't want to. So he sort of lost his father in that sense, too.

Knowing his backstory, it makes sense that Gary is pushing Maggie so much to reconnect with her mother. At the end of the Oct. 3 episode, he pressured her to go join her mom at dinner, because Gary believed she was eating alone. However, Maggie soon saw that her mom was actually with a younger man, whom Maggie believes to be her mom's new boyfriend. Gary's plan for this mother and daughter to have what he doesn't backfired that time, but he probably won't stop trying.

In lieu of a relationship with his own mom, Gary does have one with Maggie's mom. The two of them are on a texting basis, and she even hugged Gary first when she came to see him and Maggie. She's not his biological mother, and she can't heal the pain created when he was a child. But at least Gary has someone he can count on to fill that maternal role — you know, as long as she and Maggie stay on speaking terms.

More like this
Ashton Kutcher Wants Danny Masterson “To Be Found Innocent” In Rape Retrial
By Jake Viswanath
'The Queen’s Gambit' Season 2 Tweet Wasn’t From Anya Taylor-Joy
By Mary Kate McGrath, Jack Irvin and Grace Wehniainen
Linda Ronstadt’s “Long Long Time” Plays A Pivotal Role In The Last Of Us
By Brad Witter
Pamela Anderson's Sons Brandon & Dylan Have Their Own Hollywood Careers
By Arya Roshanian
Get Even More From Bustle — Sign Up For The Newsletter
From hair trends to relationship advice, our daily newsletter has everything you need to sound like a person who’s on TikTok, even if you aren’t.