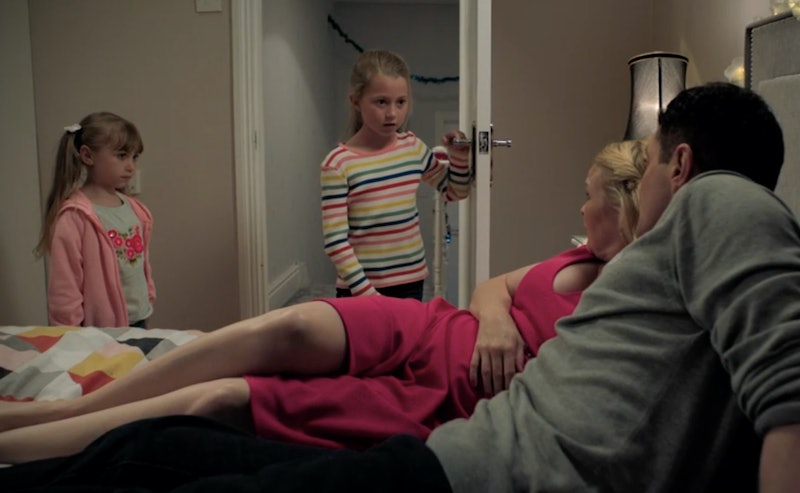 You'll already be aware that, over the Christmas 2019 period, one of the most important moments in British pop culture took place: the Gavin & Stacey reunion. After nine long years off air, James Corden and Ruth Jones assembled the beloved gang in Barry, Wales for a festive bonanza. Quite a lot has changed, with Neil all grown up and Gavin and Stacey having a brood of their own. Well, Jones recently revealed the hidden meaning behind Gavin and Stacey's kids' names, and it makes so much sense.

When we last left the show's eponymous couple, they had spent some time trying to conceive a baby, so if you didn't manage to catch the reunion you'll be pleased to know that they've been blessed with three bundles of joy. They have a boy Harri and two girls, Meghan and Caitlin. Iconic.

According to to Metro (via Wales Online), the names pay homage to the kid's grandmother, Pam, and her love of royals. Ruth Jones explained to Wales Online:

Imagine being named after the greatest power couple of 2019, Harry and Meghan. Pretty historic, right?

But this isn't the first time that characters in Gavin & Stacey have taken name inspiration from real life figures. Some of the surnames in the show (Shipman, West and Sutcliffe) are taken from some of the UK's most notorious serial killers. Yep, that's right, serial killers.

Jones spoke about the dark name choices in 2007 saying to The Guardian "I suppose we were hoping that people wouldn't realise and then when it does come to light, it's even more delicious. I'm sorry, that's a terrible word to use in conjunction with two murderers."