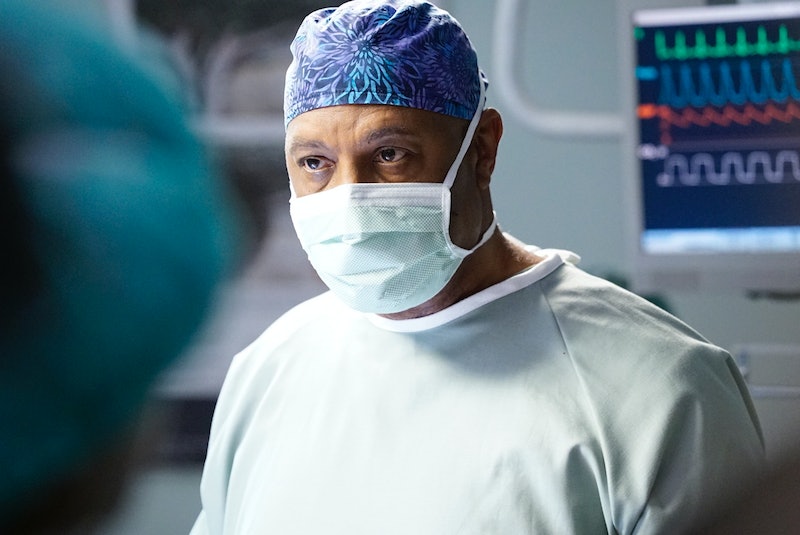 When a show has been on the air for 16 years, there is plenty of history and deep benches of supporting characters to pull from when one of the stars to be faced with a blast from the past. When Gemma shows up on Grey's Anatomy Season 16, Richard Webber will have to deal with just that — and so will viewers, who may or may not remember exactly who Gemma is. Before she returns to the halls of Grey Sloan Memorial Hospital, it might be a good idea to get a refresher on this supporting character and why she's so important to Richard.

Gemma isn't actually that deep of a cut for the show, having appeared relatively recently in the back half of Season 15; but you'd be forgiven if her brief stint on the show (only appearing in one episode of the season) and the five summer months that have passed have blurred your memory of the exact details.

The character, played by Jasmine Guy (A Different World), made her debut appearance in the 22nd episode of Season 15, titled "Head Over High Heels." That title was a direct reference to Gemma, who was admitted to Grey Sloan after falling over in a drunken stupor and impaling herself on her own stiletto. In a show full of bizarre medical cases, this was certainly one for the books.

It was quickly revealed that Gemma was an acquaintance of Richard's from Alcoholics Anonymous in fact, they shared a sponsor in Ollie, who passed away from liver failure in Season 14. Ollie's passing severely tested Richard's sobriety — and although he was ultimately able to recover, Ollie's other sponsee wasn't so lucky. Gemma's grief over her sponsor's death led her to relapse, which ultimately landed her in the ER with that shoe in her sternum.

Fortunately, Richard performed a successful surgery on Gemma… and now Gemma is returning to once again shake things up in Richard's life. Last month, it was announced that Jasmine Guy would be returning to Grey's Anatomy for Season 16 — and as reported by Deadline, this time she'll be there for a larger recurring arc rather than a single guest appearance.

After Gemma returns to Grey's in Season 16's third episode, "Reunited," she'll next pop up in Episode 5, titled "Breathe Again." According to the press release for that episode, "Richard and Gemma grab breakfast together and things go awry." Awry in what way? Knowing Grey's, there will be some bizarre medical mishap involved in their trip to IHOP or wherever… but Gemma's return could signal bigger things for Richard's love life.

Is it a coincidence that Gemma is popping up for a recurring arc just as Richard's marriage to Catherine is hitting the rocks? Almost certainly not. Things have been strained between the spouses ever since Catherine stood by and allowed Bailey to fire Richard in the Season 15 finale without saying a word in defense of her husband. The sudden reappearance of an old friend with an intimate connection to Richard at the exact time that his relationship is floundering is a perfect recipe for drama. And if there's anything Grey's loves than disasters, it's drama.

Sixteen years is a long time to tell stories about one character, and it's obvious that the writers are committed to keeping things fresh for Richard this year, between seismic changes in both his career and his marriage. It's unclear exactly how long Gemma will be sticking around this time (or if anything will be sticking out of her this time); but when it comes to upending the status quo for Richard, Gemma could be just what the doctor ordered.