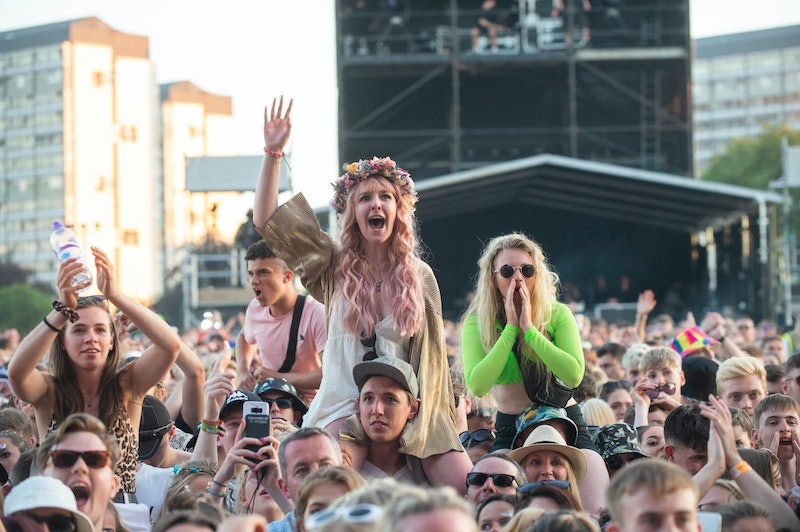 With the likes of Lizzo, Billie Eilish, Jorja Smith, and Dua Lipa to name a few producing chart-topping hits, it feels like an awesome time to be a woman in music. Listening to your favourite artist on Spotify might be great but nothing beats seeing them live at a festival. The epic music, mixed with being in a field, day-drinking with your mates is about as fun as it gets. However, if you’re concerned about supporting your favourite female artists gender-balanced festival line-ups are "several years" away, according to one major festival organiser. It seems ridiculous that female artists aren’t playing major festivals not because they’re women, but because there’s so much headlining female talent out there right now. If they’re selling out their own stadium tours, festival line-ups should show that.

Unfortunately no one gave director of Scotland's TRNSMT festival Geoff Ellis the memo. He told the BBC, “we'd love there to be a higher representation of females but there isn't, certainly on the acts we're announcing today. It’ll be a while until there's a 50/50 balance. That's definitely several years ahead for any major festival to achieve because there's far, far less female artists.” He continued:

"We need to get more females picking up guitars, forming bands, playing in bands.”

In 2018, 45 festivals including the BBC Proms, Brighton's Great Escape, and the Cheltenham Jazz Festival all signed a pledge to have a 50/50 gender balance by 2020. Big festivals such as TRNSMT didn’t sign on.

TRNSMT have announced the Queen Tut’s stage will be returning in 2020. This is a stage which only female acts perform on. While it was met with some criticism Ellis explained to the BBC, “we're giving that platform to help more females see that kind of opportunity because you do get more of a drop-off at a grass roots level and there are less female artists around. It's not just about booking more female acts because if there are fewer of them then there are less of them to go round all the festivals".

So far, the Coutrneeners, Ian Brown, Lewis Capaldi, Blossoms, Liam Gallagher, and Snow Patrol have been announced as part of the line-up for TRNSMT 2020. Only two female artists, Rita Ora and Little Simz, have been revealed. Ellis told the BBC, “there's definitely more to come - they're just not over the line yet.”

While some festivals have pledged to have a 50/50 gender split by 2020 organisers of Primavera Sound in Barcelona have said it isn’t and shouldn’t be that hard. In June 2019 Primavera's Marta Pallares Olivares told BBC Newsbeat, “it's not difficult once your mind is set - when you decide that you want to do this, you start looking for female bands and see that you have been listening to them during the last month,"

In 2019 Primavera Sound became the first festival to achieve a 50/50 gender split on their line-up. While some have criticised the aim to have gender balance at festivals as a tokenistic box ticking exercise, it feels illogical that there’s so much female talent out there in the music industry and they’re not being signed to festivals. With more events pledging to a 50/50 split hopefully there’s changes to come.