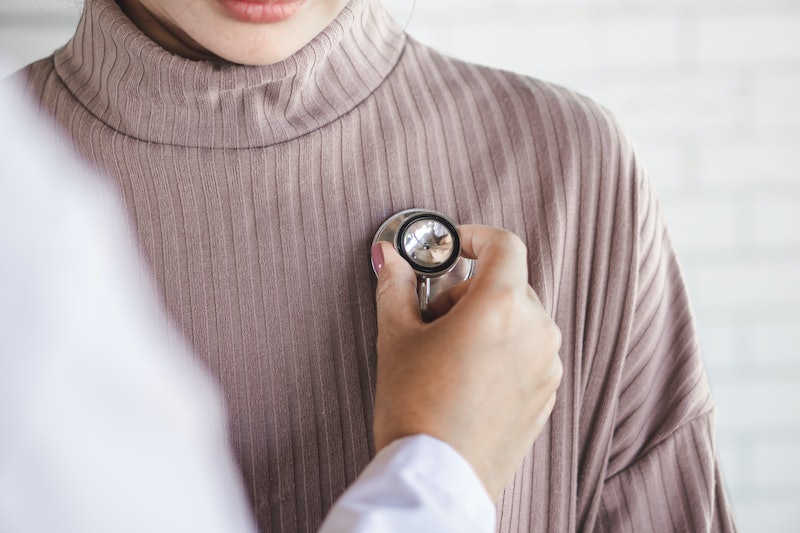 According to a new report from the British Heart Foundation, the general understanding of coronary heart disease is still gendered, meaning women are dying unnecessarily from heart attacks. Not only are heart attacks still seen as something that mainly affects men, the report shows, but the full extent of symptoms aren’t commonly known, all of which is "limiting the survival chances of women."

According to the British Heart Foundation report, “Coronary heart disease kills more than twice as many women as breast cancer in the UK every year and is the single biggest killer of women worldwide.” Women are also less likely to seek medical attention rapidly, even with the warning signs there. The report reveals that 35,000 women are taken into hospital following a heart attack in the UK each year, which is an average of 98 women a day, or four an hour.

"Over a ten-year period more than 8,200 women died needlessly following a heart attack. They could have been saved if they had received the same quality of care as men."

They continued: "We've pulled together the evidence in a new briefing, 'Bias and Biology', that sets out the scale of the problem."

The new briefing explores the ways in which gender bias can be life-threatening. For women, symptoms of a heart attack may include pressure, tightness or squeezing in the chest area, pain spreading to the left or right arm, or neck, jaw, back or stomach pains. Other symptoms include "a sudden feeling of anxiety that can feel similar to a panic attack" and excessive coughing or wheezing.

However, this kind of life-threatening gender bias doesn't just occur within the medical industry. Caroline Criado-Perez's book Invisible Women: Data Bias In A World Designed For Men explores how many aspects of life are made with cis men as the prototype including the size of cars and the crash dummies they use to assess their safety.

The way in which heart attacks are treated is no different. According to the Guardian, “Women in Britain are 50% more likely to be misdiagnosed following a heart attack: heart failure trials generally use male participants.” Being “historically under-represented” in clinical research means that treatment has been based around men, the British Heart Foundation report suggests.

Gender bias in the medical industry is costing lives. It’s critical to know the variety of symptoms for heart attacks. The British Heart Foundation suggests that, if you think you are experiencing a heart attack, call 999 rather than going to your GP or A&E as paramedics will be able to diagnose you quicker compared to in A&E, where there could be delays. And, if you want to find out more about heart attack symptoms in women, you can do so on the British Heart Foundation website here.