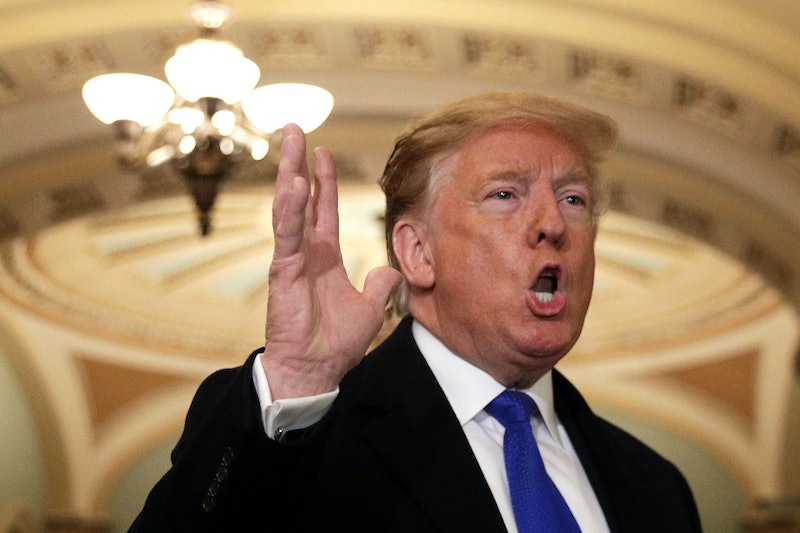 In his latest piece for The Washington Post, George Conway 's op-ed on the Mueller report urges the American public to have higher standards for the presidential office. Conway, who is a lawyer in New York and is married to Kellyanne Conway, has been outspoken in his criticism of the president over the years. The president, too, has become increasingly critical of Conway. But this latest op-ed cuts to the core of Conway's frustrations.

In the op-ed, Conway wrote in part,

... whether the Mueller report ever sees the light of day, there is one charge that can be resolved now. Americans should expect far more from a president than merely that he not be provably a criminal. They should expect a president to comport himself in accordance with the high duties of his office. As all presidents must, Trump swore an oath to preserve, protect and defend the Constitution, and to faithfully execute his office and the laws in accordance with the Constitution. That oath requires putting the national interests above his personal interests.

At another point, Conway brought up a particular argument: if Mueller went out of his way to establish that his report did not "exonerate" Trump (which he did), there was a pretty clear implication to that. Conway wrote, "If his report doesn’t exonerate the president, there must be something pretty damning in it about him, even if it might not suffice to prove a crime beyond a reasonable doubt."

Conway finished the article by listing a number of ways in which he believed Trump had put his own interests above national interests, including the time he suggested his then-deputy attorney general should go to jail, as well as the time he was "more concerned about touting his supposedly historic election victory than confronting an attack on our democracy by a hostile foreign power."

Conway concluded, "If the charge were unfitness for office, the verdict would already be in: guilty beyond a reasonable doubt."

Whatever happens this day or the next, or in this investigation or the next or the one after that, we should always remember this: We should expect far more from a president than merely that he not be provably a criminal beyond a reasonable doubt.

Conway's scathing op-ed comes after a long month of sparring with the president, and with staffers of the Trump administration. On March 24, Conway took on Sarah Sanders for her inaccurate tweet on the Mueller findings. Sanders originally tweeted, "The Special Counsel did not find any collusion and did not find any obstruction. AG Barr and DAG Rosenstein further determined there was no obstruction. The findings of the Department of Justice are a total and complete exoneration of the President of the United States."

Conway tweeted back at Sanders by quoting the true findings of the Mueller report, writing, "You misspelled 'While this report does not conclude that the President committed a crime, it also does not exonerate him.' Pls fix.Thx." That came a week after Trump tweeted that Conway was an "idiot," among other things, to which Conway replied at one point, "You. Are. Nuts."