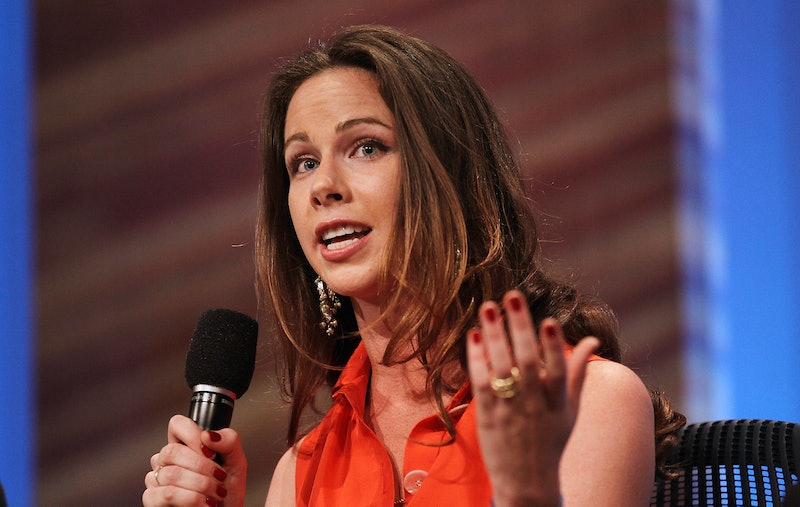 You might be surprised to hear that Barbara Bush will be Planned Parenthood's keynote speaker at the Fort Worth luncheon on Mar. 1. The fundraiser is held annually to raise money for various sexual and reproductive health services, including education and abortion procedures. Given her father's pro-life stance, Planned Parenthood's choice of her as the main speaker probably seems strange to many people. The fact is, though, that Barbara Bush, along with numerous other members of the Bush family, have long expressed pro-choice views.

Prescott Bush, Barbara's great-grandfather, avidly supported Planned Parenthood during the 1940s, even serving as treasurer for their inaugural national fundraiser. His association with Planned Parenthood later resulted in his losing a senate seat election (though he did eventually succeed in becoming a senator).

During his years as a Texas congressman, George W. H. Bush pushed for the federal funding of Planned Parenthood and other organizations focused on family planning and reproductive health. In a foreword he wrote for the book World Population Crisis: The United States Response, the former president embraced progressive views on the issue. He wrote:

I was impressed by the sensible approach of Alan Guttmacher the obstetrician who served as president of Planned Parenthood. It was ridiculous, he told the committee, to blame mothers on welfare for having too many children when the clinics and hospitals they used were absolutely prohibited from saying a word about birth control. So we took the lead — in Congress in providing money and urging — in fact, even requiring — that in the United States family planning services be available for every woman, not just the private patient with her own gynecologist.

The women in the family have usually expressed pro-choice views. In 1992, during her husband's campaign against Bill Clinton, the senior Barbara Bush bluntly stated her belief that abortion did not belong on a political platform. "I'm not being outspoken or pro or con abortion," she said. "I'm saying abortion should not be in there, either pro or con." That same year, she argued against the overturning of Roe v. Wade, arguing that it's "a private matter." In her 1994 book Barbara Bush: A Memoir, the former first lady admitted to being pro-choice.

As for the youngest Barbara Bush, she referred to Planned Parenthood as an "exceptional organization" in a 2016 interview published in the New York Times. With a characterization like that and the news of her participation in their upcoming event, it's safe to assume she has a good relationship with the group.

So it does make sense that Planned Parenthood would welcome her as the keynote speaker for one of their fundraising efforts. The real question here is: why did the Bush men end up switching to the pro-life side of the debate after coming from pro-choice leanings? The answer: as the Republican Party moved further and further to the right, adopting anti-abortion platforms became the strategic choice for their political campaigns. Politics, as usual.