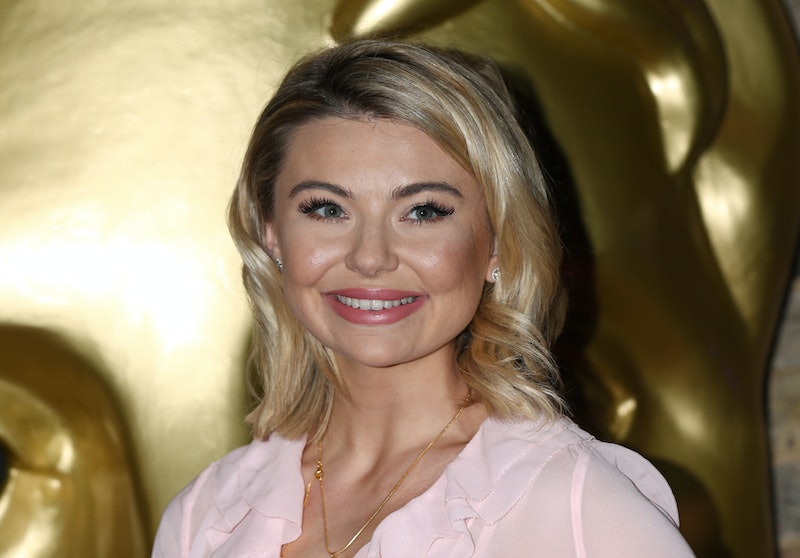 Made In Chelsea and I'm A Celebrity star Georgia Toffolo has expressed gratitude to the public and press after being detained in an airport in the Maldives for nine hours. The 25-year-old tearily asked for help on social media when Maldivian immigration found a page was missing from her passport.

She tweeted: "I have been detained at Male airport ... I am very scared I don’t know what else to do I have been here for hours. I am not allowed to board a flight home because of my damaged passport but I am also not allowed to leave the airport. Please help."

After hundreds of retweets, the British ambassador for the Maldives, Caron Roshler, replied, saying: "Consular assistance is being provided & I am confident you will soon be enjoying all the delights that Maldives has to offer."

Toffolo then posted a heartfelt message on Instagram, telling her 1.9 million followers she had finally been released from "immigration detention." She thanked everyone who helped her, adding: "If I hadn’t posted online, I would 100% still be stuck without my passport!"

The reality star also admitted her privilege, writing: "This scares me because it is such a privilege to have a following on social media — people can hear me. What if I didn’t have a social media following? I can’t bear to think of another girl in the situation I found myself in where no one can hear you."

Attempting to add some humour to the situation, she said she had "made some lovely friends" at the airport, describing them as a group of seven "airport guys that didn't leave me while I was wailing." But, "on reflection," she said "they couldn't leave me because I was being detained."

"But still they were kind. They ran me through the best bits of the potential prison I was almost spending Christmas in, every cloud etc! I even had a laugh with the immigration officers in the end. Oddly excited for the reunion when I leave."

However, she did describe it as "a really horrible experience," urging everyone to thoroughly check their passports before travelling.