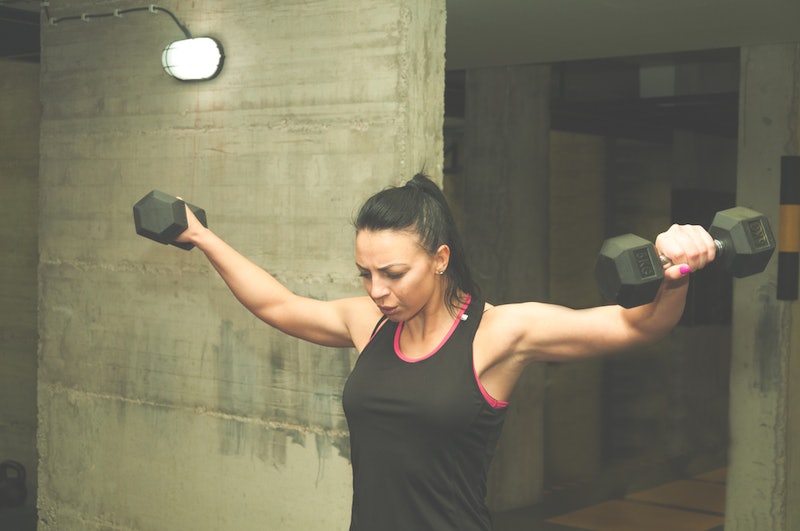 Germs in public places seem to go hand-in-hand, and your gym is no exception. In fact, gym equipment is a wildly popular breeding ground for bacteria: harmful strains of bacteria in gyms are present in startling numbers on workout equipment. So what are these bacteria — and will they get you sick?

In 2017, the fitness equipment review site FitRated conducted a study of 27 pieces of fitness equipment from three different gyms, taking a surface sample from each to test for bacterial content. From each of the three gyms tested, three treadmills, three exercise bikes, and three free weights were swabbed for samples. The study found that free weights contain more than 360 times the amount of bacteria than toilet seats, and treadmills contain over 70 times more bacteria than a water faucet.

Fitrated found that most of the bacteria on gym equipment was gram-positive cocci, which are the most common causes of skin infections. Gram-negative rods were the second most prevalent bacteria on gym equipment: over 90% of these bacteria are harmful to humans, and may be resistant to antibiotics. A similar study of group fitness equipment, conducted by Elliptical Reviews, found that rented hot yoga mats and Crossfit barbells can host anywhere from eight to 48 times more bacteria than a toilet seat.

So what’s a Crossfit-loving, elliptical-using, gym-going human to do? Elliptical Fitness suggests wiping down your equipment after using it (as gym etiquette demands) but also going a step further: wipe down your equipment before use as well, because you never know if the person who used it before you exercised their best etiquette.

The good news? Microbiologist Jason Tetro tells Bustle that we should take these kinds of gym equipment studies in context. “Remember that even if we’re just sitting down, we’re shedding between one and 30 million bacteria.” Given the sheer amount of bacteria people are exposed to from sitting on any surface, Tetro says that the volume of bacteria found on gym equipment is more expected than alarming. The most likely way you could actually get sick from coming into contact with bacteria by the gym is actually unlikely to happen. “As long as you don’t lick [the equipment],” he says, “there’s probably not much of a likelihood that you’ll get those massive amounts inside of you.”

But before you rejoice too much, remember that literally licking equipment isn’t the only way people bring their mouths into indirect contact with gym equipment. Wiping your face with your hands instead of a towel (or with a towel that’s been all over said equipment) can increase your chances of getting that direct contact Tetro’s talking about.

But your body’s relationship with bacteria in the gym extends beyond how well you wipe down your equipment and how often you tend to lick the free weights. A 2018 study published in the journal Frontiers in Immunology highlights the ways that regular exercise increases immune health. While the study refutes the myth that an intense bout of exercise can give you a temporary immunity boost — so don’t dive into the gym for a random HIIT session the next time you feel a cold coming on — it emphasizes how much consistent exercise boosts long-term immunity.

And it gets even better: the study says that immune competency greatly increases with frequent exercise over time. So, even in a gym swimming in bacteria, consistent exercise will reduce the likelihood that you’ll be susceptible to the germs you lick off the equipment. (Don’t lick the gym equipment. It’s just an example.) In other words, exercise creates sweaty environments for those bacteria to thrive, but getting sweaty with exercise keeps your immune system healthy. So really, everybody — you and gym-dwelling bacteria — wins.