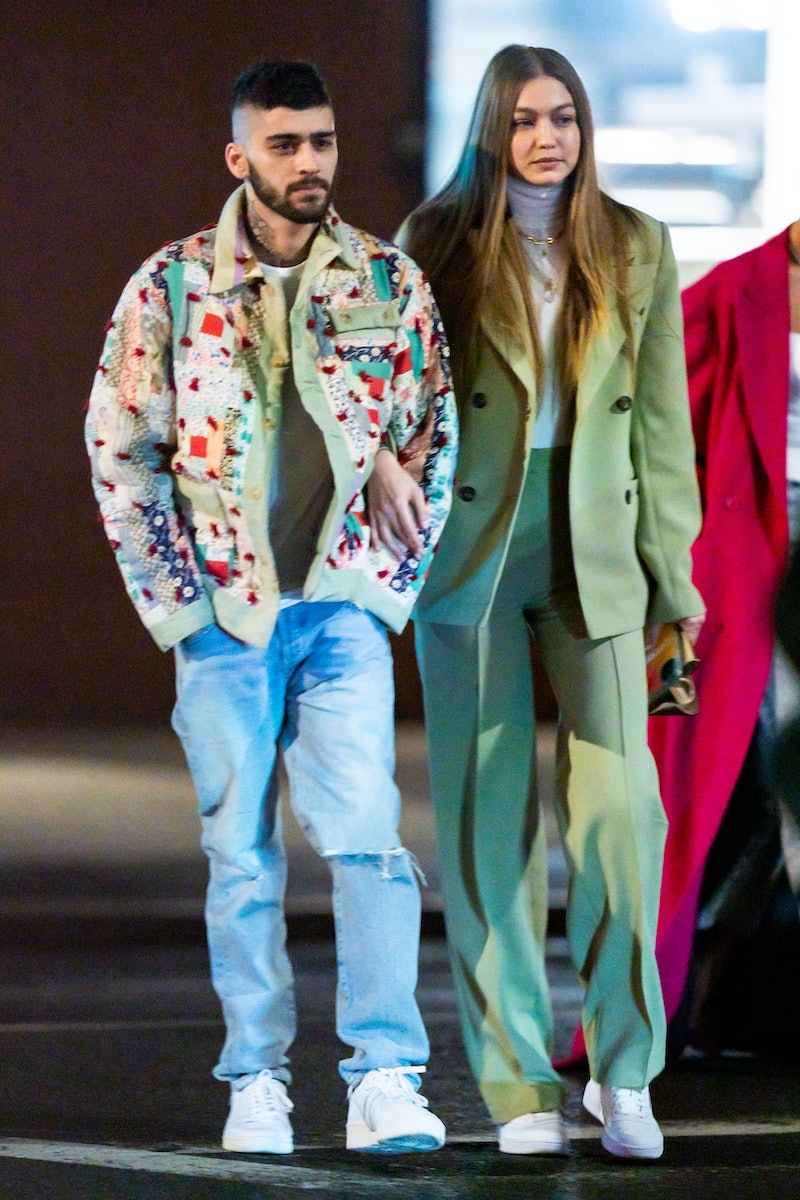 Nearly one year after the two seemed to part ways for good, Zayn Malik and Gigi Hadid sparked dating rumors, having reportedly reconciled last month, according to E! News. On Friday, Malik and Hadid seemed to confirm the reunion after the two were spotted celebrating Malik's 27th birthday at the Italian restaurant il Buco in New York City, as per E!. The star's family and friends were also present for the birthday celebration, including Hadid's sister Bella and mother Yolanda Hadid, as well as brother Anwar Hadid and his girlfriend, Dua Lipa.

Back in December of 2019, Hadid posted a video of herself cooking Malik's mother's recipe for curry pasta salad on Instagram, sparking rumors the two were back together, per People. The "Let Me" singer and Hadid reportedly reconnected before Thanksgiving in 2019, with an anonymous source reporting, "Zayn has been reaching out to Gigi for the last month and she is giving him another chance," according to E!. The same source said Hadid "has always loved him," but that, "the break between the two was needed." Malik and Hadid were first linked in 2015, though split briefly in 2018. One year later, the model and Malik broke up once again in January of 2019, citing the need to "spend time apart."

On Saturday, Malik and Hadid were spotted walking arm-in-arm in New York City, seeming to confirm their rekindled romance. Back in August, Hadid was linked to Bachelorette contestant Tyler Cameron, after the two were seen together at SoHo House and driving around in New York City, as per Cosmopolitan. In October, the two parted ways amicably, with Cameron saying he had "a lot of respect for" Hadid and that she was "a great person, a great friend" in an interview with People TV. The former-Bachelorette star broke things off with Hadid before the model reportedly reconciled with Malik.

Despite their on-again, off-again relationship, Hadid and Malik have supported each other over the years, and it's not apparent if the two are truly back together or have simply rekindled their friendship. Either way, it will be an eventful year for Malik, who is reportedly working on a new album, according to Billboard, and Hadid recently began working with UNICEF in addition to modeling, according to Vogue. No matter what the New Year brings for Malik and Hadid, the couple seem ready to tackle these opportunities together.

More like this
Gigi Hadid Gave Up One Surprising Thing After Having A Baby With Zayn Malik
By Alyssa Lapid
9 Photos Of Celebrity Couples & Unexpected Duos At The 2023 Grammys
By Jake Viswanath
The History Of Taylor Swift's "All Too Well" & What The Lyrics Actually Mean
By Jake Viswanath
Bennifer's Relationship Timeline Now Includes A Grammy Date Night
By Jake Viswanath
Get Even More From Bustle — Sign Up For The Newsletter
From hair trends to relationship advice, our daily newsletter has everything you need to sound like a person who’s on TikTok, even if you aren’t.