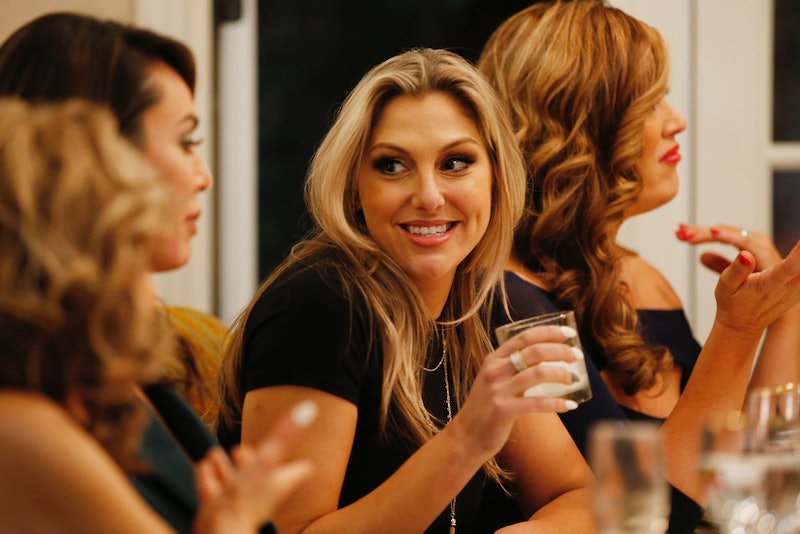 Even though the Real Housewives of Orange County viewers have never "met" Gina Kirschenheiter's husband Matt on the show, he's been a major part of her storyline. After living apart for a while, the couple has gone their separate ways. Nevertheless, Gina from RHOC insists on having an amicable divorce in a new interview with E! News.

She's definitely taking the road less traveled when it comes to the end of her marriage, let alone the end of a marriage in the reality TV spotlight. Gina admitted to E! News,

"It's been hard. I actually think the show airing is kind of good for Matt and I, because it reiterates that we really are at the core friends and it has helped us be better now."

Even though Gina revealed her decision to divorce on the show, she's not vilifying her husband. She insisted, "Matt knows 100 percent I have his back and we are in this together and we're a family and that's how we've always been." This makes a lot of sense since they have three children together.

"Although we don't have this romantic connection anymore, it doesn't mean you can't be family anymore. This idea that you're divorced and no longer family to me is so backwards and dated and old school and I refuse to subscribe to it and we're doing the best that we can to keep our family together. It just looks different now."

The family really does look different now. The soon-to-be-divorced couple added another member to the Kirschenheiter family: a puppy, a milestone that Gina documented on Instagram. Gina and Matt are not only committed to raising their children as a united front, but now they have a dog in the mix. If this is not the epitome of an amicable divorce, then what is?

Gina seems to be at peace with the impending divorce, but her Real Housewives of Orange County costars have been giving her a hard time about it. In the E! News interview, she admitted,

"I get where they are coming from. They walked a different journey than I have so I would understand them being skeptical."

To be fair, a part of the premise of RHOC is that the women will discuss each other's lives. If this was real life, the ladies might not have discussed Gina's divorce in a group setting at length. Unfortunately, the crossover between real life and filming a reality TV show does not give Gina much privacy with this situation.

The cast members may not know Matt and Gina's relationship as romantic partners, but Matt is getting to know the cast members as Gina's costars. Well, sort of. In a Sept. 11 interview with Us Weekly, Gina admitted that Matt does watch Real Housewives of Orange County, even though they are no longer together.

Gina shared, "Every once in a while he’ll text me and he’ll be like, 'By the way, you were totally right. You know, you never said that, and I know you never said that.'" So Matt is capable of peacefully co-parenting and supporting Gina's new Real Housewife lifestyle. He sounds like the ideal ex in all honesty.

She added, "I know he’s kinda watching it. I know he’s rooting for me. He’s always … he’s my bud. Yeah. I really think this isn’t like a lighting-your-crap-on-fire type of breakup situation." Clearly not — this sounds like the most supportive breakup possible.

Breakups are hard enough already. Gina should be embraced for wanting an amicable divorce, not questioned.