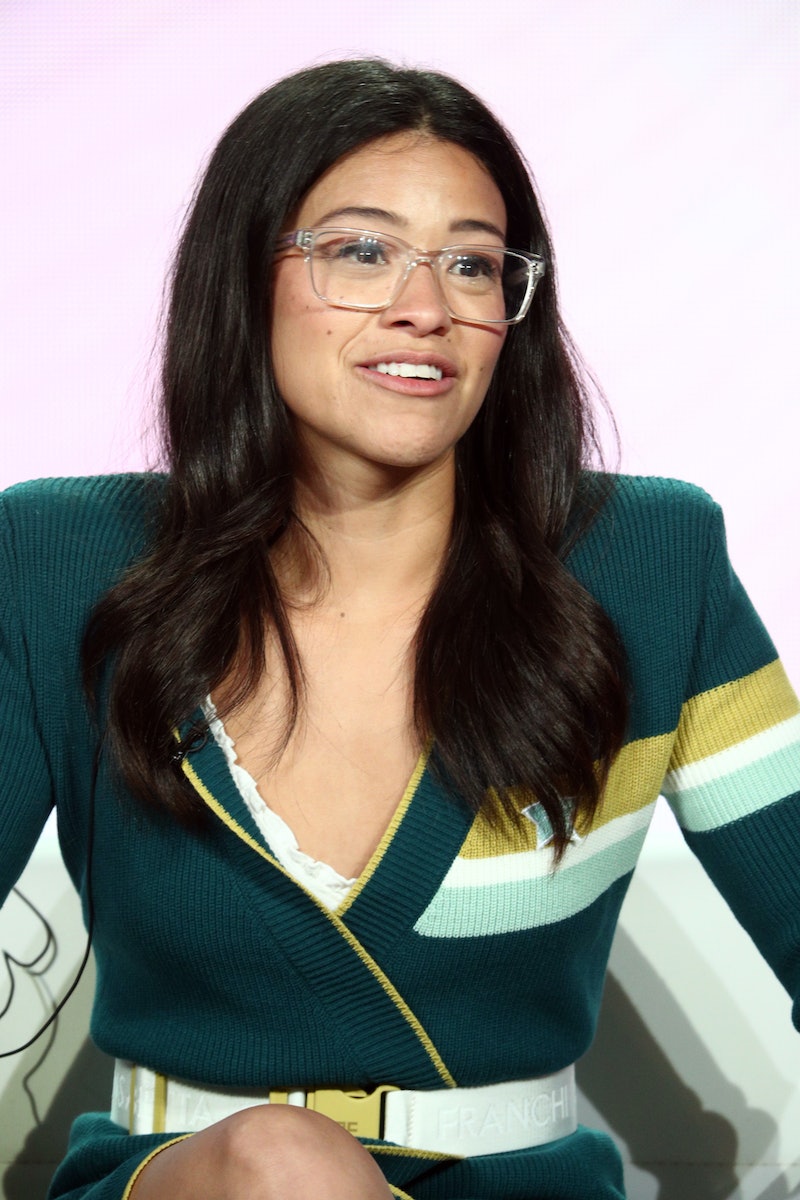 Ruh-Roh, the latest version of Scooby Doo has an official cast. Gina Rodriguez will voice Velma in a new Scooby Doo movie, according to The Hollywood Reporter. The animated movie is coming from Warner Brothers, and at least part of the official cast has been secured for the film. Rodriguez is signed on to join the Mystery Inc. crew as Velma Dinkley, and she's the perfect actor to take on the brainy character. The movie has the Mystery Inc. crew joining other Hanna-Barbera universe characters to save the world from an evil plan created by Dick Dastardly, as per THR. Velma has been beloved member of the group since the original series, and it's exciting that the Jane the Virgin star will help bring the character to life once again.

Rodriguez isn't the only exciting actor signed on to the project — at least one more member of the Scooby gang has been cast as well. The lovable coward and slacker Shaggy, who is also Scooby Doo's best friend, will be played by Will Forte. Forte is best known as a cast member on Saturday Night Live, and for creating and starring in the show The Last Man on Earth. Meanwhile, Frank Welker will reprise his role as the voice of Scooby. Welker originally voiced Fred Jones, and has been the voice of Scooby since 2002, as per SyFy. Tracy Morgan is signed on to play Captain Caveman, though his character is part of extended Hanna-Barbera universe and not one of the original Mystery Inc. crew.

Scooby Doo won't be the first voice acting Rodriguez has done. In 2017, Rodriguez joined the cast of Big Mouth as Gina for the second season of the popular animated series on Netflix. She also took on several animated film roles in recent years, playing Una in 2017's Ferdinand and Kolka in Smallfoot last year. She also voices Carmen Sandiego in Netflix's animated series based on Where On Earth Is Carmen Sandiego. (She's set to play the character in a live-action film too).

It's been a long time since Scooby Doo has been adapted for film. Scooby Doo 2: Monster's Unleashed was the last movie version, and it premiered in 2004. The film starred Linda Cardellini as Velma, and followed the crew as they tried to solve a ghost-related mystery in the Coolsonian Criminology Museum. The new movie promises more supernatural hijinks, and will be the first time the extended universe is brought to the big screen. There is little else known about the project right now, though Tony Cervone is signed on as director. Cervone is a seasoned animation director, and was a producer on a season of Scooby Doo! Mystery Incorporated.

The unnamed Scooby Doo movie will be released in 2020, according to THR. It does not have an official release date, nor has it been revealed who will play Daphne or Fred. Fans will just have to stay tuned for more announcements, but so far the exciting cast sounds perfect to bring these original Scooby Doo characters back to the screen.

More like this
Margot Robbie Breaks Her Silence On *That* Viral 'Barbie' Moment
By Maxine Harrison
The Trailer For The Whitney Houston Biopic Has Twitter Feeling Heated
By Radhika Menon
12 ’90s Movie References You Missed In 'Do Revenge'
By Radhika Menon
Paul Mescal, Man Of Mystery
By Samantha Leach and Heather Hazzan
Get Even More From Bustle — Sign Up For The Newsletter