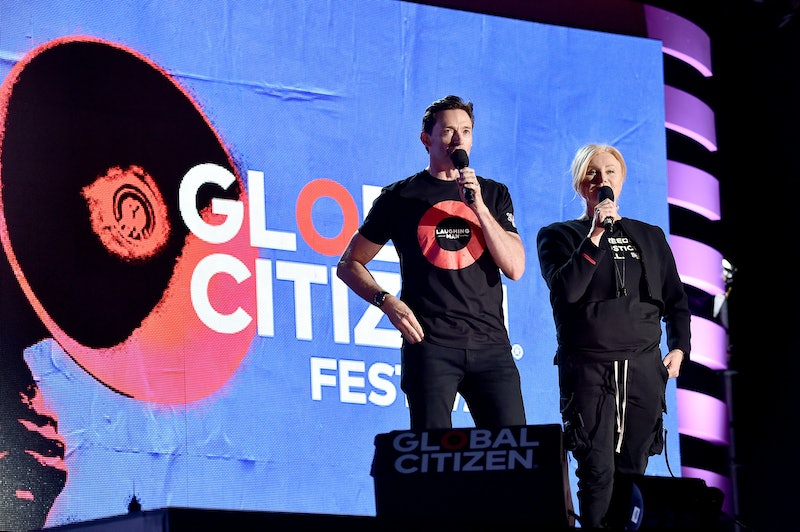 Global Citizen has curated a star-studded roster yet again to combat extreme poverty. Global Citizen Festival’s 2019 lineup includes Taraji P. Henson, Rami Malek, Bill Nye, and more in the movement to end poverty. The festival, organized by the Global Poverty Project, has enlisted Hugh Jackman and Deborra-Lee Furness once again to host the annual affair that calls on world leaders to mobilize on issues in the global movement. Along with Henson, Malek, and Nye, Matt Bomer, Rachel Brosnahan, Elvis Duran, Joy Reid, and Forest Whitaker will co-host the event alongside Jackman and Furness at the Great Lawn in Central Park in New York City on Saturday, September 28.

On July 30, Global Citizen announced that musicians Queen, Adam Lambert, Pharrell Williams, Alicia Keys, OneRepublic, H.E.R., and Carole King will headline the festival. French Montana, Ben Platt, and Jon Batiste and his band Stay Human will serve as special guest performances. While the festival is free, festival goers must download the Global Citizen app for a chance to be selected for tickets. Ticket draws will occur throughout the summer, and those selected will be notified by Global Citizen. However, don’t fret if you aren’t selected: MSNBC, NBCUniversal, and iHeartMedia will stream the festival online. The festival will also be live-streamed on YouTube and Twitter.

In a press release sent to Bustle, Global Citizen said of the intention behind the festival, “Building on momentum by activists from across the globe and coinciding with the annual UN General Assembly meetings, Global Citizens will stand together and call for government, businesses, and philanthropists to uphold their responsibilities towards fighting deadly infectious diseases such as HIV/AIDS, Malaria, tuberculosis and polio, empowering women and girls around the world, combating plastic pollution to protect the poorest parts of the planet, and building global human capital through quality education, skills, and health.”

Hugh Evans, CEO of Global Citizen, said of the event in a statement,

“After next year we will have only ten short years to achieve the UN Sustainable Development Goals. The policies and progress that we make this year, and into 2020, will determine whether we successfully eradicate extreme poverty by 2030, and failure is not an option for the world's poor. We are thrilled to have such an iconic lineup of artists, hosts, and partners join us at such a pivotal moment for this fight as we ask governments and world leaders to take action and end extreme poverty.”

The Global Citizen Festival first launched in New York in 2012. The festival seeks to mobilize world leaders to act on global commitments to end extreme poverty by the year 2030. The unveiling of the lineup comes on the heels of Global Citizen’s announcement of a new six-part docuseries Activate: The Global Citizen Movement, set to debut on National Geographic on September 5. The series will follow high-profile celebrities such as Priyanka Chopra Jonas, Common, Uzo Aduba, Jackman, and more in their efforts to fight global poverty.

As per AP, the following narratives will be explored in Activate: The Global Citizen Movement: Common as he fights for criminal justice reform, Chopra Jonas as she advocates for girls’ education, and Jackman as he prepares for the upcoming 2019 festival — among other celebrities’ efforts.

The 2019 Global Citizen Festival will take place on September 28 in NYC. Here's to more efforts to mobilize on impactful global issues.