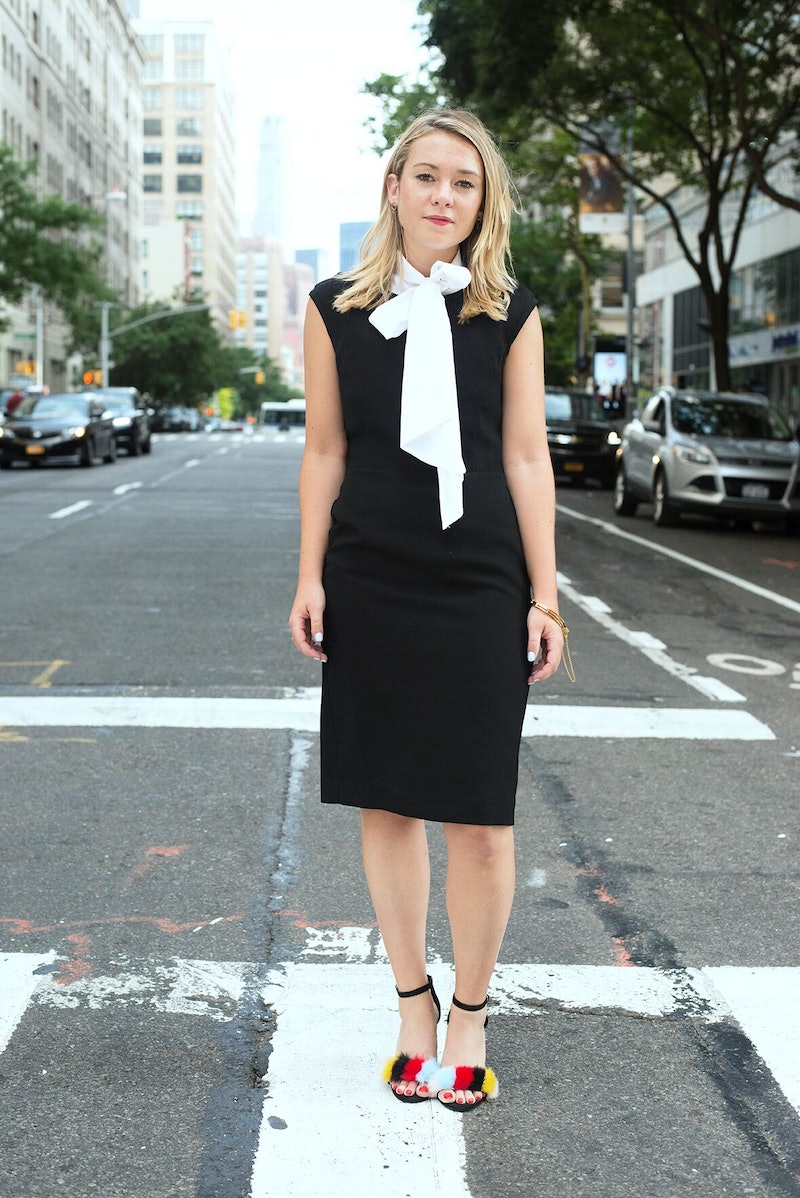 Polly Rodriguez’s life changed following a stage three cancer diagnosis — which lead to early menopause — at the age of 21. But she beat the odds in more ways than one: Over a decade later, she’s a proud survivor and the successful business owner in a stigmatized industry. Hailing from St. Louis, Rodriguez now resides in New York City and is the co-founder of Unbound, a sexual wellness company established in 2015.

When I was 21, I was diagnosed with stage three B colorectal cancer. I had to go through menopause as a result of radiation treatment, and it took me awhile to realize what that meant to me, as a woman.

I think when you go through cancer, you’re just so grateful to survive. My prognosis was pretty bad in that the cancer spread to my lymphs; they gave me a 30% chance of survival, and an 80% chance that the cancer would come back.

At the time, the doctors sat me down and said, because of where the radiation was going to be in my body, it was basically going to nuke my reproductive organs so I’ll never have children; that was all they really said to me. I don’t think that was out of maliciousness — I love my doctors — but I think it’s more reflective of the massive gap for women, non-binary, and trans patients when it comes to sexual wellness, generally. Nobody told me that I was going to go through menopause. Nobody told me that I was going to need to use lube for the rest of my life. Nobody really talked to me about the implications of what going through menopause at 21 meant.

So I found myself, as most millennials do, Googling and looking for answers. I reached out to a friend who is a nurse practitioner, and she was the one who suggested that I go buy lube. The shopping experience was pretty horrific and kind of always stuck with me, but it wasn’t until 10 years later that I kind of put two and two together. I was working in the startup industry and wanted to start something on my own, and I was like, ‘Oh. How is nobody doing this yet?’

I wanted to make both information and the shopping experience of sexual wellness products more relatable and approachable than what I had experienced in the Midwest, having ended up in one of those shops on the side of the highway next to the airport. I think unfortunately, for a lot of people who don’t live in cool cities like New York, if they want to shop in this category, that’s what’s available to them.

As a 21-year-old with a poop bag and a 30% chance of living for five years, I realized that life is too short to not swing for the fences.

It was interesting to see the difference between my mom and my dad’s reactions to Unbound. My dad was kind of like ‘do whatever you want.’ It’s not that my mom didn’t support me, but she was just so concerned about what would happen to my professional reputation if I couldn’t make Unbound work. Her perspective was, ‘If this fails, you’re never going to be able to get a job. People are going to look at your resume, and how are you going to explain what you used to do to them?’ I think that is so true as to why we haven’t, historically, had women developing or designing vibrators — because of that reputational risk.

But they’re huge supporters now, and I think that it’s brought us, as a family, closer together. Having had colon cancer, I had an ileostomy bag, and there’s nothing more humbling than having a literal bag of shit that you have to wear. Once your family’s dealing with that, and helping you navigate that, you kind of just learn that our bodies are our bodies. It’s scary to be vulnerable, especially around your family, but ultimately, if you’re brave enough to vulnerable, it just brings you closer together.

When my co-founder, Sarah Jayne and I started Unbound, the rejection was endless. It was two and a half years of hundreds of rejection emails and phone calls, and people telling me that it would never work or that it was too high-risk. But what cancer prepared me for was the reality that there’s not much to be afraid of in life. I think, as a 21-year-old with a poop bag and a 30% chance of living for five years, I realized that life is too short to not swing for the fences. I think cancer creates people who are fearless in a way; what can be scarier than being told you’re going to die?

I can’t take credit for our company name. Sarah Jayne was alone on the Amtrak train — and in the early days of starting a business, you’ll talk to anyone who will listen. There was an older woman that she was talking to, and the woman was telling her about the sexual adventures she had when she was younger. As she got up to leave the train car, she turned around to Sarah Jayne and said, “You know, I guess I’ve just always been a little unbound.”

As told to freelance writer Karen Tietjen. This interview was edited for length and clarity.