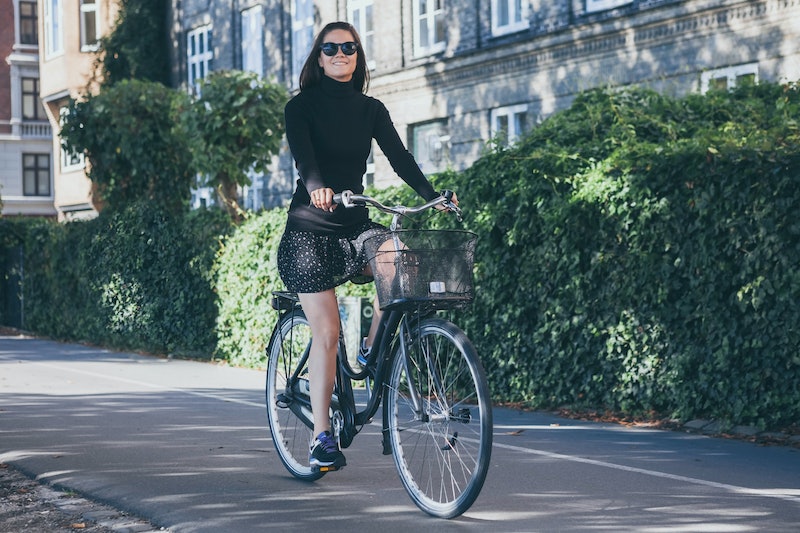 If Google Maps is your trusty travel sidekick, it's about to become your must-have travel accessory this summer — especially if your favorite mode of transportation is biking. On Wednesday, Google Maps launched a bike-finding feature in major cities with bikeshare programs that will not only help you find your way to the nearest bikeshare hub, but also find your nearest available bike. This new feature pulls in real-time bikeshare data from 24 cities in 16 different countries. Aka, ready to for a picturesque, worry-free bike ride in the Netherlands this summer thanks to Google Maps. If this initiative sounds familiar, it's because the feature was tested out in New York City last summer. The trial went so well, Google Maps decided to share the goodness internationally.

Now, if you're in any of the following cities, you'll be able to use this feature:

With the tap of a finger, you'll be able to find out which bike stations have a bike ready for you, and find directions to get there, of course. To use the feature, all you have to do is search for the name of your bikeshare of choice in Google Maps. From there, it will show you all of the stations near you, and the number of available bikes at that station — which can be super helpful in letting you know which station to book it to. Aka, if there's only one bike left, you might want to look elsewhere, especially if the station is far away.

And just to be clear, while this is definitely a great tool for traveling, it's not just for that: you can use this function anywhere, even in your home city. So, no shame if you rely on Google Maps for every day navigation in your hometown! What's more, Google Maps helps you find the ~best~ routes, which also means the safest routes. So even if you know your city like the back of your hand, you can still benefit from the turn-by-turn directions.

According to a press release from Google Maps, there's now an estimated 1,600 bikeshare systems and more than 18 million shared bikes in urban centers worldwide. For comparison, ten years ago there was only about 130 global bikeshares. That's a lot of new bikeshare programs and a lot of commuters and travelers who are interested in staying above ground, off the rails, and keeping it green — which is pretty cool. Especially when you think about how popular something has to be before Google Maps can confidently add it to their functionality.

This new feature and the new technology behind it is made possible thanks to Google's partnership with Ito World. Ito World is a realtime traffic data resource that sends a new global bike share data feed directly into Google Maps. Ito World is constantly collecting information about what's going on with public transit and making sure that your Google Maps app is constantly reflecting the current conditions — down to exactly how many bikes are currently available at the bikeshares near you. This data also makes a bird's eye view possible on Google Maps on Android and iOS. The Google Maps bikeshare function is available today in the listed cities worldwide, with more locations and partnerships to be announced in the near future.