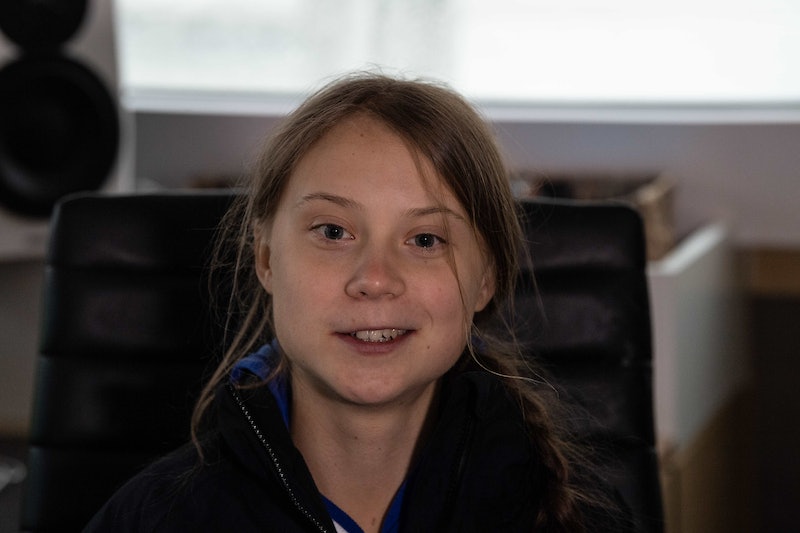 From leading the climate strikes in September, addressing the UN, and being nominated for the Nobel Peace Prize, 2019 has been a massive year for Greta Thunberg. The 16 year-old environmental activist has rallied people across countries as well as world leaders to stand up and do something about climate change. Her passion and persistence has been inspiring to so many people and she’s ending the year in a pretty big way. Greta Thunberg will guest edit the Today Programme on BBC Radio 4 before the New Year. She’s shaped the way we talk about climate change and the effect our lifestyles are having on the environment and will use her guest spot to explore what needs to be done in the new year.

Guest editing BBC Radio 4’s Today Programme would be daunting for some of the most experienced broadcasters. However, after a year of addressing world leaders, leading protests of millions, and cultivating an international following Thunberg should take it all in her stride. The BBC said that on Dec. 30 listeners will be able to listen to Thunberg. As part of the show she’s editing she has commissioned reports from the Antarctic and Zambia. There will also be an interview conducted by Mishal Husain with the Governor of the Bank of England, Mark Carney. Speaking about the Christmas broadcasts Director of BBC Radio and Education, James Purnell said in a statement, “there’s something for everyone in our line-up, and whether people listen live on-air or [stream] our great audio on-demand, I hope they come to BBC Radio this Christmas to discover and enjoy the best audio there is.”

There’s serious cause for excitement this Christmas if Radio 4 is your jam. Thunberg is just one in a line-up of exceptional individuals who’ve shaped the world as we know it in 2019 and will be guest editing the Today Programme over the festive period. Turner Prize-winning artist Grayson Perry kicks off the guest editing spots and will look at stereotyping and conventional thinking. After that Baroness Hale of Richmond, President of the Supreme Court in the UK, invites the Today Programme to her home in Yorkshire and will then explore the issue of coercive control. After Christmas BBC critic and former Editor of the Daily Telegraph Charles Moore will focus on freedom of expression. Then, on Dec. 30 Greta Thunberg will take centre stage. To end the stint of guest editors rapper, broadcaster, and acclaimed spoken word artist George The Poet will report from Uganda and explore issues around identity, questioning the idea of ‘value’ and how society apportions it.