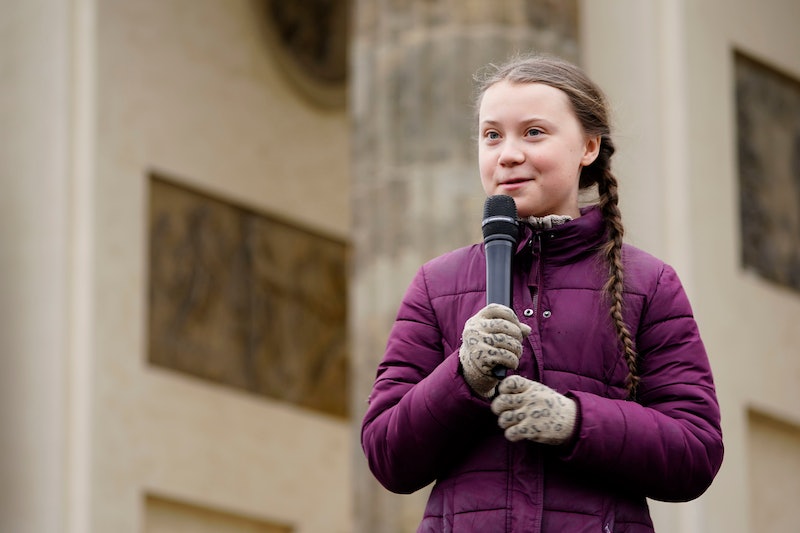 Reflecting on how fast the year has passed is definitely a sign of getting old but in less than two months 2019 will be over, the last fireworks at your New Year's celebrations will have gone off, and hopefully you got the New Years kiss you wanted. It’s hard to sum up a year in a few words, never mind one term. However, that’s what the Collins Dictionary does every year and you’ll hardly be surprised by this year's winner. 'Climate Strike' is the official word (or phrase, really) of 2019 according to Collins Dictionary and, when it comes to influential individuals, the teen that inspired this phrase has to be one of the biggest world changers of 2019.

“A form of protest in which people absent themselves from education or work in order to join demonstrations demanding action to counter climate change.”

It’s the form of protest that got the world's attention after climate change activist Greta Thunberg encouraged students and people to take to the streets to raise awareness for the climate change crisis. Throughout 2019, millions of school children followed Thunberg's lead and marched against the lack of action being taken. In September 2019, an estimated seven million people joined the worldwide climate strike, also known as the Global Week for Future.

Speaking to the Independent about this year's winning word, language content consultant at Collins Helen Newstead said, “‘Climate strikes’ can often divide opinion, but they have been inescapable this last year and have even driven a former word of the year.”

Single-use was crowned the 2018 word of the year by the Collins Dictionary and each year, a list of 10 new and notable terms are drawn up with one of being crowned the word of the year. 'Climate Strike' may have taken the top spot in 2019 but influencer, rewilding, cancel, non-binary, and hopepunk were all in the shortlist.

As well as the general word of the year list, Collins Dictionary have a special Brexit lexicon list. It’s hardly surprising that the biggest political issue of our time has developed some pretty unique phrases. This year, 'milkshake' made it onto the list... for obvious reasons. Speaking to the Independent about the special Brexitcon list, Newstead said:

“The Brexicon could be even longer, but we feel our selection sums up many of the key themes since Collins named Brexit Word of the Year in 2016. As the process continues through this latest ‘flextension’, no doubt more words will emerge until we come to a ‘Brexend.’”

It seems right that the word of the year reflects one of the biggest events and influential people of 2019. The Climate Strikes have made headlines throughout 2019 and so many people have taken part in them. Crowning it the word of 2019 is just the cherry on top of the cake.