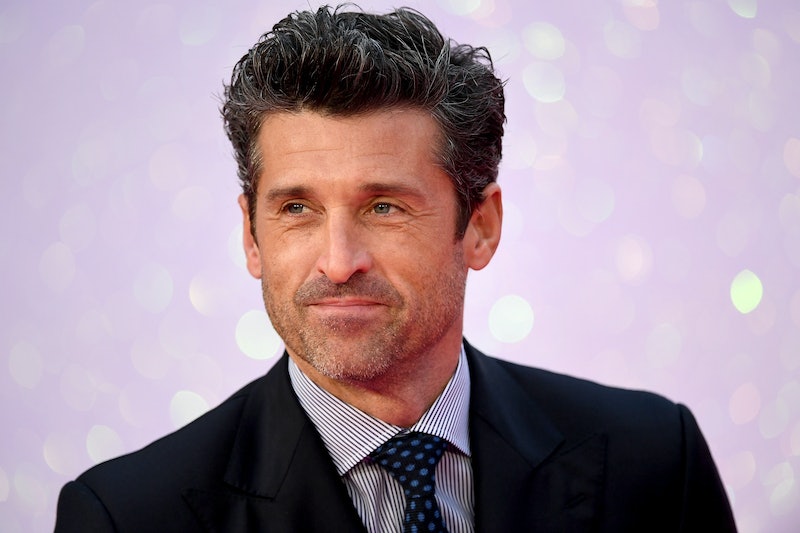 You've definitely heard her name, and now that Grey's Anatomy cast Amy Acker as Derek's sister Kathleen, fans will also finally get to see the mysterious fourth Shepherd sister's face, too. (It only took 15 seasons...) Acker, who currently stars as Caitlin in Fox's sci-fi series The Gifted, will step into the pivotal role in an upcoming episode centered on fictional sis Amelia Shepherd (played by Caterina Scorsone) — though the exact date is TBD, TVLine reported on Wednesday, Feb. 13.

While not a whole lot is known about Katherine (or "Kate," as she's been referred to on the show), she is very much part of the Shepherd family business, practicing as — what else — but a doctor, of course. (Kate's specialty is psychiatry.) Aside from neurosurgeon Amelia, fans previously met her and Derek's (Patrick Dempsey) other sisters Dr. Liz "Lizzie" Shepherd (Neve Campbell) and Dr. Nancy Shepherd (Embeth Davitz), an OB-GYN, in past seasons. Up until now, Kate is the only sibling to not appear onscreen.

Also known about the elusive Kate: She's married and has kids — and might be a tad bit abrasive. Per E! News, during a Season 9 episode, Meredith (Ellen Pompeo) remarked that while Kate seems like a good mother, she wouldn't really like to hang out with her.

Fans may also recall that in the 2012 episode titled "Love Turns You Upside Down," Meredith also gave surgical intern Heather Brooks (Tina Majorino) the awkward task of calling all of Derek's sisters (unbeknownst to Derek, of course) to see if one of them was willing to donate nerves to restore McDreamy to "full super neurosurgeon status," per ABC's description. And let's just say when poor Heather essentially compared the Shepherd women to angry wolves, based on her phone convos, it didn't paint the most loving portrait.

For now, Acker, who's also previously appeared on Angel, Alias, and Person of Interest, has only committed to one episode of the long-running ABC medical drama, according to TVLine — but her presence is sure to make a huge impact. Whether or not Kate's psychological expertise will come into play remains to be seen, but Amelia has certainly been put through the wringer as of late.

In addition to the fact that she's been dealing with the shock of her ex husband Owen (Kevin McKidd), with whom she recently reconciled, expecting a baby with his best friend Teddy (Kim Raver), there's also the matter of teen foster daughter Betty. In a recent episode she found out that Betty is actually a runaway named Brittany, who lied about her identity to hide from her birth parents.

Scorsone, for one, is looking forward to seeing how it all plays out. “I’ve been doing the show for a long time and just hearing what [the episode is] about fills me with nervous excitement,” the actor told TVLine of the Amelia-focused episode, which they noted will be written by Julie Wong and directed by Bill D’Elia. “It’s not just, ‘Let’s follow Amelia to the neuro lab.’ It’s definitely a little standalone. It’s almost like a little movie on its own.”

Anyone who's even casually watched Grey's over the years knows — especially with Acker onboard as Kate — that "little movie" will almost definitely fall under the category of family drama.