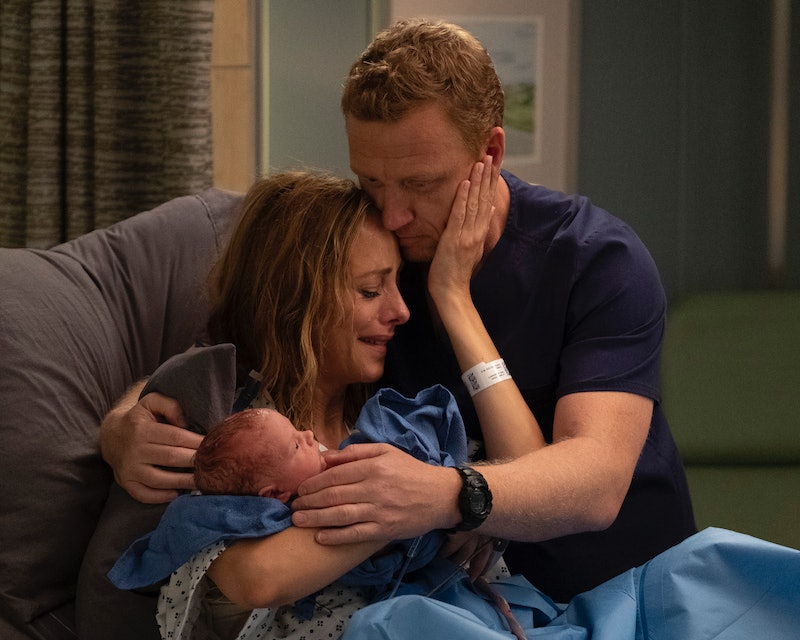 Grey's Anatomy may have wrapped up its 15th season back in May, but it's never too early to start thinking about what the future holds for some of our beloved Grey Sloan Memorial doctors. Naturally, fans can expect a decent amount of drama to occur throughout the season, however, details about Grey's Anatomy Season 16 seem to indicate that a happily ever after could be in the cards for at least one couple.

During a recent interview with People, Kim Raven opened up about Teddy and Owen's future now that their baby girl has been born — and for those who still find themselves shipping the duo, you may be in for a very happy surprise in regards to where their relationship is heading next season. "I love that moment when she was in Germany and she was like, 'get out!'" Raven explained, in regards to that epic fight between Teddy and Owen back in Season 14, just before she found out she was pregnant. "That was a really transformational moment for Teddy because she's always been there for everyone else."

It also left many viewers wondering whether these two would ever find their way back to one another, and at the end of Season 15, it looked like it may finally happen — a possibility that Raver assures fans will continue on in Season 16. "I think Owen has a done a lot of work on himself," she added. "They're in a really great place to be in an amazing relationship now."

But in true Grey's Anatomy fashion, someone's happiness is going to come at another's expense. Throughout the vast majority of Season 15, Teddy was dating Tom Koracick, which slowly morphed into a fairly serious relationship. So much so that he was definitely looking forward to being a significant figure in the child's life. He was even shown putting the crib together as Teddy and Own shared a special moment together when Teddy went into labor.

Considering that Greg Germann, who plays Koracick, was promoted to a series regular for Season 16, odds are this love triangle will become a prominent part of the storyline. "I mean, of course they had poor Tom doing the baby crib and eating a sandwich, I was like, really?" Raven stated during the same interview. "You're going to have to tune in [to find out what happens]." Something tells us, though, that he's going to be none too thrilled to discover that Owen has wormed his way back into Teddy's heart. Koracick has been nothing but kind and supportive of Teddy since the two of them first met (which is more than Owen can say), so it's sad to think that he'll be all alone and heartbroken.

Will he fight to win Teddy back or find love elsewhere? Fans will find out soon enough this fall, but in the meantime, Teddy and Owen shippers can rest easy knowing that these two former flames have a bright and happy future ahead of them. How many characters on Grey's can say that?