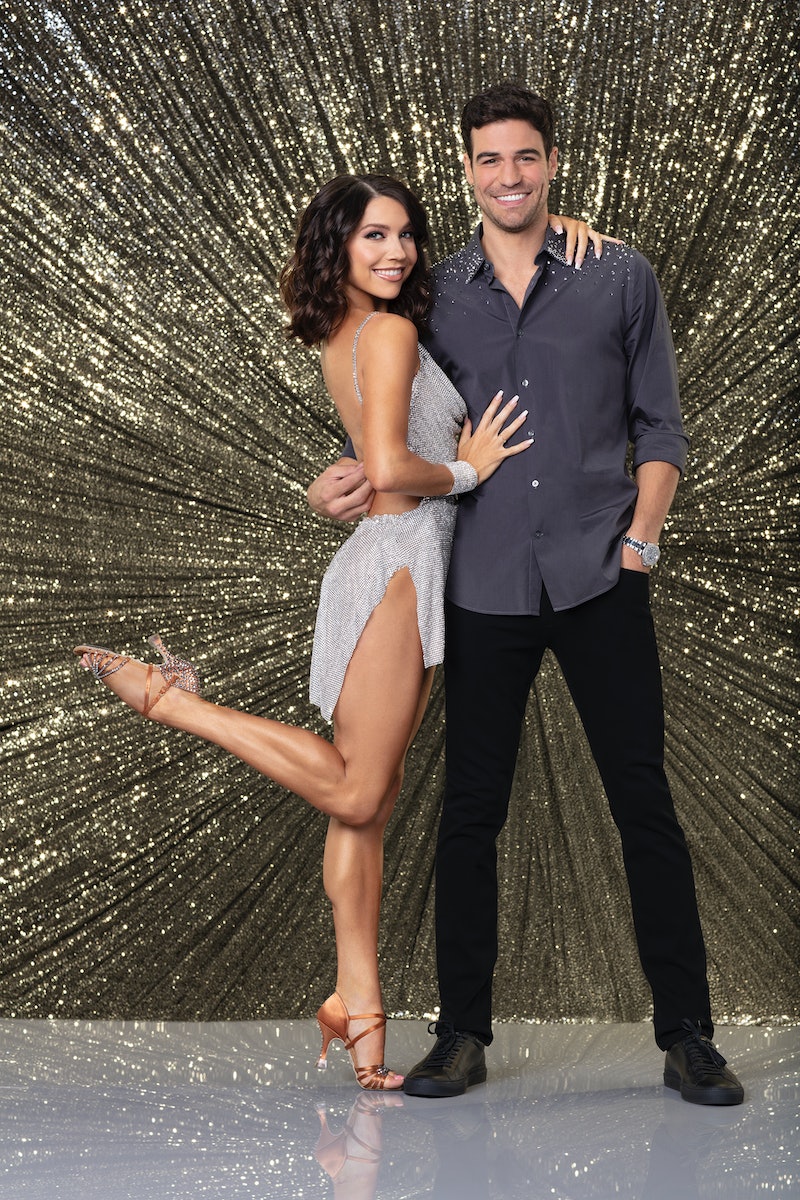 Bachelor in Paradise Season 5 may be over, but lucky for many of us reality TV lovers, there will still be a way to keep Grocery Store Joe in your life and up on your television screens. It was announced on Tuesday night that the BIP and Bachelorette alum will be heading to the ballroom to compete in Season 27 of Dancing With the Stars. But while he's bound to have most of Bachelor Nation in his corner, cheering him on to win that coveted Mirrorball trophy, Grocery Store Joe is nervous to compete on DWTS and the reasoning behind it will just make you love him even more than you already do.

“I’m going to start doing some yoga. I’m very nervous,” Joe said to Us Weekly immediately following the Bachelor in Paradise finale. “I don’t know how to dance … like, I don’t know how to dance at all.” Considering that Dancing With the Stars is first and foremost a dancing competition, it makes sense that Joe's lack of experience is making him anxious to face the judges' panel. However, one of the things that they look for is improvement, so as long as Joe works hard and remains positive, he could end up going pretty far this season. Maybe he'll even end up surprising himself and become a natural dancer.

The good news is that despite his fear, he's still looking forward to taking this journey out of his comfort zone. "I'm happy about this, it's gonna be great. I don't know how to dance, don't know how I'm going to do. I'm actually having a panic attack right now, if you can't tell," he jokingly told Entertainment Tonight at the taping of the BiP reunion show. "So it's great. It's gonna go really well for me. Super excited!"

Joe may be going back and forth in the confidence department, but the truth is that this guy thrives in the face of a challenge. He was initially introduced as one of Becca Kufrin's contestants on the season premiere of The Bachelorette, but ended up leaving without a rose that very same night. Fans were instantly outraged that such a catch had been overlooked, and their adoration on social media ultimately led to him being cast in Season 5 of Bachelor in Paradise, where he continued to make America swoon.

Joe fell for Kendall Long almost instantly and remained by her side throughout the entire season — even when her own feelings seemed to waver. (Thankfully, she came to her senses later on and they are now a full-fledged couple.) But the point is, he's the ultimate underdog that viewers love to root for, which makes him a perfect candidate for a show like Dancing With the Stars, regardless of how much (or how little) dance experience he has.

The good news is that Joe will have Kendall to lean on for support throughout this whole process, since his participation in the show temporarily relocates him to Los Angeles, which is where she resides. As for whether or not this means that they'll be moving in together, Joe wants to take things slow for now. "I don't know if we'll jump into that right away. But we'll be close to each other," he told ET during the same interview. "We're just gonna take it stride by stride right now." Maybe she'll even be able to help him out with a few dance moves along the way.