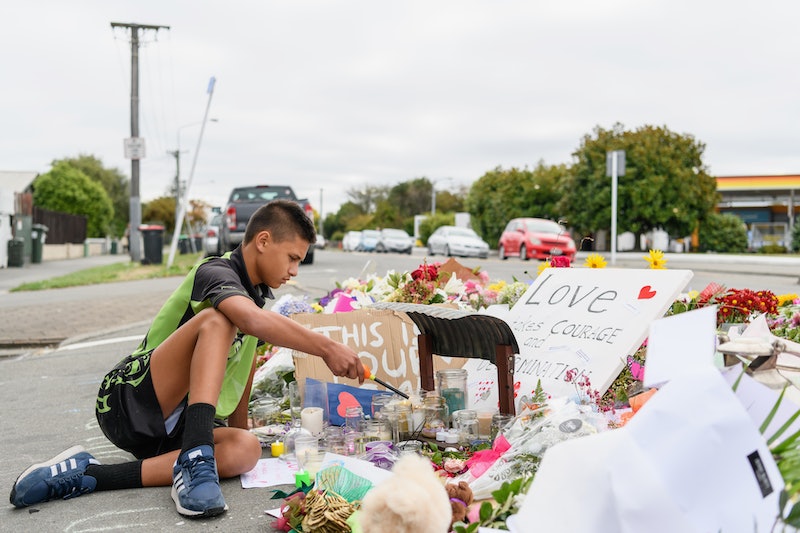 Lawmakers in New Zealand have vowed to strengthen the country's gun laws in response to shootings at two Christchurch mosques that left 50 people dead. According to Prime Minister Jacinda Ardern, New Zealand will announce new gun reform measures within 10 days of the Christchurch attack.

"Cabinet today made in principle decisions around the reform of our gun laws," Ardern told reporters Monday in a press briefing held after her weekly cabinet meeting. "I intend to give further details of these decisions to the media and public before cabinet meets again next Monday. This ultimately means that within 10 days of this horrific act of terrorism we will have announced reforms which will, I believe, make our community safer."

Ardern called the cabinet's decisions regarding gun reform one of several "preliminary" decisions made that day. However, she stressed that the cabinet had been "absolutely unified and very clear" in recognizing the Christchurch attack as "the worst act of terrorism" to have happened on the country's shores.

"It has exposed a range of weaknesses in New Zealand's gun laws," Ardern said of the shootings. "The clear lesson from history around the world, is that to make our community safe, the time to act is now."

The prime minister went on to acknowledge that the cabinet's decision to move forward on gun reform might leave some gun owners with "a small degree of uncertainty" for "a short period" of time. She particularly acknowledged those who own guns for what she called "legitimate reasons" and those who live in the country's rural communities.

"I want to assure you that the work that we are doing is not directed at you," Ardern said. "In fact, I strongly believe that the vast majority of gun owners in New Zealand will agree with the sentiment that change needs to occur."

Arden said she believed the majority of New Zealand's gun owners would be "with us" on gun reform.

According to Reuters, the owner of Gun City, a gun shop that touts itself to be "New Zealand's largest firearms dealer," agreed that the shootings had raised some valid concerns and said he supports the prime minister's decision to reform the country's gun laws. Gun City's owner also confirmed that the man alleged to be responsible for Friday's fatal attacks had legally purchased ammunition and four weapons from Gun City's online store between December 2017 and March 2018. The shop, however, has said it did not sell the suspected gunman any military-style, semi-automatic weapons, which are alleged to have been used in Friday's attacks.

While Arden has announced that New Zealand could expect gun reform measures to be rolled out within 10 days of the Christchurch shootings, she has not yet elaborated as to what those reforms might be. The prime minister has, however, previously said she supports banning semi-automatic weapons, Reuters has reported.

On Monday, Arden encouraged anyone thinking about voluntarily surrendering their firearms to police to go ahead and do so, adding that she applauded the effort of those who had already done so.