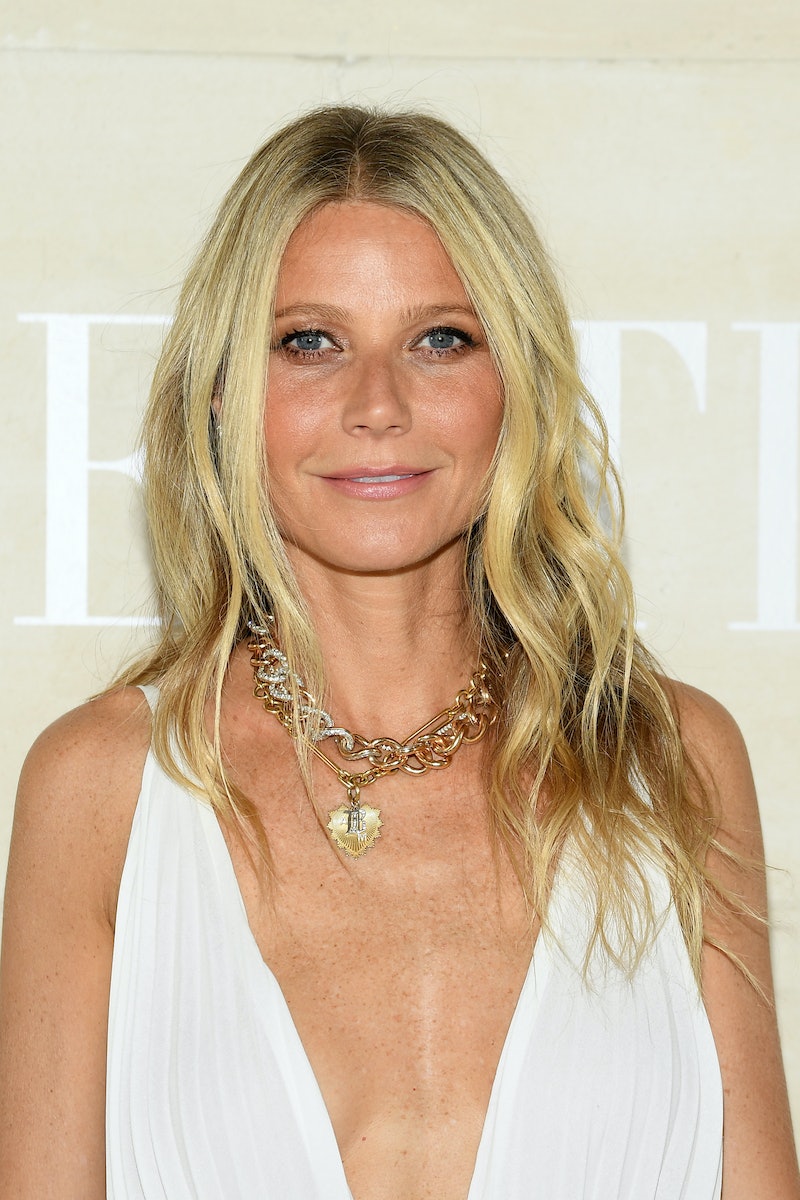 Gwyneth Paltrow is continuing to speak out regarding a rather serious issue. Back in 2017, the actor joined dozens of women in sharing sexual misconduct allegations against Harvey Weinstein (which the producer has repeatedly denied). And as she revealed in a new interview, the reason Paltrow came forward about Weinstein ties back to her family.

On Thursday, Sept. 26, Paltrow made an appearance on the Today Show, which fell a couple of weeks after Jodi Kantor and Megan Twohey — the reporters who broke the Weinstein story for The New York Times in October 2017 — were on the program. This prompted Today host Savannah Guthrie to ask the Politician star whether she was scared to come forward with her own sexual harassment claims against the producer. "I was really scared," Paltrow responded. "I think society had shown us only basically examples where women coming forward ended up not being advantageous for the woman but I really felt like it was time."

Even though she was scared to open up, Paltrow said it was necessary because she wanted the conversation to change for future generations, including her daughter, 15-year-old Apple Martin (whom she shares with ex-husband Chris Martin). “I think also having a teenage daughter that’s the love of my life, and worrying about her going into the workplace and feeling like if there was ever a chance that there could be a cultural shift on this stuff, I wanted to participate in,” she said. “I never could have imagined that collectively a shift this seismic would happen, but I feel proud that I have a small part in it.”

Shortly after Kantor and Twohey's Times report about Weinstein was published in 2017, another article came out featuring even more allegations against the producer from actors such as Angelina Jolie and Paltrow. When she was 22 years old, Paltrow was cast as the lead in the Weinstein-produced film Emma. Shortly after, Weinstein allegedly invited her to his suite at the Peninsula Beverly Hills hotel under the guise of a work meeting. Paltrow then alleged that he placed his hands on her and suggested they go to his bedroom for massages.

"I was a kid, I was signed up, I was petrified," Paltrow told the Times. She recalled telling her then-boyfriend, Brad Pitt, about the alleged incident. Pitt later confronted Weinstein, who allegedly then told Paltrow not to tell anyone else, which made her fear getting fired. Regarding the claims against him, a spokesperson for Weinstein told the Times, "Any allegations of non-consensual sex are unequivocally denied by Mr. Weinstein. Mr. Weinstein has further confirmed that there were never any acts of retaliation against any women for refusing his advances."

Recently, in mid-September, Pitt addressed the Weinstein situation during an interview with CNN's Christiane Amanpour, who began by calling Pitt "one of the heroes of this story.” The actor responded by saying that the "hero" moniker may be "a bit much." He continued, “At that moment, I was just a boy from the Ozarks on the playground. That’s how we confronted things."

“I wanted to make sure that nothing happened further because she was going to do two films," he added, before going into the topic of workplace dynamics. “I think the interesting thing is that we — Hollywood specifically but the workplace, men and women’s dynamics — is being recalibrated in a very good way. It’s long overdue. I do think that’s an important story to tell.”

Back in May, multiple outlets reported that Weinstein reached a tentative $44 million agreement that would require him to compensate women who have alleged sexual misconduct against him and to the board members of his former movie company. According to HuffPost, the former producer will go on trial in January 2020 for five felony charges, including rape and predatory sexual assault. He pleaded not guilty to all of those charges and denied all allegations of nonconsensual sex.

More like this
Beyoncé & Madonna’s “Break My Soul” Remix Honors A Group Of Black Icons
By Stephanie Topacio Long
Everything To Know About 'RHONJ' Season 13
By Brad Witter and Jake Viswanath
Armie Hammer's Exes Share His Alleged Voice Messages About Cannibalism & Abuse
By Grace Wehniainen
Lauv Is No Stranger To Taylor Swift, Drake, Ed Sheeran, & Fame
By Alyssa Lapid
Get Even More From Bustle — Sign Up For The Newsletter