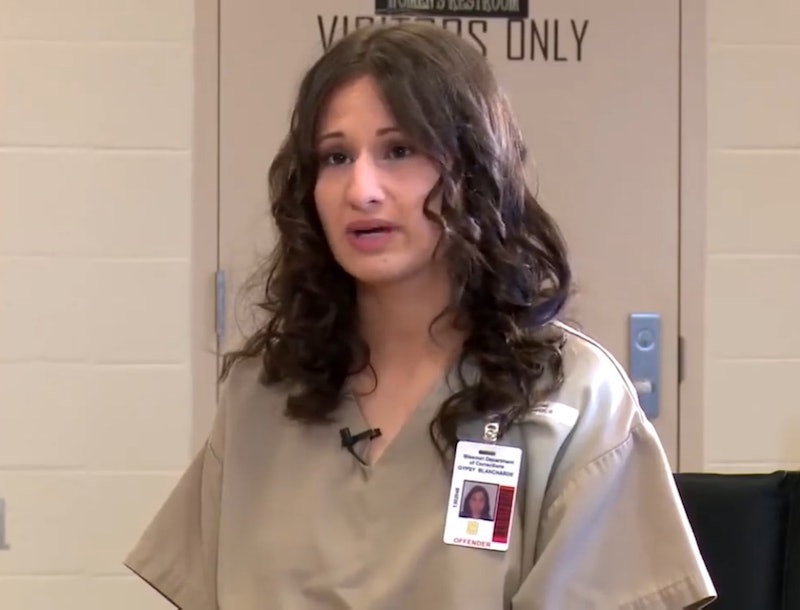 In a new letter she penned from prison, Gypsy Rose Blanchard asked supporters for "a favor." In Touch publicly shared her message on Tuesday, April 16, and, in the request, Gypsy, who's currently serving a 10-year sentence after pleading guilty to second-degree murder of her mother, Dee Dee Blanchard, wrote the following, per the magazine:

"Hello Friends and Supporters. I appreciate the continued encouragement throughout my prison sentence. Many of y’all have signed the Free Gypsy Blanchard Petition created by my father Rod Blanchard. Now, I must ask a favor, I am respectfully asking all who wish me an early release to please aid my father in his efforts for my freedom and write a letter expressing support for my early release to either the Missouri State Governor, Michael L. Parson, AND/OR the Division of the Missouri State Board of Probation and Parole."

To conclude the letter, Gypsy reminded readers that she has a parole hearing scheduled for December 2021 and used a smiley face emoticon. She included the addresses where letters can be sent on her behalf.

For those who aren't familiar: In 2015, Gypsy and then-boyfriend Nicholas Godejohn were charged for their roles in allegedly murdering Gypsy's mother Dee Dee. According to ABC News, doctors now believe Dee Dee suffered from Munchausen syndrome by proxy. As such, the condition reportedly could have led Dee Dee to fabricate Gypsy's age, as well as several illnesses that her daughter did not actually have. Godejohn is currently serving a life sentence for first-degree murder in connection to Dee Dee's 2015 death.

Gypsy has told Bustle that she had no involvement in The Act. In an e-mail statement to Bustle last month, Gypsy expressed her displeasure with The Act, writing:

Bustle reached out to both Hulu as well as Dean's rep for a response to Gypsy's statement, but did not hear back.

According to King, she was never permitted to speak to Gypsy in preparing for her role. "Legally, I wasn't allowed to," the actor told theToday show in March. "I don't even understand all the reasons."

In a separate interview with the Los Angeles Times, King explained how she did conduct her research to play Gypsy, however: "I watched the documentary countless times. I found any interviews, any home videos I could scramble on the internet. It was really helpful to have Michelle Dean on our show because I would go to her a lot. I would call her up a lot just for stories and information."

Indeed, there is much information — and polarizing opinions — surrounding the Blanchard case, and it seems that Gypsy is thankful to have supporters to lean on for help as she argues for early release.