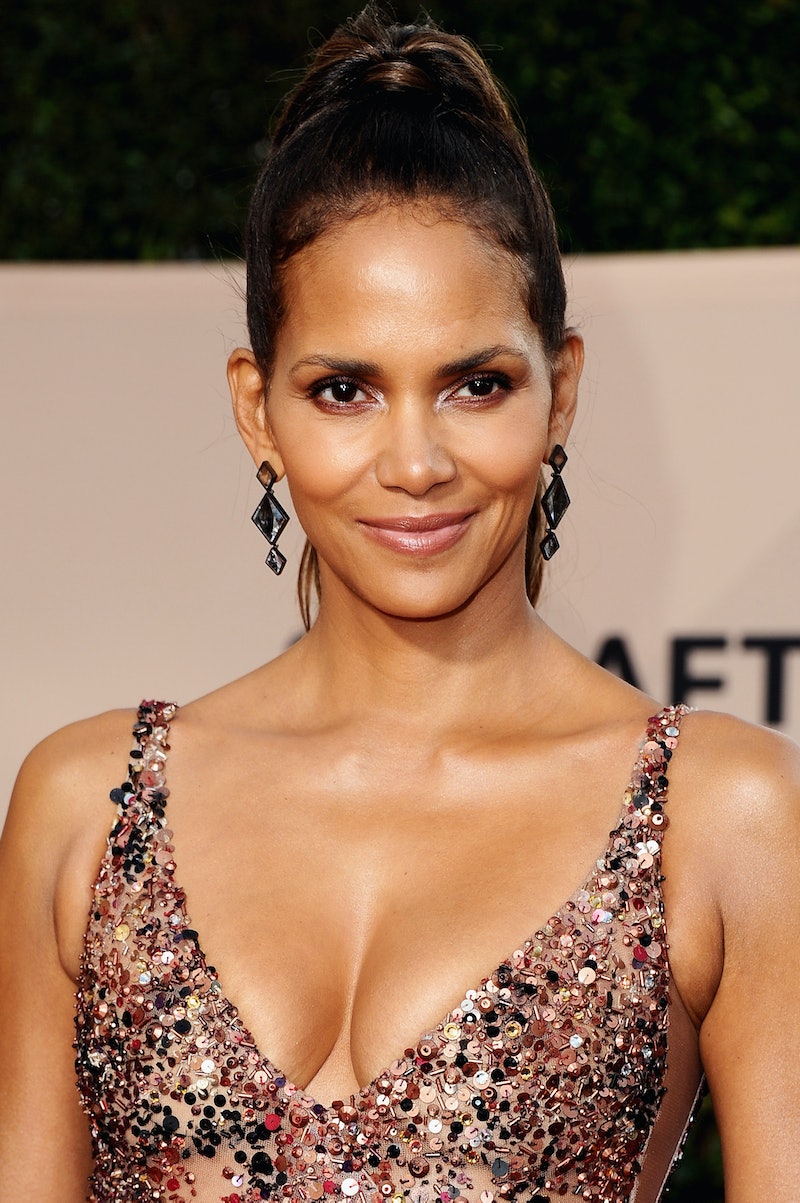 As summer simmers down, the viral Twitter party that is the #DMXChallenge is just getting started. After recognizing the many women she's played in her career, Halle Berry just shared her #DMXChallenge to social media, too, ya'll. And if you weren't already a full-blown stan before, you might be convinced to become one after watching the video for yourself.

If you're not up-to-date on "things trending on Twitter," then you've totally been sleeping on free style advice from the viral #DMXChallenge. The challenge began with Black women sharing their collection of selfie videos featuring rapper DMX's 1999 track "What These B*tches Want." The song lists 46 women (yes, the three Kims, too) that the rapper has allegedly been with. However, Black women, including Berry, are using their style to put the song in a more positive light.

The actor posted her rendition of the #DMXChallenge on Twitter Aug. 29, shortly after Jada Pinkett-Smith shared her DMX Challenge a day prior.

"Had to do it to 'em," Berry wrote following with the viral video hashtag.

Berry's version shows the actor in so many of her past roles, costumes, and characters, it's impossible not to steal inspiration from the long line of looks.

The #DMXChallenge is one of the few internet challenges that has been reserved for Black women. The viral videos haven't only allowed everyday Black women to show off their inner chameleon, but it's now crossed over into OG celebrity territory.

In only 24 seconds, Berry's fans were graced with a happy helping of clips from her roles including Angela from Boomerang, Storm from the X-Men movies, and even Nisi in B*A*P*S (Black American Princesses). After witnessing all of Berry's roles from her films slabbed into one video, you might want to rewatch her most classic films.

Berry brings a whole new light to the challenge as hers reflects the breadth of her career, as well as the different character arcs she's performed in. From iconic roles like Catwoman, where Berry goes from a shy artist to an empowered, ass-kicking cat vigilante, to her role as Karla in Kidnap, in which Berry depicted exactly what single mothers are willing to do for their children.

While the actor has had such a wide range of roles, she had still been the only Black woman to win an Oscar for Best Actress in 2015. Berry said in an interview with The Guardian that same year that she still has hope for more Black people to be further represented in film.

"I’m disappointed," Berry told The Guardian. "I’m inspired though, when I see how many people of color are doing such good work out there. The quality and value of our work isn’t determined by an award. I would like to see more of them recognized, absolutely, but we all need to find the win in the work, and doing our craft. The real win is when we’re not just selling stories of color, that people of color can be in everyday stories. Where we’re not saying: 'These are the movies for black people.'"